On the Road to Jasper National Park, Alberta 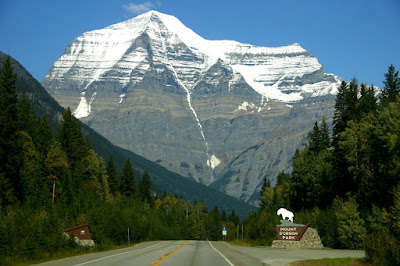 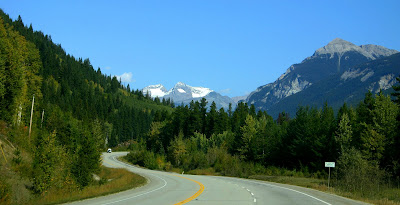 The road follows the Fraser River Valley for many miles before crossing over the Canadian Rockies to descend into Jasper National Park. One of the last views in British Columbia is Mount Robson as seen in the first picture.

Since Labor Day in Alaska and down the Alaska and Cassiar Highways we passed many closed RV Parks and stayed at several that only had a handful of RVs. So, on arrival we were shocked to find the huge Whistlers Campground, where we had stayed in June, nearly full. We wanted a full hookup site for a week, but had to settle for 2 days of dry camping (no hookups) before we would be able to move to a full hookup site. As we arrived at our assigned site we found 4 female elk laying down taking naps. Raider’s barking got them to stand up but didn’t move them out of the site, even with our diesel truck and us unhitching and setting up the trailer. They stayed munching the grass, undisturbed by our presence. 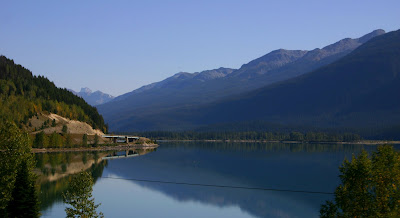 Slideshow
Posted by Grant and Kathy Webb at 10:24 AM