Adjusting to Fulltiming and a Tourist Day 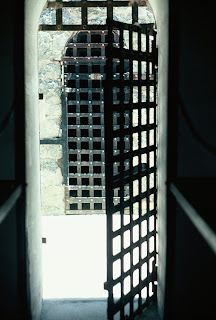 Since the Wishnies are no longer here to keep us in line we have become lazy. :-) We sleep for at least 9 hours every night (I have gotten over the habit of waking up a 5 AM every morning). Then we check email, have breakfast, etc. and finally are ready to face the world about 9:30 or 10.

Today was a day to be tourist. The weather remains lovely here in Yuma; it was low-70s and a light breeze today. Yuma is a much smaller town than I remembered it and apparently only has three tourist attractions.

The Yuma Prison Territorial Prison State Park, was in operation from 1876 until 1909. Although it is notorious 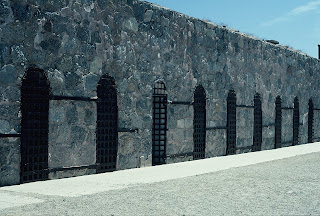 from old western movies, in reality it was considered a model institution for its time.

The other two attractions are across the river from the prison. They are Yuma Quartermaster Depot State Park and the site of the Yuma Crossing. These are actually at the same site. Yuma Crossing had been the ferry site for crossing the Colorado River long before the first Spanish explorers came to the area. Over the years as more settlers came through the area and the Quechan Indians were driven out, the crossing became a commercial ferry service and the Supply Depot for the US Army in the west. Eventually, it would also become the site of the Southern Pacific railroad bridge, which was the first bridge across the Colorado River. This site was used as a Quartermaster Depot from about 1860 until 1877 when the Southern Pacific Railroad arrived and it was no longer necessary to bring supplies in by paddle wheel riverboats from the Gulf of Mexico. 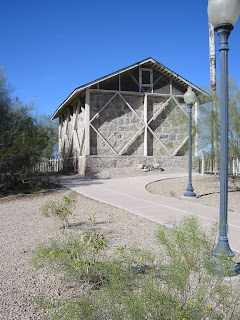 The Yuma Quartermaster Depot State Park has 6 of the original buildings but they are so “restored” the look new. It is a pretty park with wall after wall of photographs of the area over the years. 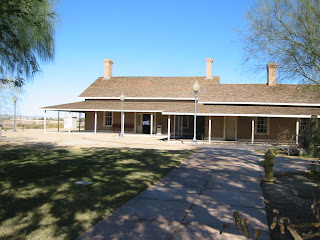 A truly unique experience of the day was during the 2 ½ hours we spent wandering around the park, we only saw 4 other people. It is almost eerie to have a State Historic Park to yourself.

Posted by Grant and Kathy Webb at 3:43 PM