Although we are writing this in late September we were actually drove the Cabot Trail in late July.

We enjoyed our trip so much to this jewel of the Atlantic Provinces, known as Nova Scotia. Staying near North Sydney we could do day trips to various places, such as Louisbourg, the Alexander Graham Bell museum, and best of all, Cape Breton Highlands National Park! I can understand why the early settlers to this area would imagine it reminded them of home in Scotland. There are Highlands with steep roads, (over 12% grade) and wonderful ocean views all around the island. From dense forests to wind blown sub alpine mountains. The national park makes up most of the top half of the island. You can have a breath taking view of the Atlantic on one side and an awesome view of the Gulf of St. Lawrence on the other. Whales are often seen from the shore. 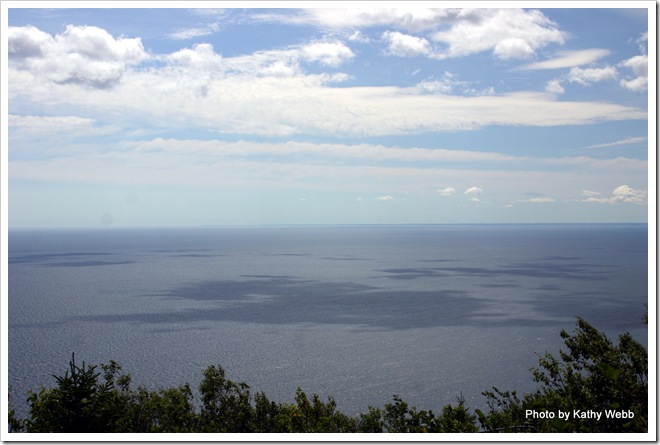 Shadows from the clouds on the Atlantic, looking hundred miles due east 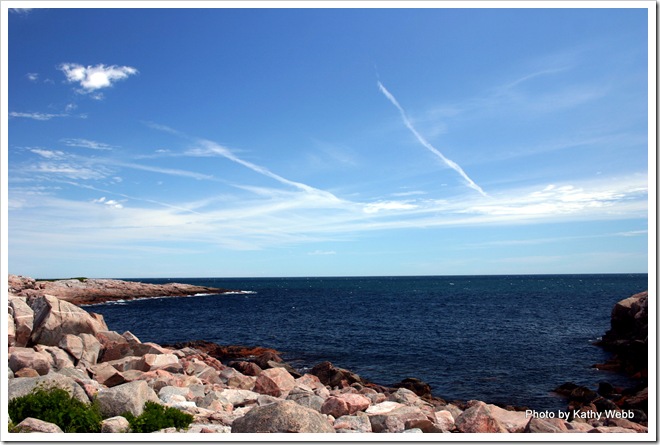 Packing a picnic, we stopped for lunch at one of the places we had seen on our first trip in 2006! It was a warm day, people were sun bathing on the beaches and the few hearty ones were swimming in the sea! It is the spot where John Cabot the explorer was thought to have landed on his voyage back in June of 1497. A memorial statue is there to mark the spot. This was just 5 years after Columbus discovers America. 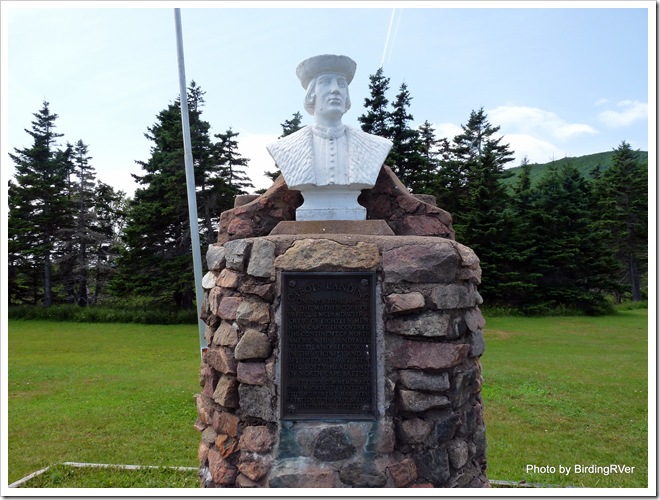 We then traveled through the forests and up & over the ridge of the island to the northern side. Here there were several small fishing villages and coves, same as they have been for the last 50 years. One of the charming towns is Cheticamp. Many of the Acadians settlers live here, so the signs are in French and English. Acadians are the descendants of the 17th-century French colonists who settled in Acadia (located in the Canadian Maritime provinces — Nova Scotia, New Brunswick,  Prince Edward Island, and Quebec)  During the French and Indian War, British colonial officers and New England legislators and militia executed the Great Expulsion of 1755-1763. They deported more than 14,000 Acadians from the maritime region. Approximately one third perished. Later on many Acadians returned to the Maritime provinces of Canada. 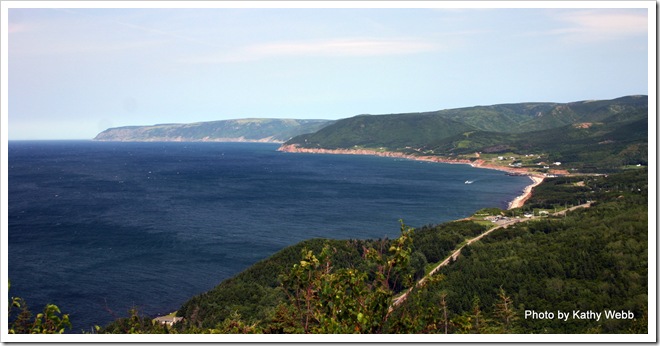 View looking back on the western side of Cape Breton Highlands

Posted by Grant and Kathy Webb at 2:17 PM