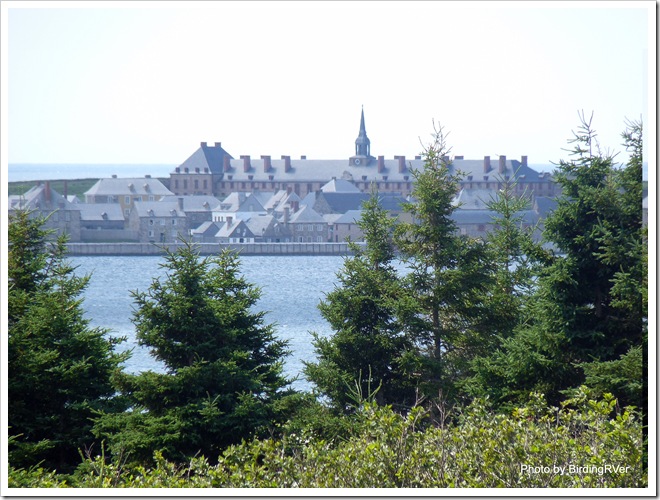 First Glimpse of the Louisbourg Fortress

Although I am writing this in late September we were actually at Louisbourg in late July.

Cape Breton Island is the northern most portion of Nova Scotia. We had been in this area briefly as part of a Birding Tour back in 2006 and wanted to return when we could travel and visit on our own schedule. First on the list of places we wanted to visit was the Fortress of Louisbourg.

Louisbourg was established in 1713 with the Fortress being constructed from 1720 to 1740 to protect against enemy incursions into the Gulf of St. Lawrence. The enemy being the British. It was also a base for French Privateers preying on British shipping from the American colonies.

In the seemingly never ending wars between England and France during the 1700s, Fortress of Louisbourg was captured by the British in 1745 and returned to France in 1748. During the French and Indian War in 1758 Fortress of Louisbourg was captured again by the British. At the end of the French and Indian War France was forced  to cede all of Canada to the British. In 1760 the British decided that with the Citadel in Halifax  they had no need for the Fortress at Louisbourg. They brought in gun powder and sappers and systematically blew up the the walls and every building in the Fortress of Louisbourg. The site remained relatively undisturbed until 1960 when Parks Canada started to rebuild Fortress of Louisbourg.  Although only 1/4 of the Fortress has been rebuilt it is still the largest historic reconstruction in North America and has many restored buildings. These buildings not only stand exactly where they did in 1760, but are mostly rebuilt with the very stones that where there in 1760.  The French had left behind very accurate drawings and plans to work from. Today there are many re-enactors in the Fortress as they have recreated a day in the 1740s. For those of you that have visited colonial Williamsburg it is similar but on a much grander scale. 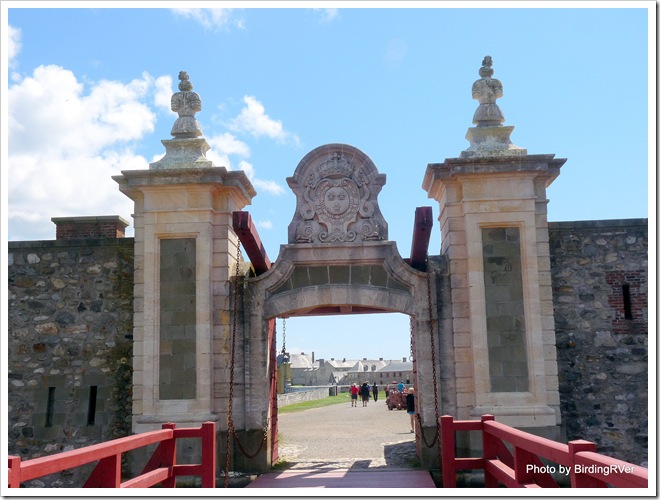 The ornate entrance gate to the Fortress 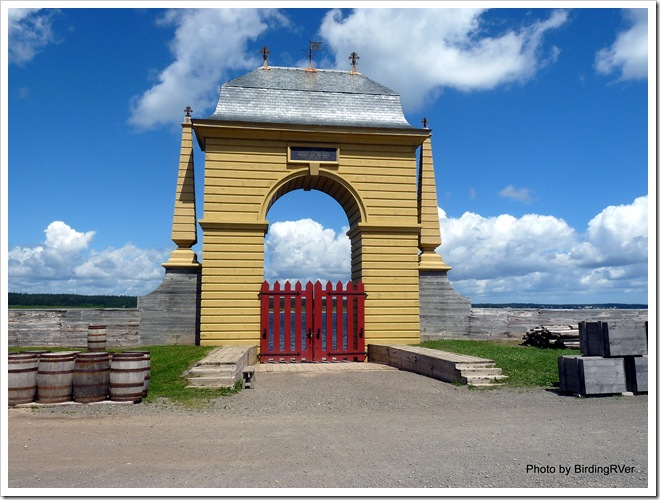 The main sea port gate on the bay 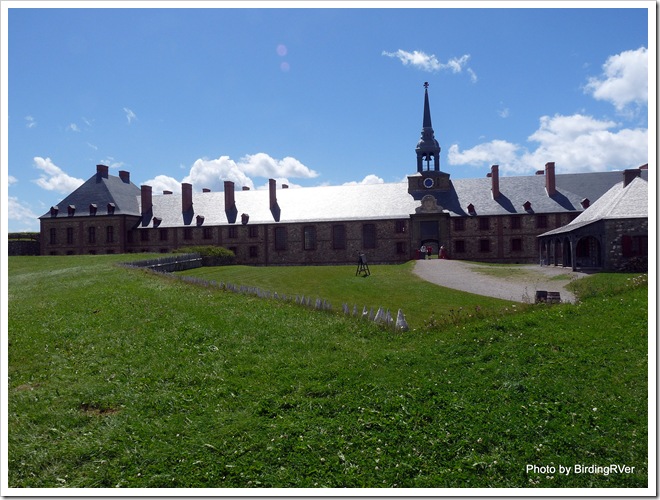 Front of the Governor's Palace 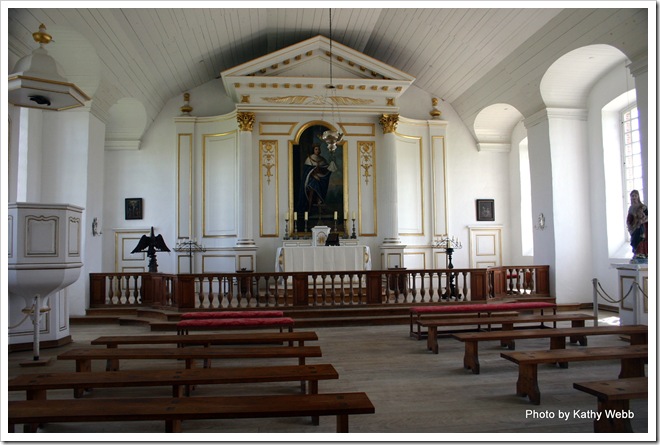 Back of the Governor's Place 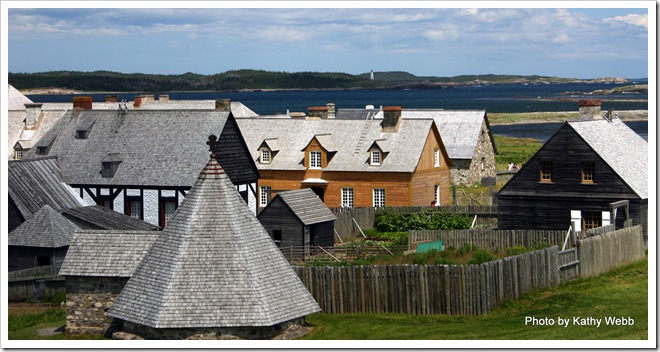 Higher view of the village within the Fortress

Slideshow of many more restored buildings

Posted by Grant and Kathy Webb at 9:46 AM