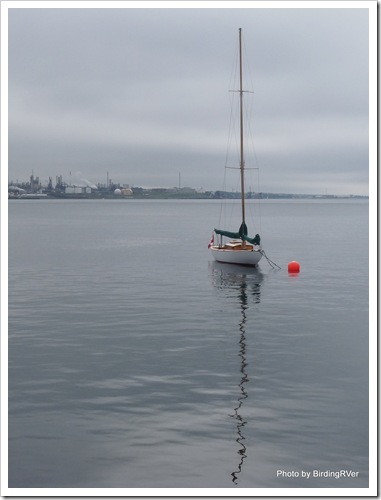 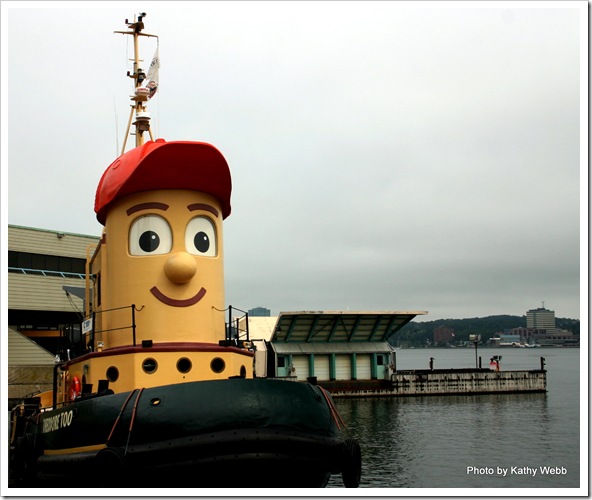 After leaving St. Martins we moved on to the area around Halifax, Nova Scotia. Halifax is a large city and the capital of Nova Scotia. It was founded in the mid-1600s as a British presence in what was then mostly French Canada. Due to its great natural harbor it became the primary base for the English Royal Navy and remains a major port. 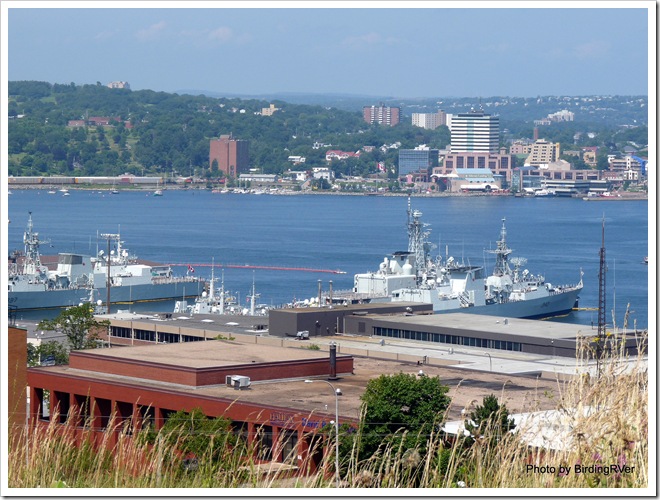 Halifax’s waterfront has walkways, shops and many restaurants. At it’s center is the Maritime Museum of the Atlantic; the oldest and largest Maritime Museum in Canada. It has many exhibits about the maritime and naval history and the shipwrecks of the area. There are even items from the the Titanic. 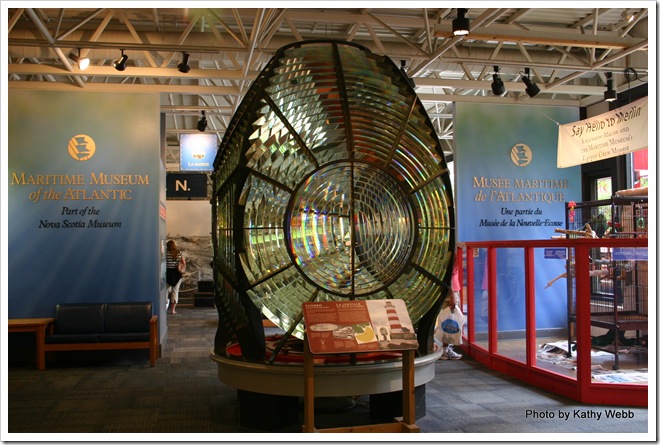 Maritime Museum of the Atlantic Exhibit 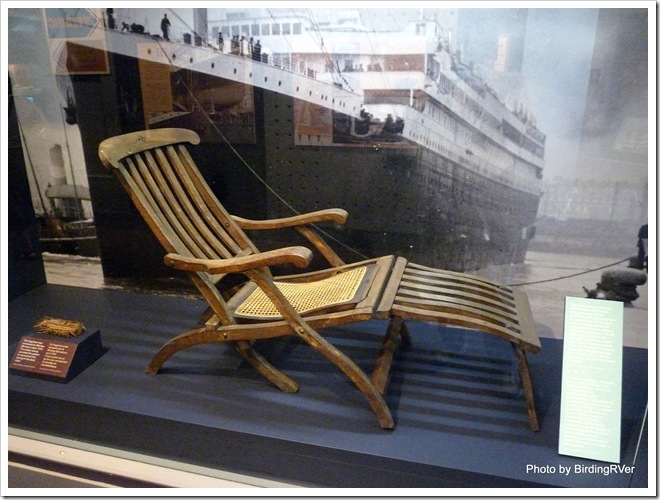 One of the Titanic deck chairs 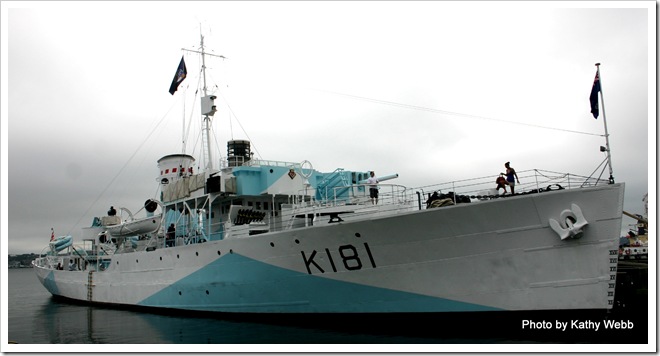 The Sackville, the last of the Corvettes used in WWII

Our visit to Halifax also included a tour of the Citadel National Historic Site. It happened to be "National Parks Day" so we didn't have to pay the entrance fee! Setting on top of a hill, overlooking the harbor, this was a formidable fort to protect the city and port. It was a bit warm that day, but clear skies, as we viewed the city and port of Halifax. 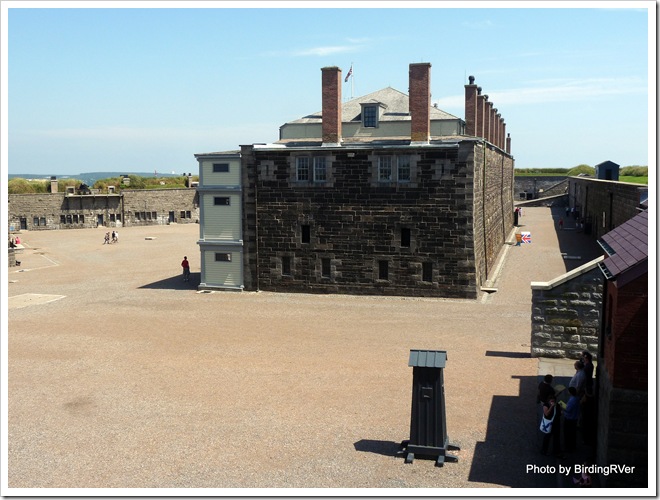 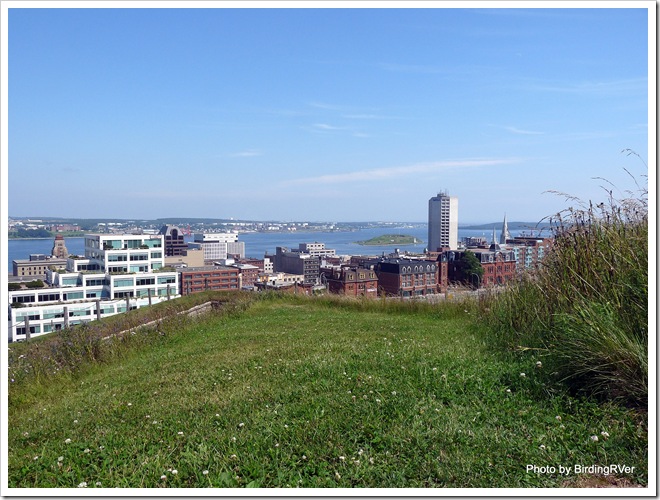 There was a living history demonstration of a Scottish Regiment doing parade drills, firing there muskets and cannons through out the day. You had to feel  sorry for those poor lads in all that wool, including kilts and big black bear hats. They demonstrated loading the canons and firing them! Those walls were echoing the sounds all over the place! Naturally, they had  a bagpiper playing the pipes on top of the walls to give you a real feel of what it was like! Inside the thick walls of the fort it was a lot cooler, though a bit dark and damp in some places. 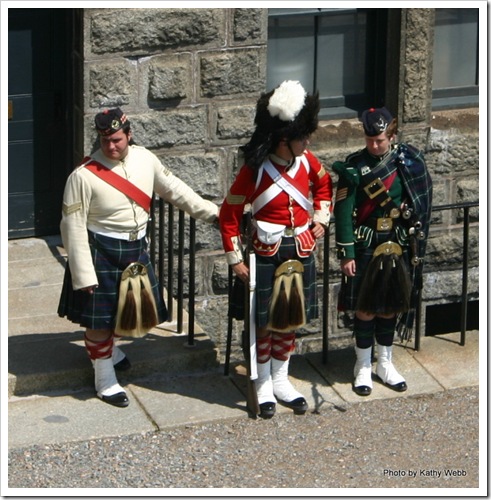 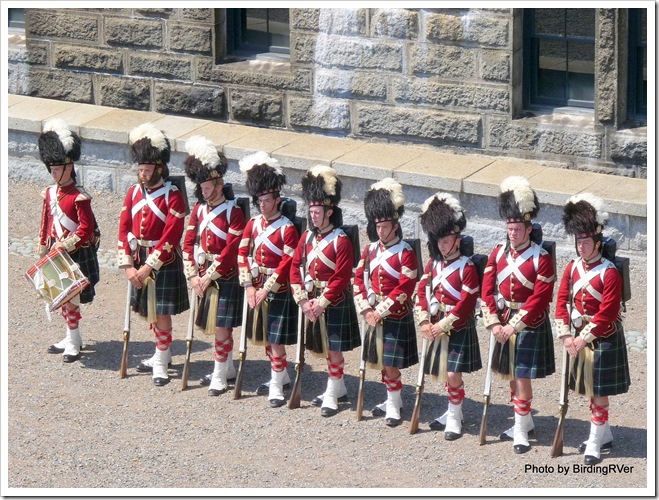 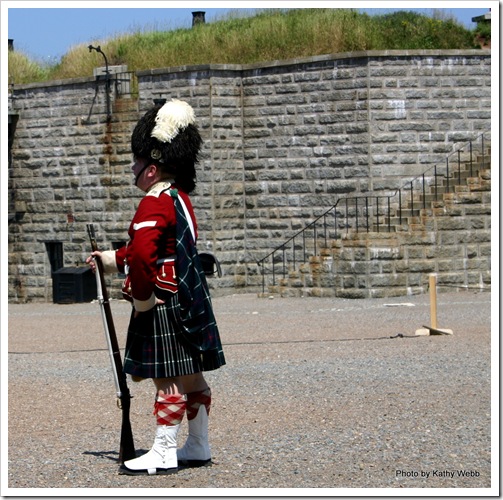