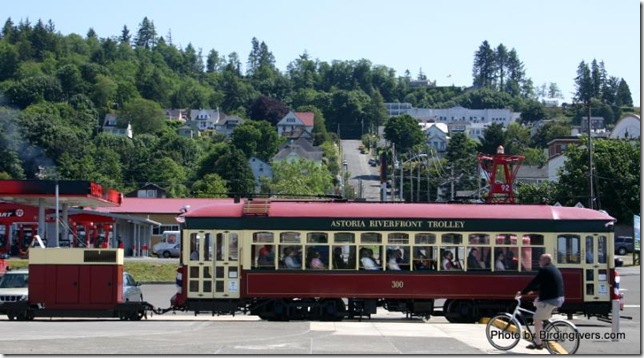 WOW! Over a week without a blog entry. My excuse is that we have been busy sightseeing and traveling faster than we like.

We left Tillamook for Astoria, along the way we had intermittent rain and did not see the final Oregon Lighthouse, Tillamook Rock Lighthouse. It is nearer to Cannon Beach than it is Tillamook and sits a mile and half offshore. Follow the link and you can see a picture of it and read the incredible history of this northern most Oregon coast lighthouse. It is not open to the public and apparently it has not been visited by anyone for many years. 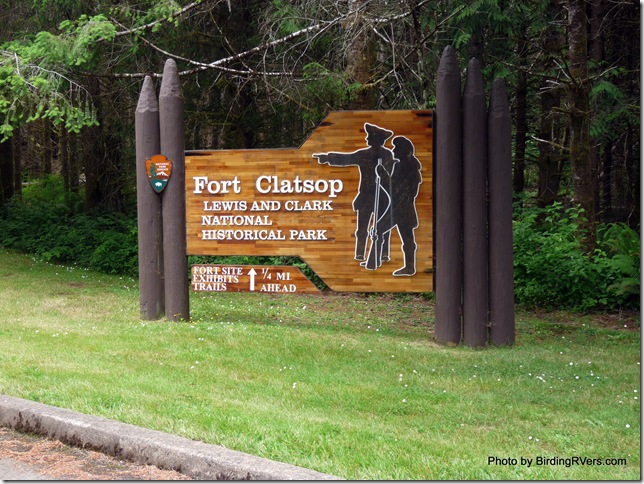 Just down the road from our RV Park in Astoria is the site of Fort Clatsop. This was the winter home for the Lewis and Clark Expedition, after they became the first Americans to cross the continent before they started the long journey back to civilization.   At the National Historical Park they have a very good visitor center and a replica of the fort that the Lewis and Clark Expedition. The visitor center does a nice job of summarizing the Expedition’s travel and how they spent their “Miserable four months at Fort Clatsop”. The visitor center also explains that this was a scientific and elite military expedition. All hand picked with a mission to map and collect specimens of never before seen plants and animals. If you haven’t read Stephen Ambrose’s Undaunted Courage it is the best book about this remarkable 3 year trip that these 31 people accomplished. If it weren’t a true story no one would believe it. 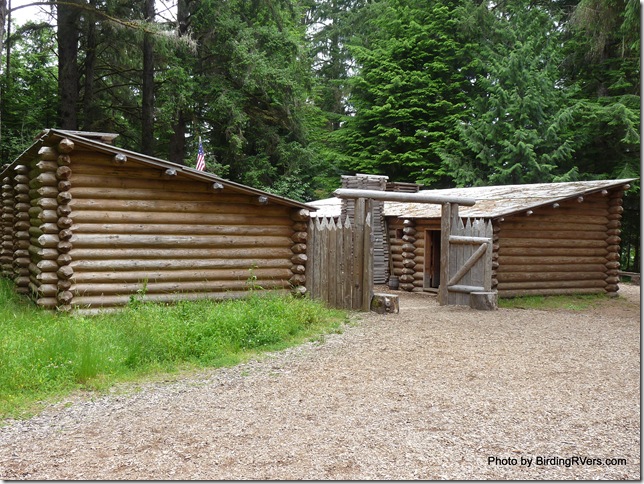 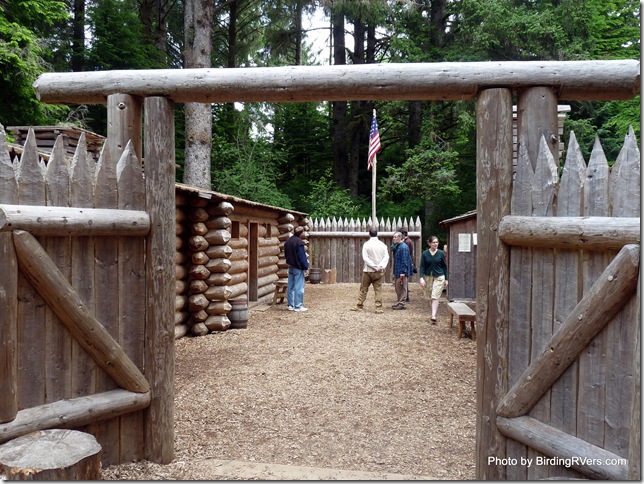 The replica fort shows the serious construction of the fort and that they had a fireplace in every room.

Not far from Fort Clatsop, about 60 years later in time, is Fort Stevens Oregon State Park. 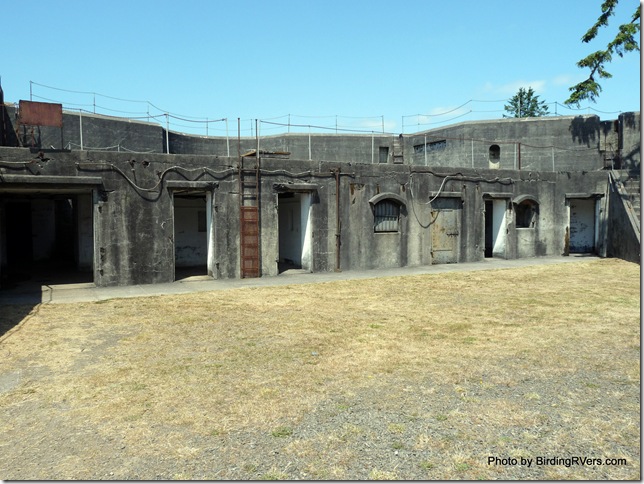 Fort Stevens was built during the Civil War to protect the mouth of the Columbia River from attack by Confederate Raiders. As these things go the fort was completed just a month before the Civil War ended and there never were any Confederate Raids on the west coast. However,  Fort Stevens was upgraded for defense of the Columbia River during World War I and II. The fort was even shelled by a Japanese submarine on a night during World War II. The fort did not fire back because they thought the submarine was too far out of range and they didn’t want to tip off the submarine crew to where the entrance was to the Columbia River. 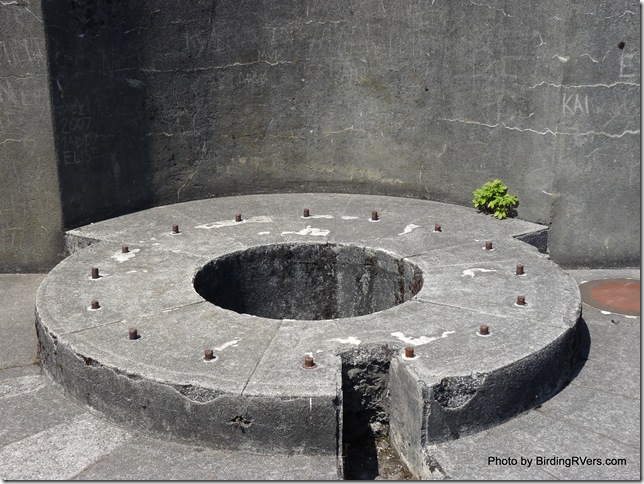 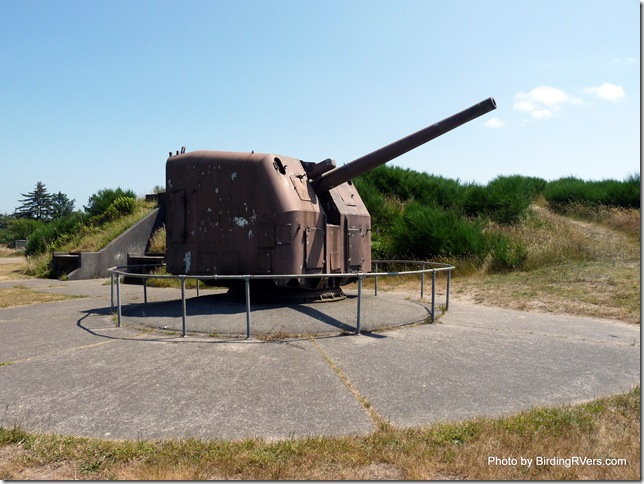 As we travel around we come across all kinds of unique things that people volunteer to do. The picture below shows a pre-world war II cannon that the local volunteers are rebuilding a Fort Stevens. Where do you find people that know how to build a cannon from that era? 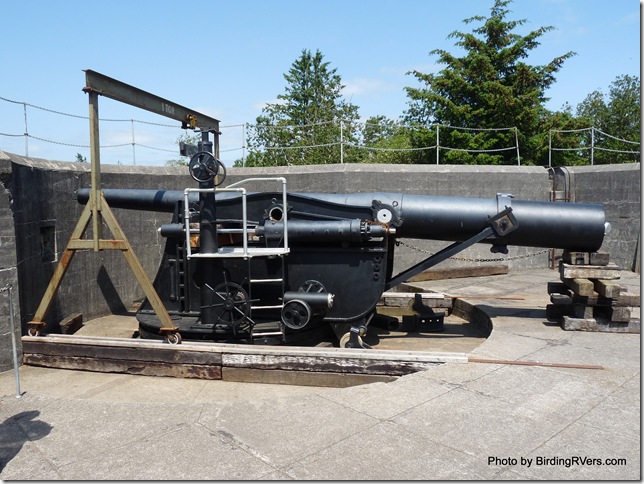 Since Fort Stevens sits at the mouth of the Columbia River it has some great views. 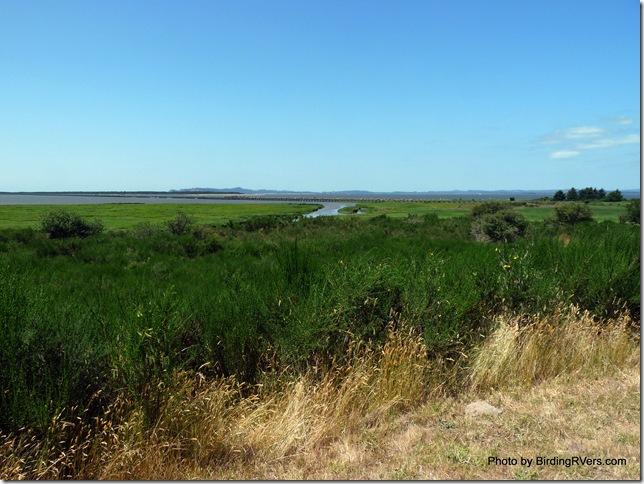 Next on a very windy day we crossed over to Washington to visit Cape Disappointment State Park. 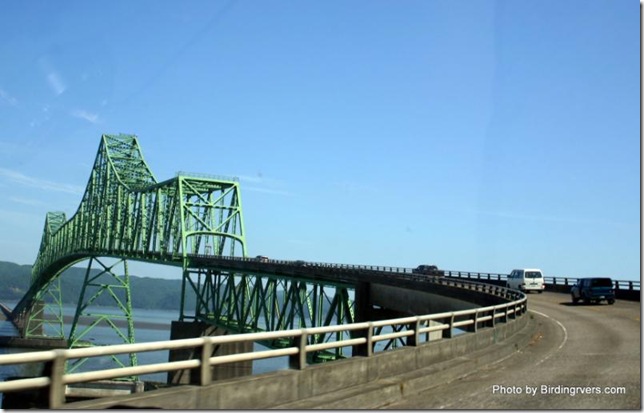 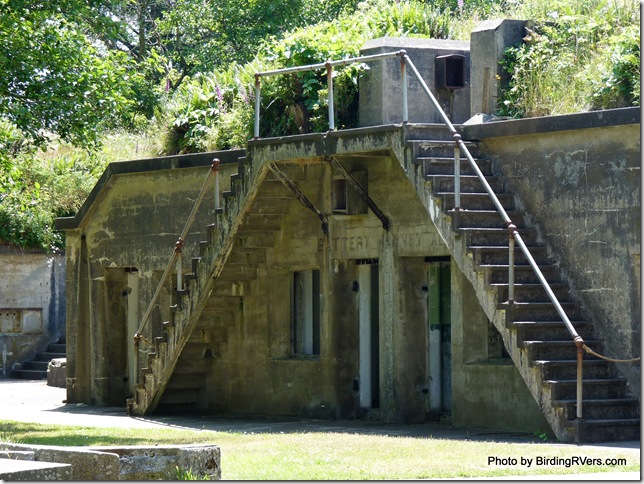 Cape Disappointment is also the furthest most western point the Lewis and Clark Expedition reached. They had hope to send the specimens they had been collecting back to Washington DC by ship, if they could flag down a trading ship going along the coast. However, Cape Disappointment was not a suitable place to spend the winter so they crossed the river and built Fort Clatsop. 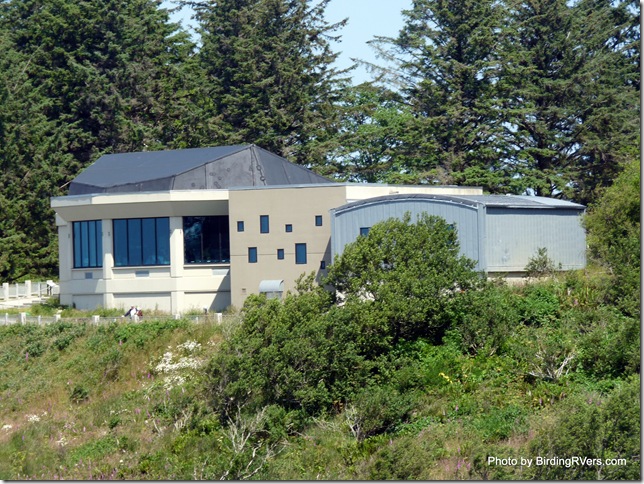 Completed in 1856 Cape Disappointment Lighthouse was the first lighthouse in the Pacific Northwest. 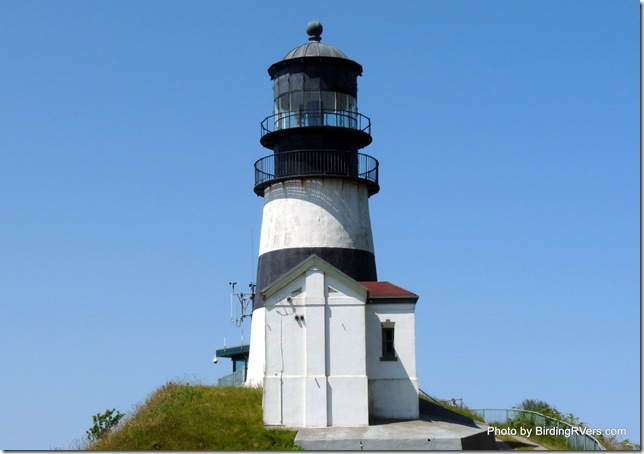 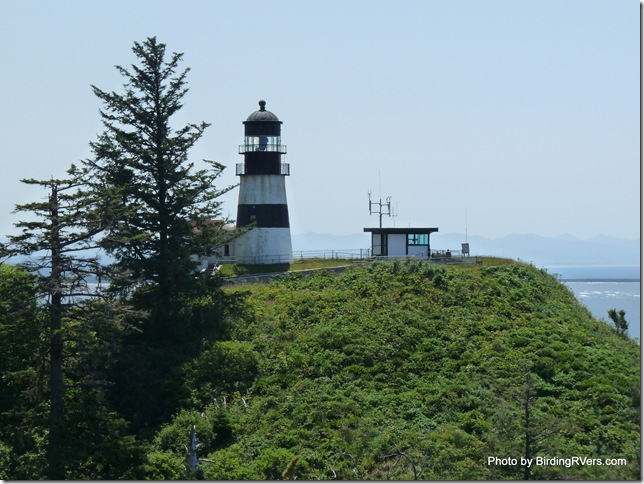 On a clear windy day like we had Cape Disappointment has a great view. 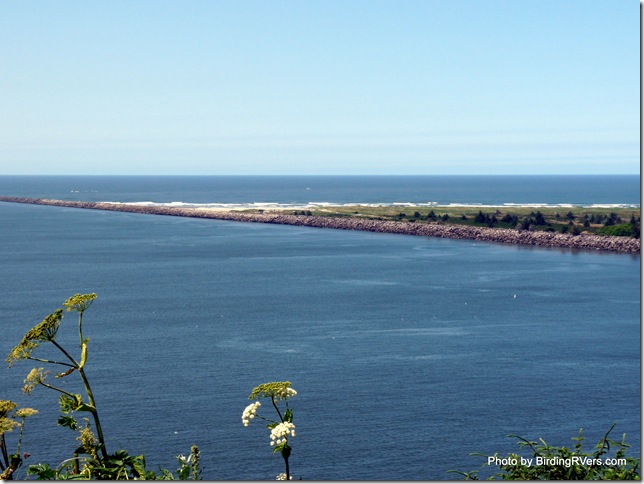 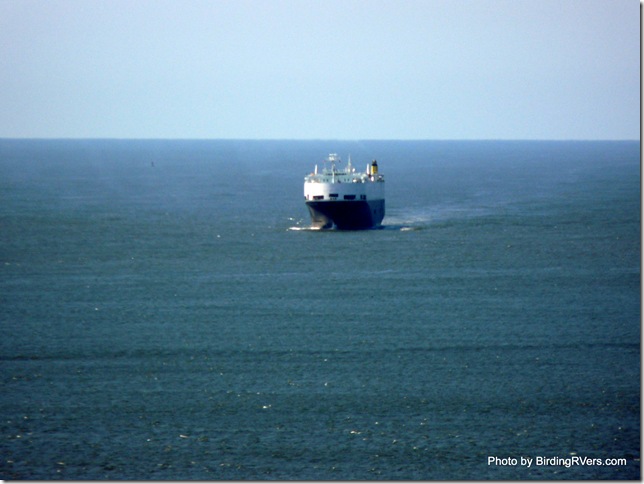 Next it was back over the river to the Columbia River Maritime Museum.

The mouth of the Columbia River is known as “the graveyard of the Pacific” with over 2,000 shipwrecks. Even with today's modern aids the Coast Guard makes 600 rescues a year.  The Columbia River Maritime Museum set on the waterfront was the most extensive maritime museums we ever seen. As you walk by the outside you can’t help but see a full size life saving boat standing on it’s end! This really grabs your curiosity! It is an example of how the Coast Guard would rescue a person that has fallen over board in 30 ft seas! The “coasties” have to be strapped to the ship to prevent them from going overboard during the rescue! These ships are made to right themselves if a wave rolls it over. What a wild boat ride that must be!! 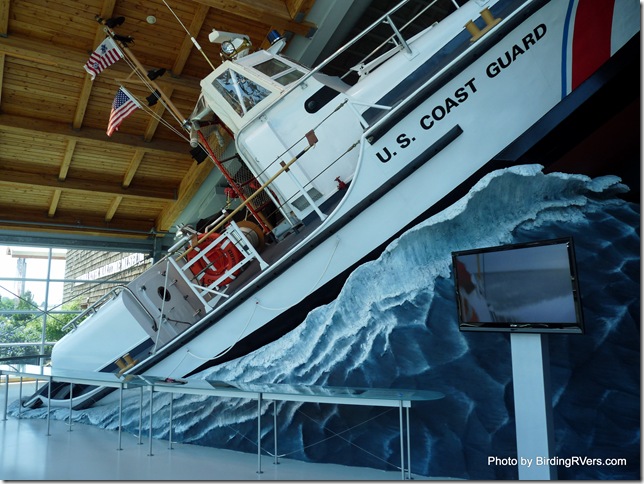 Inside they had lots of exhibits about the Columbia River and its interface with the Pacific Ocean. There are multiple sandbars in the river channel, that all of the ships have to avoid, from the mouth of the river and up stream. They had actual fishing boats loaded with nets and equipment INSIDE the museum, that you could walk up and look inside. A lighthouse lamp complete with the tower it had been attached to, revolves in one corner. Unfortunately, there were no signs to tell us which light that had been. Thankfully, they had saved it and had it on view! 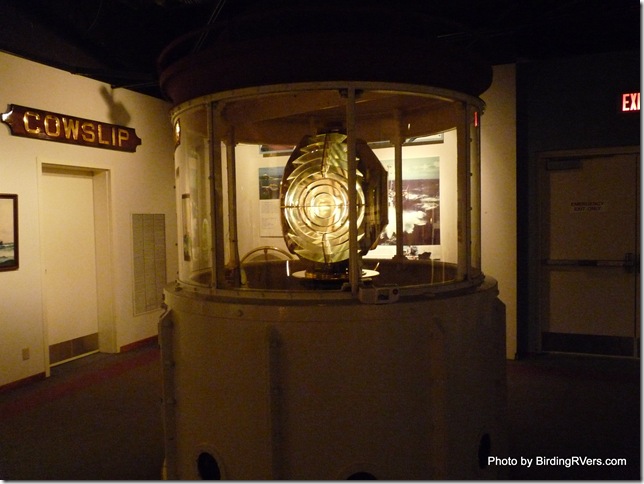 Outside there is the Lightship Columbia, a floating lighthouse, that you can board and walk around. The lightship was stationed 5 miles out past the mouth of the river, and anchored with an enormous anchor. The mast has giant flood lights to light the way during bad seas! Talk about grueling work for the Coast Guard, just sitting there with the waves pounding on the boat, coming over the rails and you can’t go for safe water! As a navigational device, they directed the ships towards the mouth of the river. It was replaced by a Light Buoy. Ending almost 100 years of Lightships off the mouth of the Columbia. 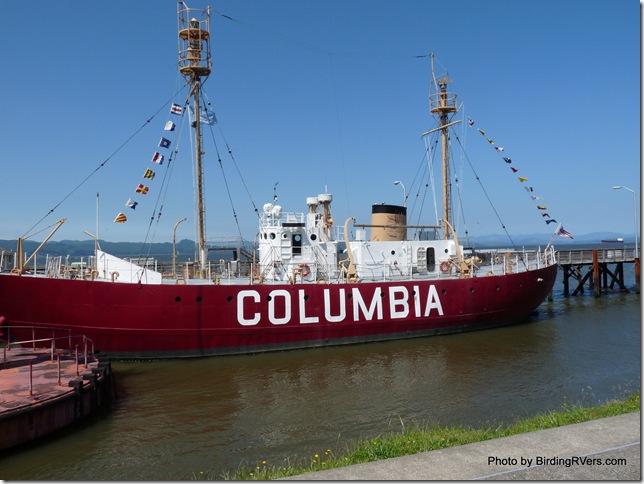 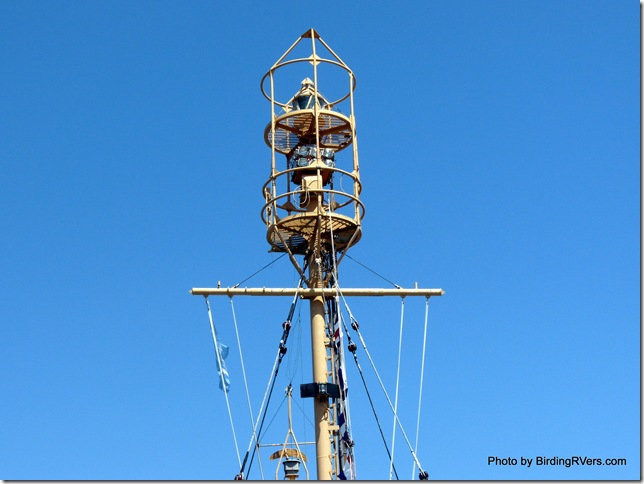 Link to our Astoria slideshow

Posted by Grant and Kathy Webb at 1:30 PM