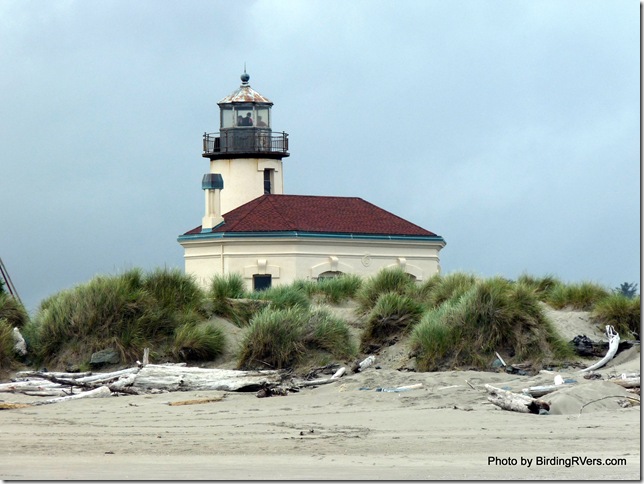 The last few days we were in North Bend before going on to Seven Feathers were gray and rainy. This didn’t make for good sightseeing or photography so, we decided to return to North Bend and visit the two lighthouses in the area that we missed during our first visit.

The RV Park at the Mill looked deserted without the MOC group. 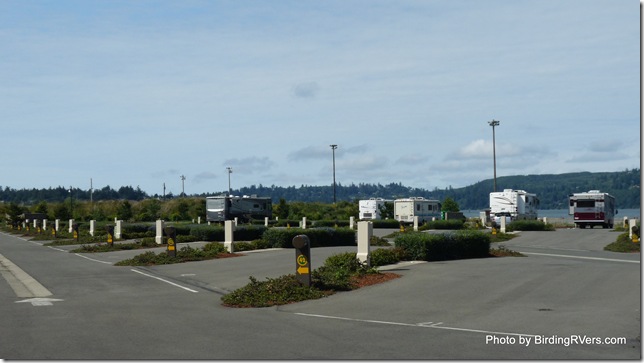 Our first stop was the Coquille River Lighthouse near Bandon, Oregon. 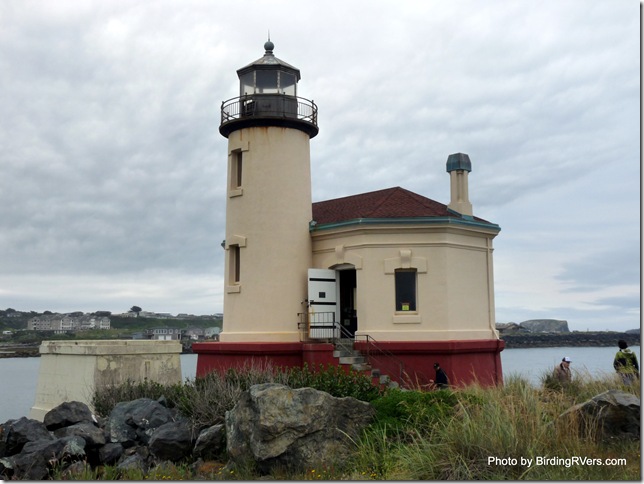 The Coquille River Lighthouse has the distinction of being the last Oregon Coast Lighthouse built and the first one decommissioned. The lighthouse started working on February 29, 1896. It was decommissioned and replaced by an automated beacon on the jetty in 1939. This was due at least in part to a fire in 1936 that destroyed most of Bandon. Originally the lighthouse stood on a rock connected to the mainland by 650 foot bridge but, when the jetty was extended in the early 1900s the area to the lighthouse was filled in. Since the light was removed from the tower back in 1936 this is one of the few lighthouses were you can actually stand at the very top where the light use to be.

There is a wide sandy beach in front of the lighthouse and Raider is a BEACH DOG! He loves running on sandy beaches. 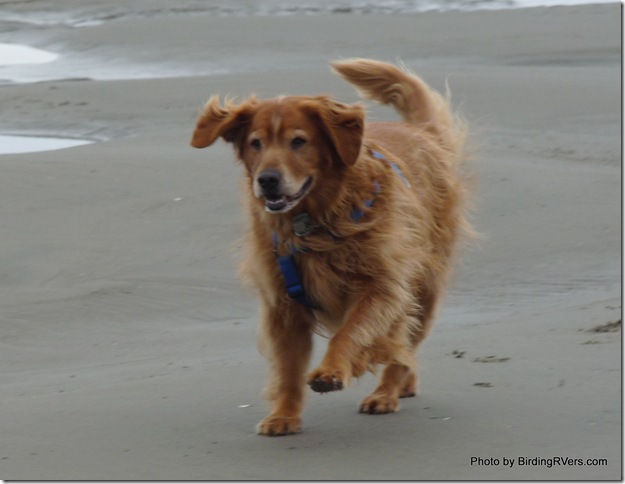 Also in this area is part of the Oregon Sea Islands Wildlife Refuge. 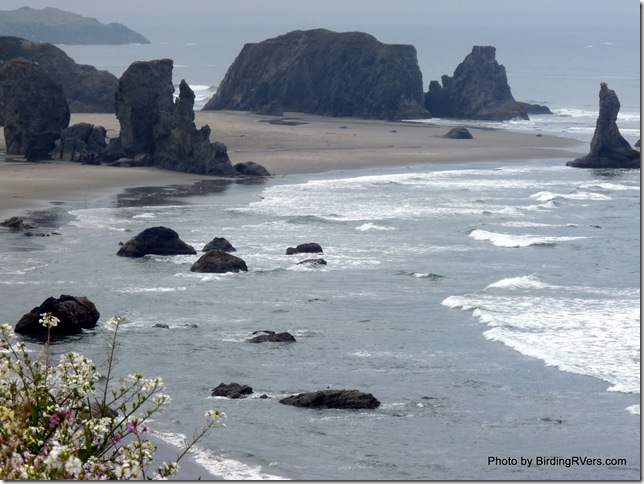 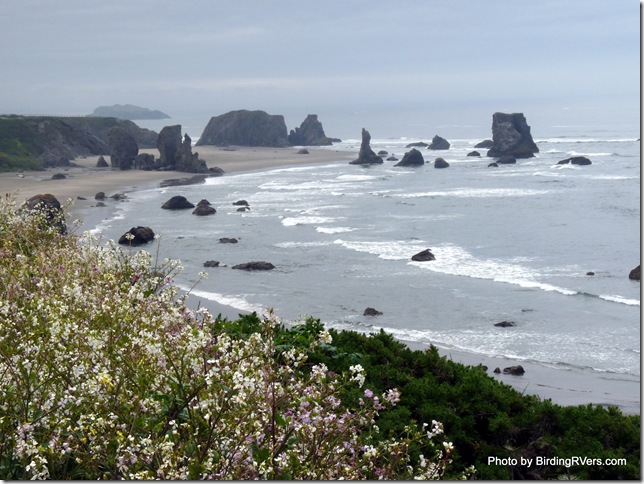 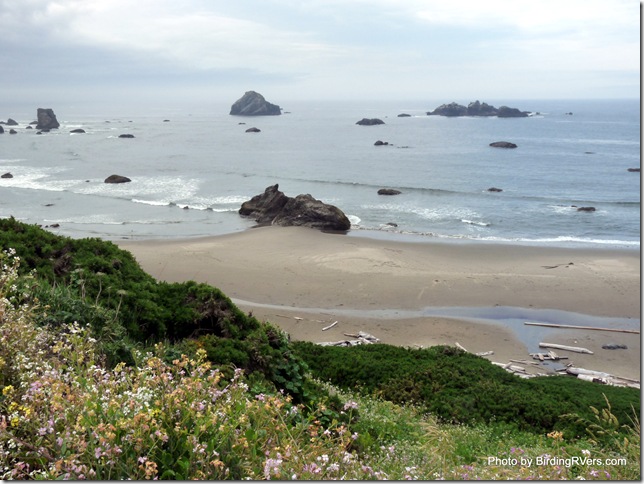 The next day we “visited” the Cape Arago Lighthouse which is very near Coos Bay. A visit here means we stopped at the turnout where you can take a picture of the lighthouse since it sits on an island and is not open to the public. 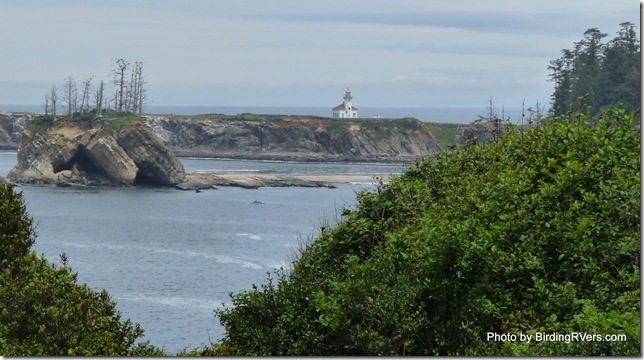 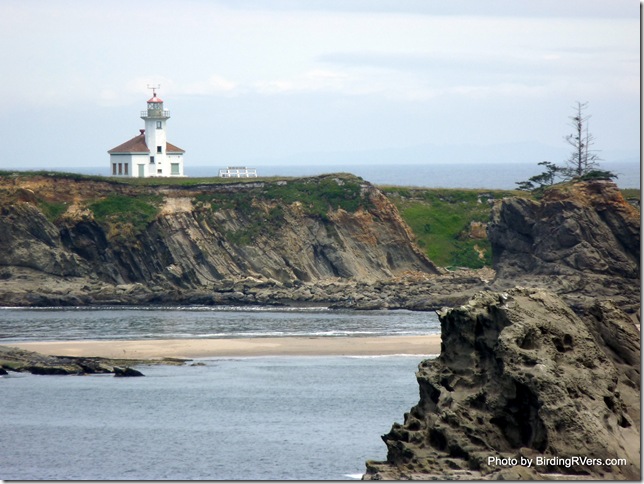 Just up the road from the Cape Arago Lighthouse is Shore Acres State Park. This was the site of a turn of the century (1900) shipping and lumber baron’s mansion. The mansion burnt down in the 1920s, but the formal garden has been restored. 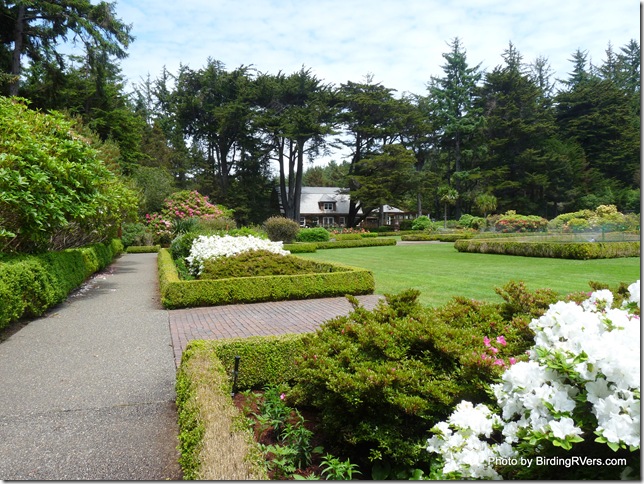 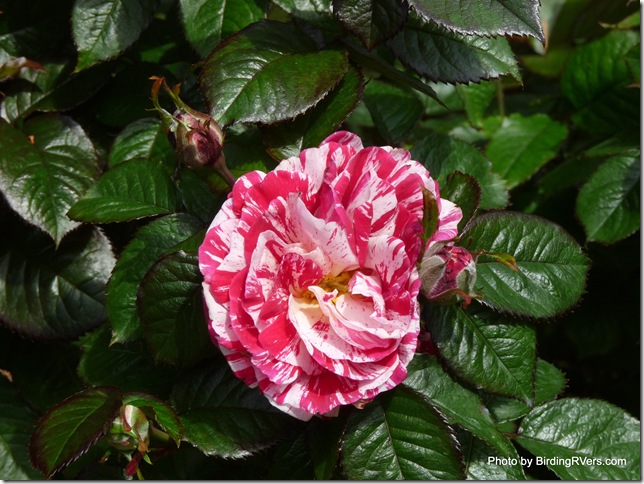 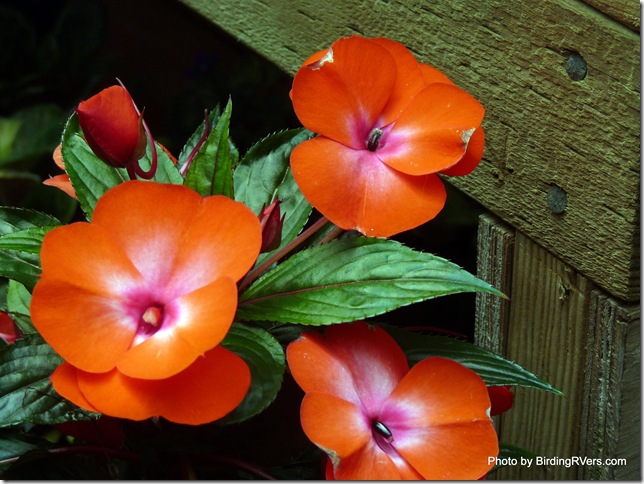 Checkout our slideshow to see many many more pictures of the flowers.

Just a little further up the road is the Simpson Reef Overlook. This area provides a hauling out site for harbor seal, northern elephant seal, Steller sea lion, and California sea lions. There are thousands of seals and sea lions on these rocks just off shore. 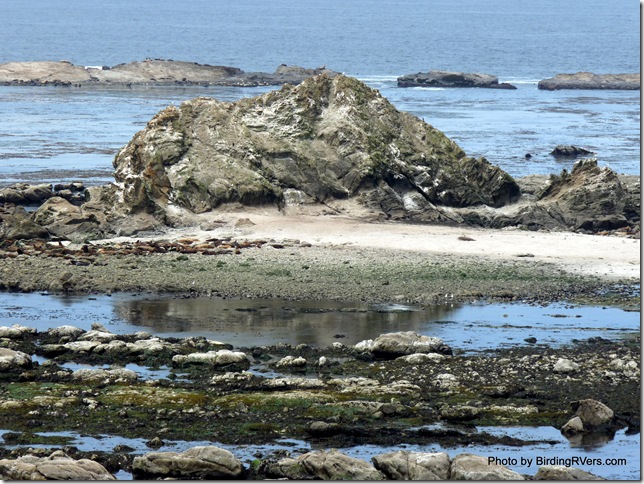 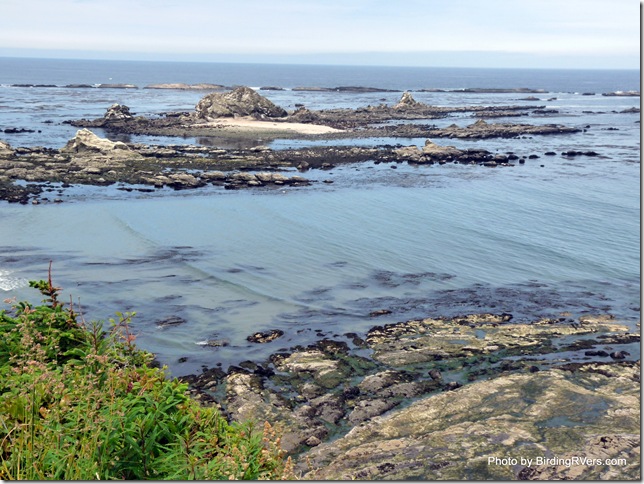 our slideshow of our visit to Coos Bay and North Bend, Oregon

Posted by Grant and Kathy Webb at 9:53 AM