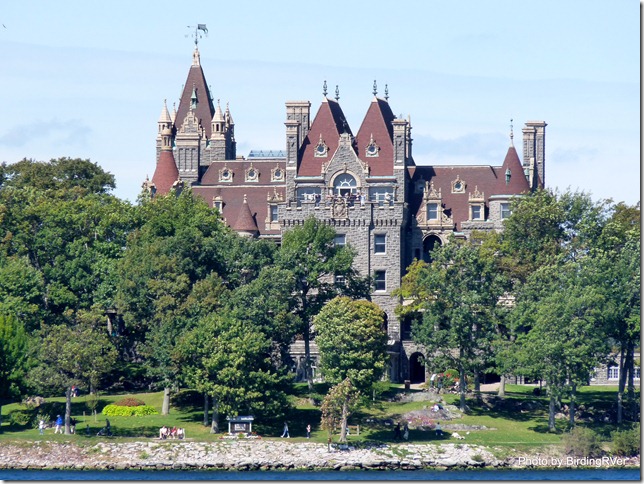 Although we are posting this entry the second week of February 2011 we were actually in the Thousand Island area of New York the third week of September 2010.

Prior to our visit to upstate New York the only Thousand Island I had ever heard of was the salad dressing. However, while we were visiting our friends Jim and Janet in Vermont they said “While you are in the area, you might want to go see the Thousand Islands.”

Wikipedia defines the Thousand Islands as follows: “Thousand Islands is the name of an archipelago of islands that straddle the Canada-U.S. border in the Saint Lawrence River as it emerges from the northeast corner of Lake Ontario. They stretch for about 50 miles (80 km) downstream from Kingston, Ontario. The Canadian islands are in the province of Ontario. The U.S. islands are in the state of New York. The islands, which number 1,793 in all, range in size from over 40 square miles (100 km2) to smaller islands occupied by a single residence, to even smaller uninhabited outcroppings of rocks that are home to migratory waterfowl.” On the tour we took they said that Canada has 2/3rds of the island, however since the US has most of the larger islands the amount of land is about the same. 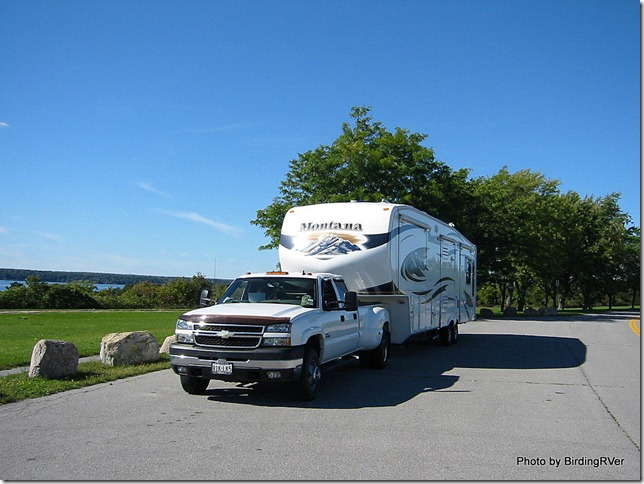 A scenic turnout along the Saint Lawrence River

We had some rain while in Vermont and would have more rain when we got to Niagara Falls. As you can see in the above picture we had great weather while visiting the Thousand Islands. Late September is definitely off season for this area. In fact the RV Park we were staying at was working on getting ready to close for the season. It was a very good thing to be there during the off season as the villages are small and the roads two lane. I can’t imagine how people get around during busy holiday weekends. There are only a few RV Parks in the area and most of them like the one we stayed at were 90 percent full of “seasonals”. Seasonals are permanent trailers that are used by their owners during the “season”. The RV Park we made reservations at advertised as: “on the river” and “pull throughs”. What we found was a RV Park that was built on steep slope down to the river. All but the 6 sites furthest from the river were seasonals, most of which hadn’t moved in decades. The 6 sites available were all  “pull throughs”. However, over the years trees have grown and power and light poles have been added. So when we got into the site the managers said “You won’t be able to get around the corner down there so you will have to back out.” You can imagine how I was looking forward to basically doing a 3 point turn up hill with 60 feet of truck and trailer! 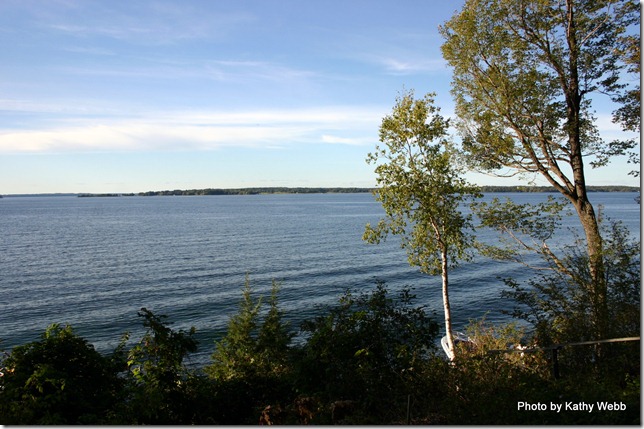 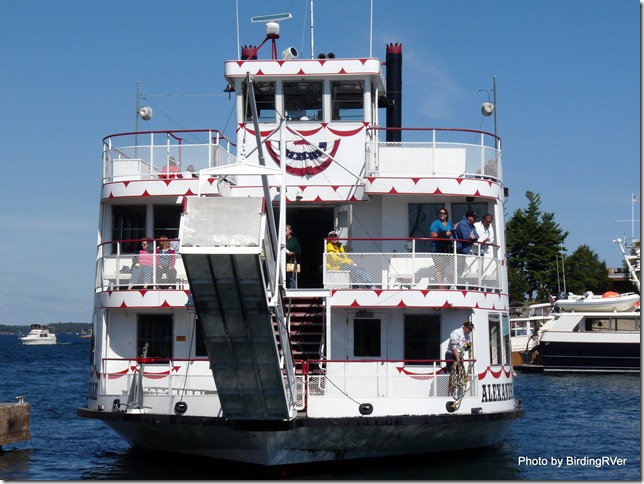 Our Tour Boat coming in to pick us up.

Well you can’t see islands without going on a boat so, we signed up for a 2 hour tour with Uncle Sam Tours. It was a gorgeous day as we had a narrated trip up and down the river and between the many Islands.

The most striking place on the river is the Boldt Castle in the opening picture. George Boldt owned the Waldorf-Astoria Hotel in New York City among other very expensive hotels of the day. He started having Boldt Castle built as a present for his wife in 1900. However, she died in 1904 and he immediately had all construction stopped.  No one ever occupied the castle and the castle and all of the other structures on the island sat exposed to the elements for the next 73 years. In 1977 the Thousand Islands Bridge Authority bought the island for one dollar and started restoring it. 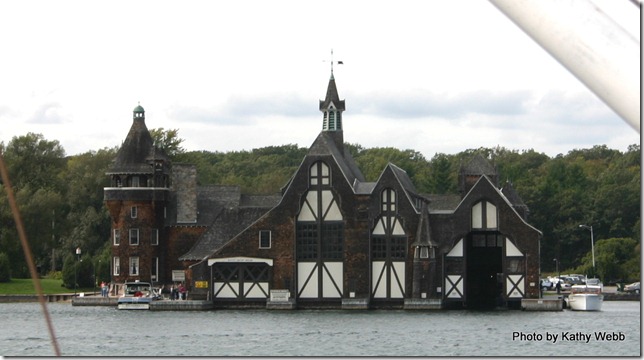 This boat house was built to house the workers and the supplies while Boldt Castle was being built.

There are all different sizes islands and houses on both sides of the border in  the Thousand Islands. 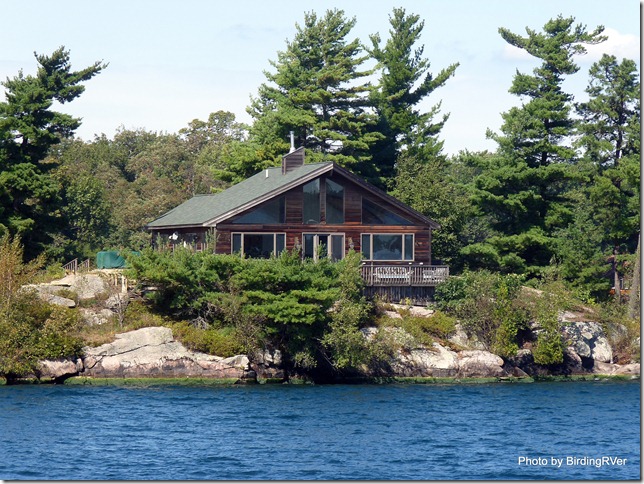 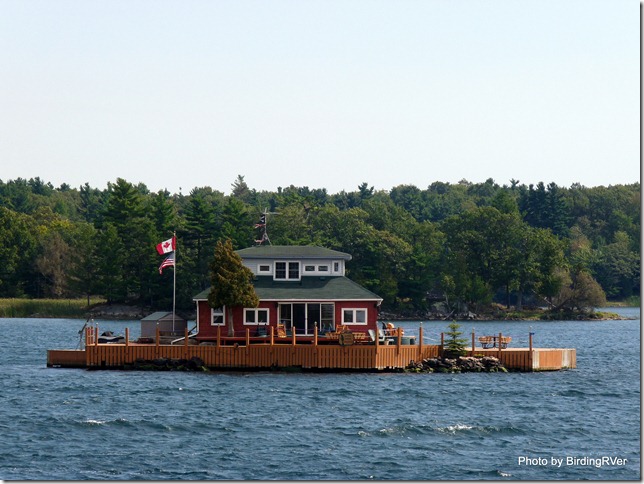 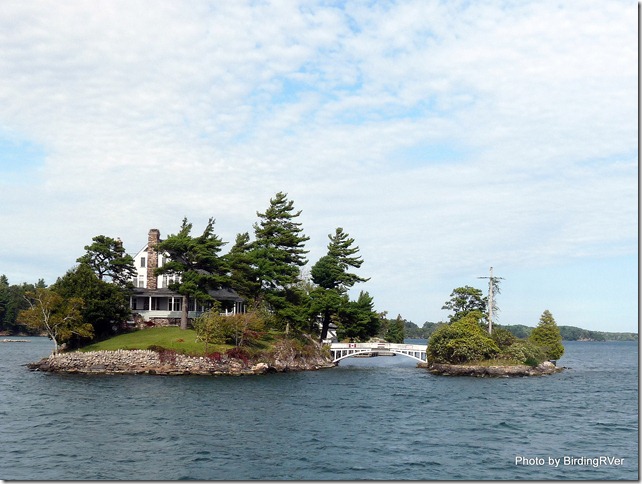 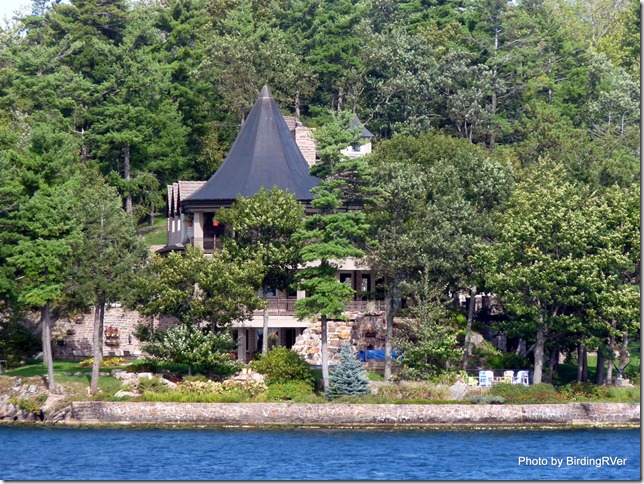 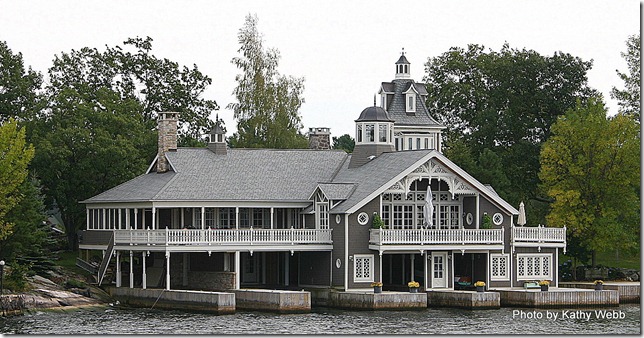 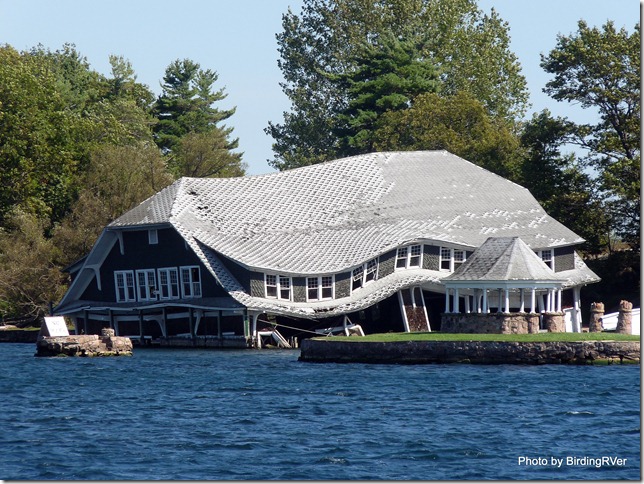 This had been a Dance Hall until the roof collapsed. 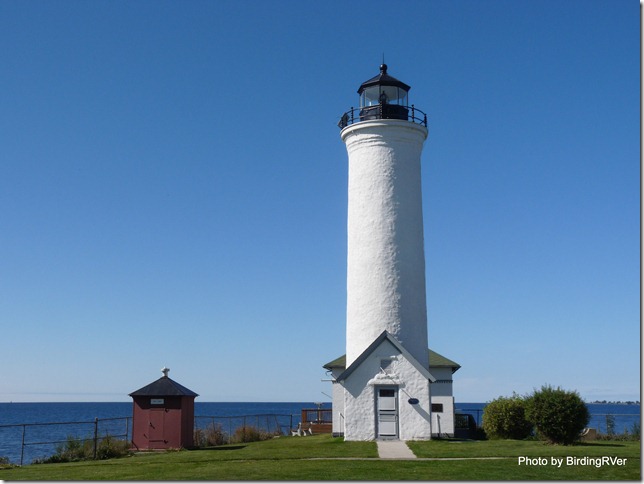 On another beautiful day we visit Tibbett's Point Lighthouse built in 1827.

Tibbett’s Point marks the end of Lake Ontario and the beginning of the Saint Lawrence River.

There are many more pictures on the slideshow:

Posted by Grant and Kathy Webb at 7:02 AM