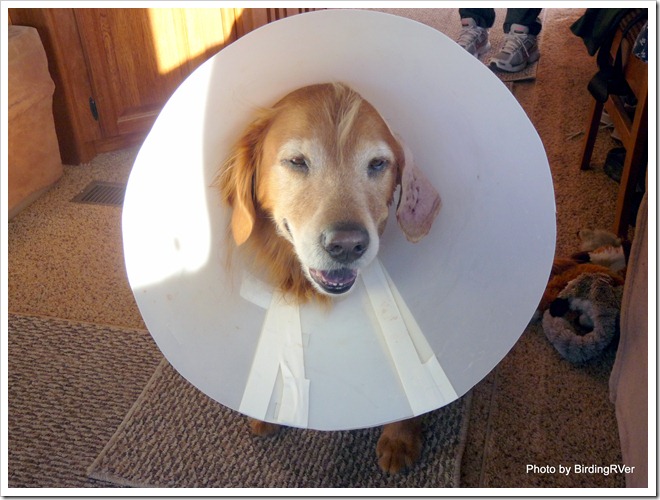 Monday Raider had to have the hematoma on his left ear repaired via laser surgery and 20 stitches. Poor guy, he's just filling in his coat from December's surgery and now the left side of his head is shaved! At least the vet didn't touch his Mohawk!

Hematoma was caused by scratching his ear too hard due to fleas! That ruptured a blood vessel in the ear which caused a blood blister that enlarged very quickly over a few days! I thought being out in the desert we'd be "flea free", but apparently he had a few hitch hikers from San Jose!

I have to play vet assistant again with 5 different medications to give him. (Antibiotics, Pain killer, 2 different ointments and one other RX I'm not sure what it does! Naturally at different times!)

But at least he was more perky when we picked him up on Monday afternoon, compared to his Dec. surgery, he was lethargic then! And he was starving, a good sign for sure! 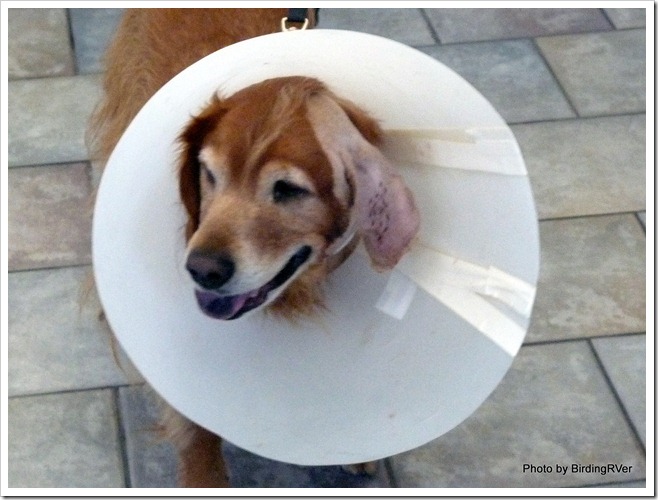 Posted by Grant and Kathy Webb at 7:37 AM