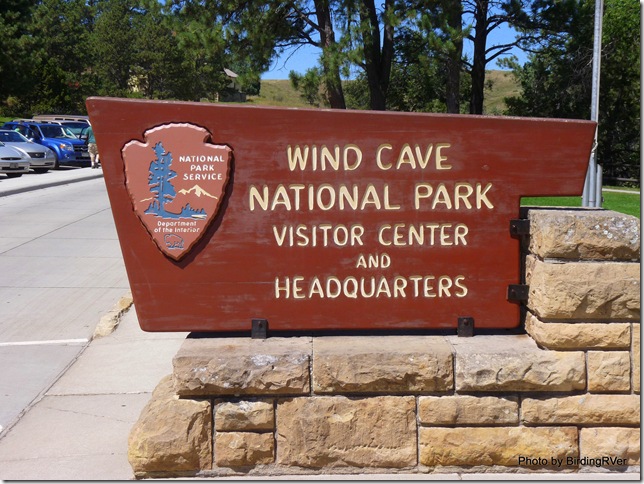 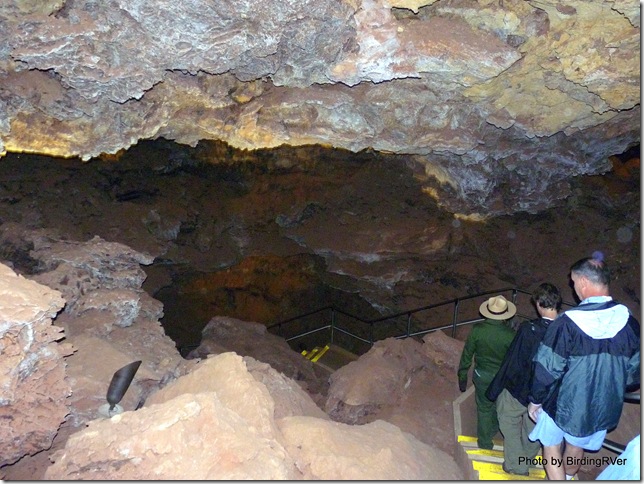 Wind Cave National Park was established in 1903 as the 7th National Park and the first protected cave. Cavers have meticulously mapped over 130 MILES of tunnels at Wind Cave making it the 4th largest cave in the world. Even more amazing is, according to the measured air volume coming out of the cave, scientists believe that the tunnels in  Wind Cave exceed 2,000 miles!!! YES, 2,000 miles! 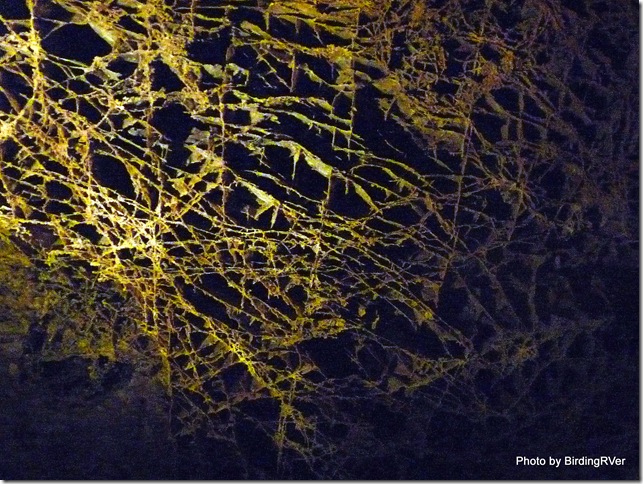 Unlike most caves Wind Cave was not formed by running water. It was formed by water trapped in the limestone for millions of years that ate away at the limestone and moved through any cracks or fishers in the stone. Among the reasons why they are sure of this is that Wind Cave has no stalactites, stalagmites or other formations that are in caves that were formed “wet”. Another reason is the existence of boxwork. This formation is about as delicate as a potato chip. Any running water in the cave would have destroyed the boxwork formation which is plentiful in the cave. Apparently boxwork is formed as stagnant pools of water eat away at the limestone. 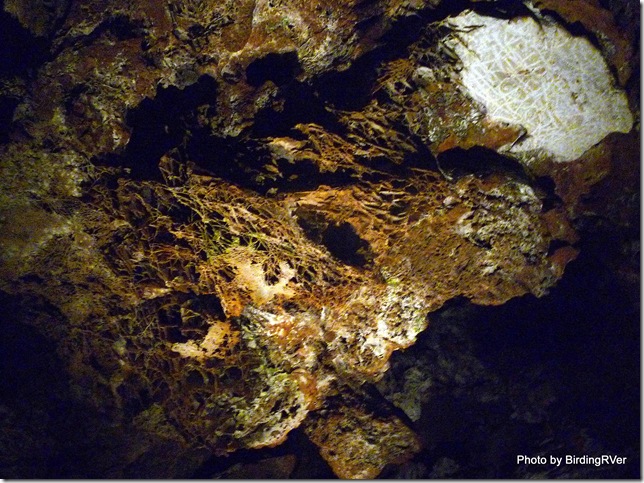 Because of the way Wind Cave was formed it is a surprising compact cave. The entire 136 miles of mapped passages only cover 1 square mile on the surface. Wind Cave passages are a maze of interconnecting mostly long narrow passages that are in three levels going down to just over 500 feet deep. 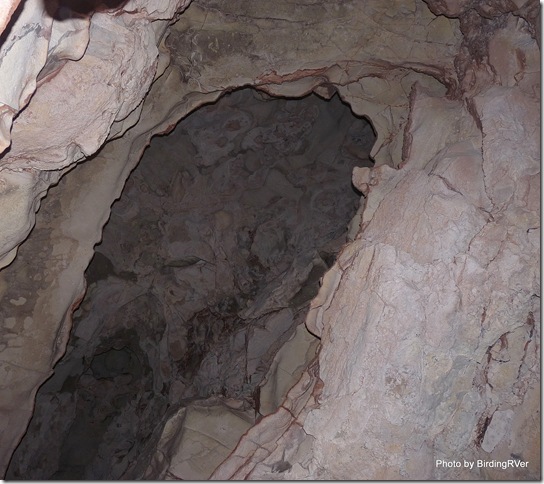 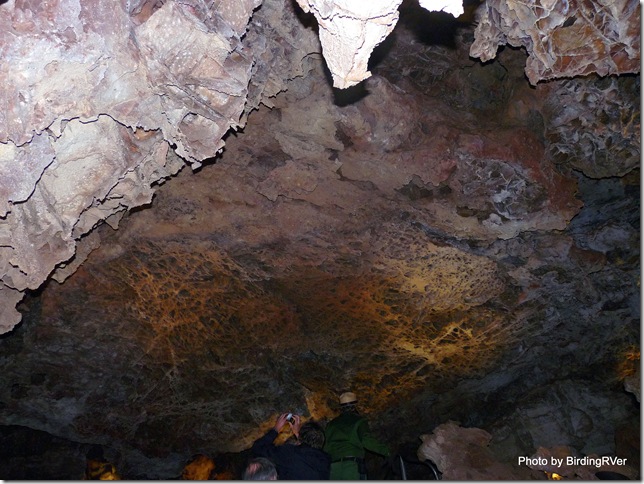 I think that Wind Cave is the best cave we have ever been with the exception of Carlsbad Caverns. We liked so much we went back a second day to do another tour. Our first tour started with an elevator ride down to 220 feet and then there are 450 steps to the tour. The second tour we did started at the surface near the cave’s natural entrance and walks down 300 steps to the elevator. 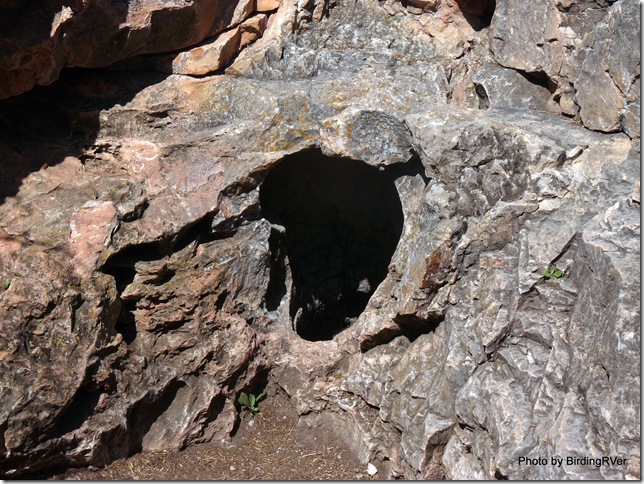 This is the natural entrance to Wind Cave. The wind is so strong coming out of the cave that the first  white people to find it had their hat blown off of their head and supported by the wind. The opening at its narrowest is only about 8 inch across. The “discoverers” of Wind Cave got dynamite and blew a hole next to the natural opening. Today the Park Service has installed a door where the dynamite had been. 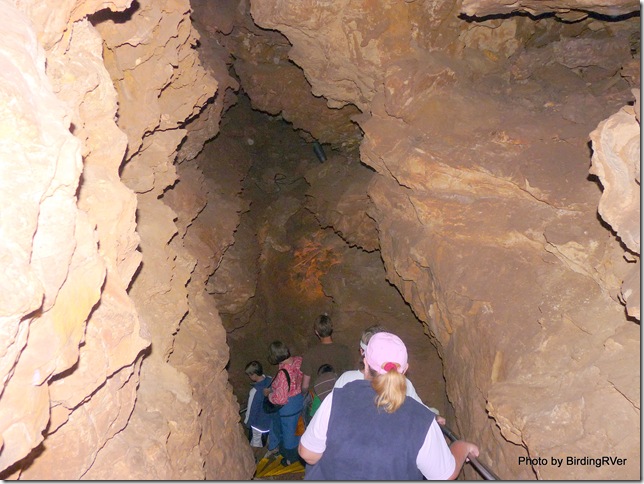 Our second tour began with a long steep staircase descent. 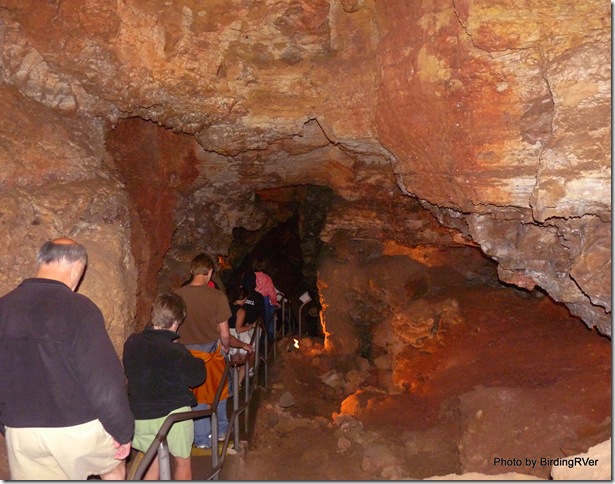 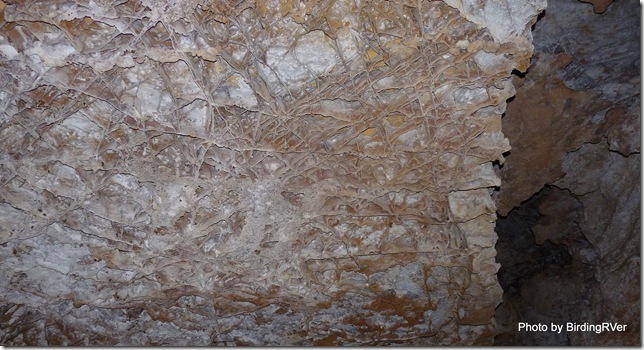 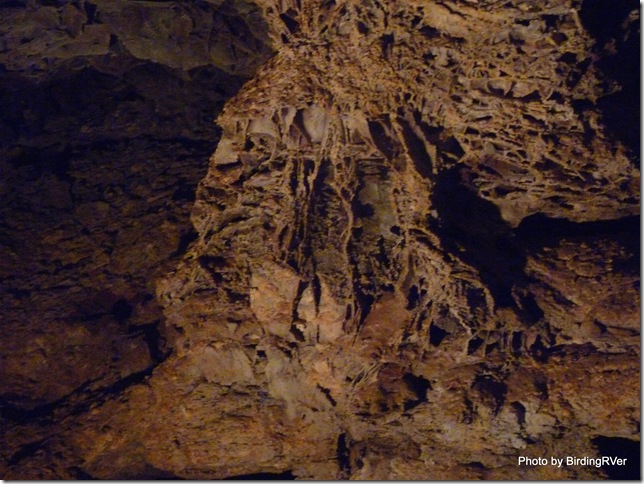 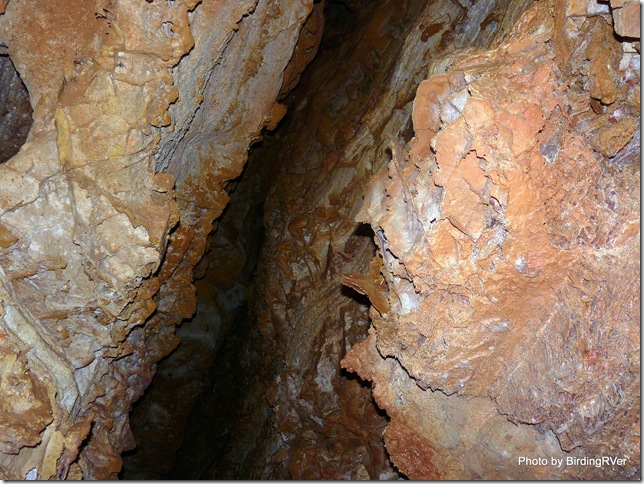 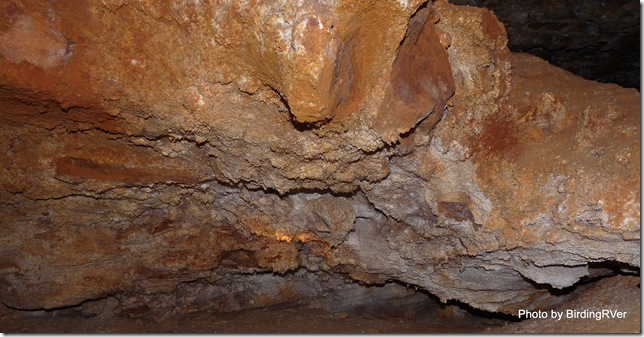 There are plenty more pictures of Wind Cave National Park on the slideshow:

Posted by Grant and Kathy Webb at 4:49 PM