Think of it as Yellowstone without the geysers, they have wildlife:

They have herds of buffalo! We saw them everywhere we drove in the park.

They have BIG buffalo

They have little buffalo

They have buffalo jams! There are over 1,500 free roaming buffalo in Custer State Park. 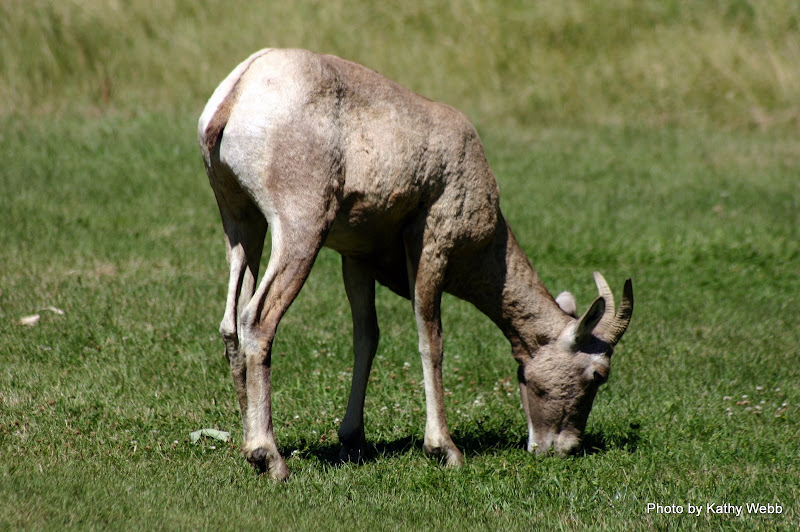 They have Big Horn Sheep

This herd of female Big Horn Sheep was grazing in a picnic area right next to the road.

They have Pronghorn Antelope! We saw them in several locations in the park. 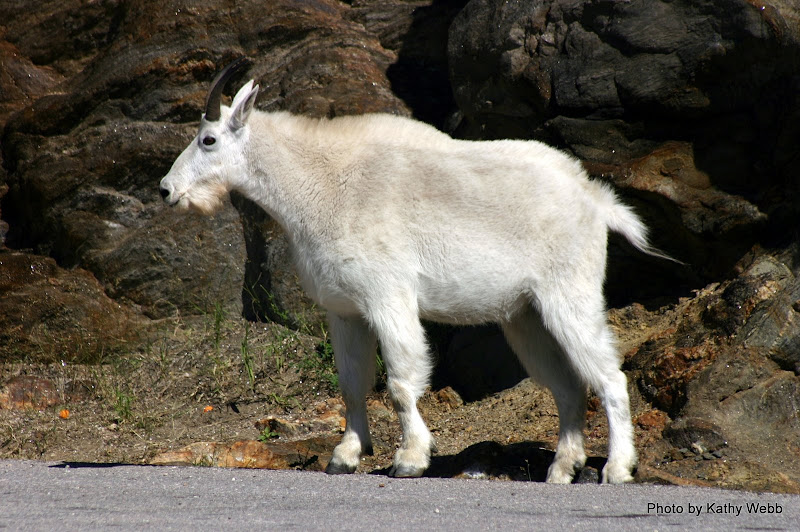 They have Mountain Goats! What are Mountain Goats doing at these low altitudes? They started from six goats. given as a gift from Canada back in the 1924 that escaped from their pen. One source we saw said there are now thought to be 400 Mountain Goats between Custer State Park  and Mt. Rushmore. So, if you go to Mt. Rushmore at exactly the right time you could see a Mountain Goat standing on George Washington's head. 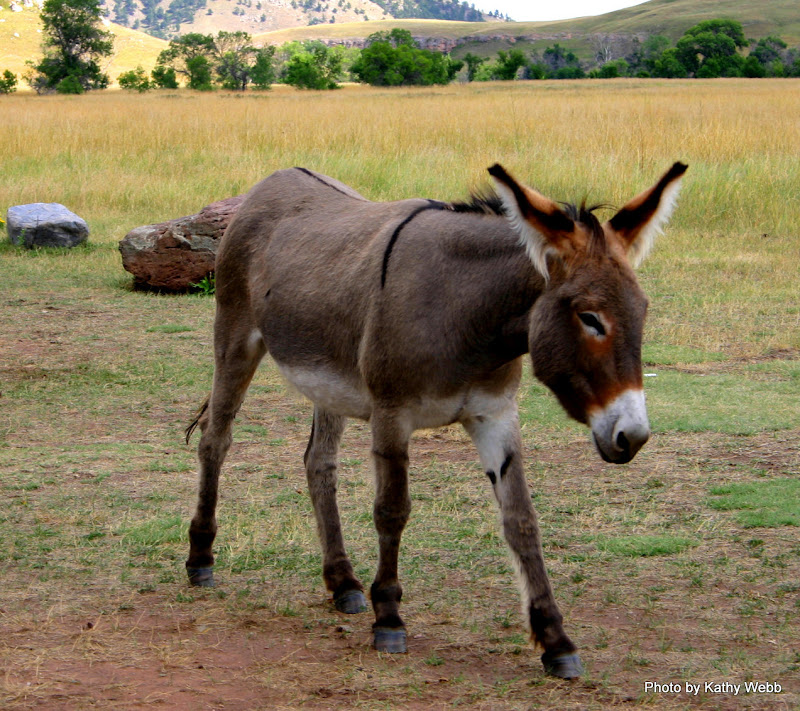 They have wild burros! These are from escaped burros used for tourists back in the 1920s. We also saw a White-tailed Deer, but couldn’t get a picture.

To add even more interest to the area back in the 1930’s they built tunnels that frame the faces on Mt. Rushmore and then built the roads so that they would line up with the tunnels. To accomplish this they have roads the loop under themselves.

The faces on Mt. Rushmore are over exposed in this picture, but you get the idea.

This is the view from the other side of the tunnel.

These are very narrow one lane tunnels. There is a tunnel in the Needles area of the park that is so narrow that there would only be one inch of clearance on each side of our truck. Needless to say we didn’t travel that road.

Posted by Grant and Kathy Webb at 5:30 PM