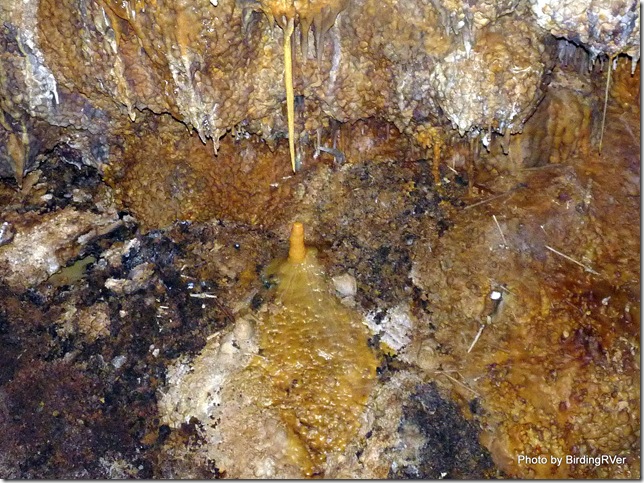 Jewel Cave was designated a National Monument in 1908 to protect what was then thought to be a small but beautiful cave. Today cavers have mapped over 140 miles of passages making Jewel Cave the second biggest cave in the world. Using the volume of air that comes out of the cave scientist estimate that Jewel Cave has over 3,000 miles of undiscovered and so far uncharted passages. Yes, over 3,000 miles! Today it takes the survey team 10 hours to travel from the elevator that takes them into cave to the last position mapped. 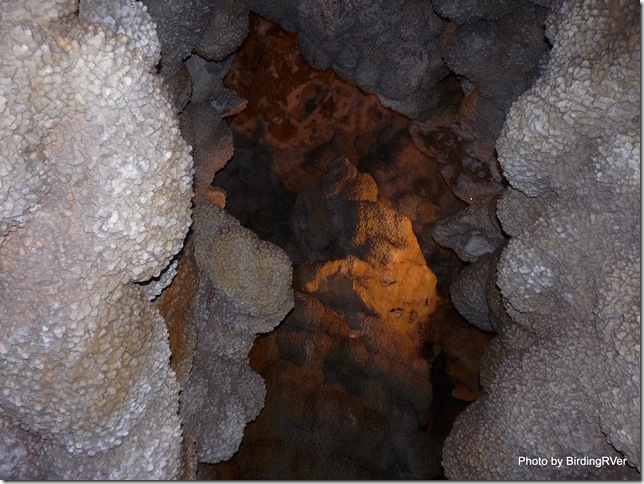 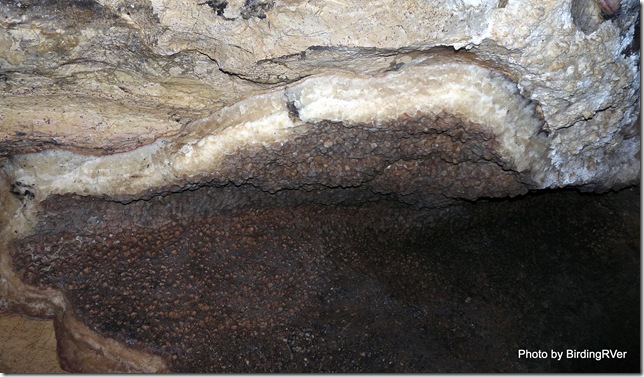 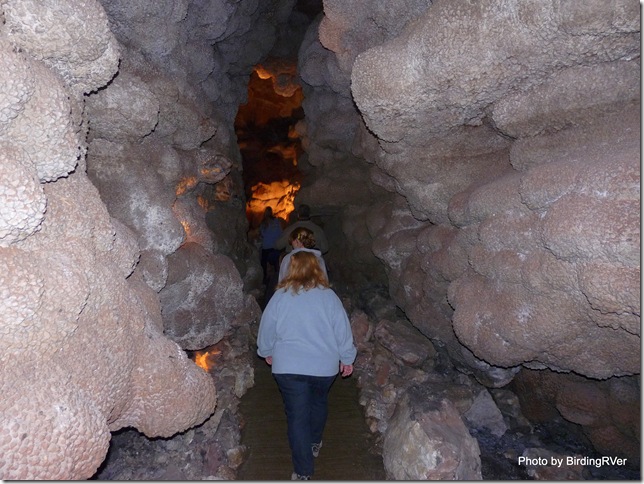 The above three pictures show some of the Calcite Crystals which the cave was named after.

Jewel Cave is a much wetter cave than Wind Cave; it has miles of twisting passages and some of the formations that one would expect to  see in a “wet” cave. 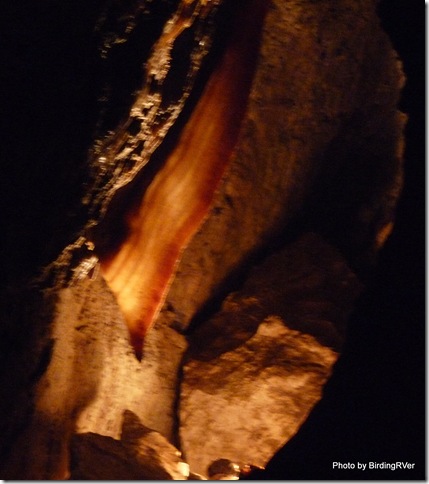 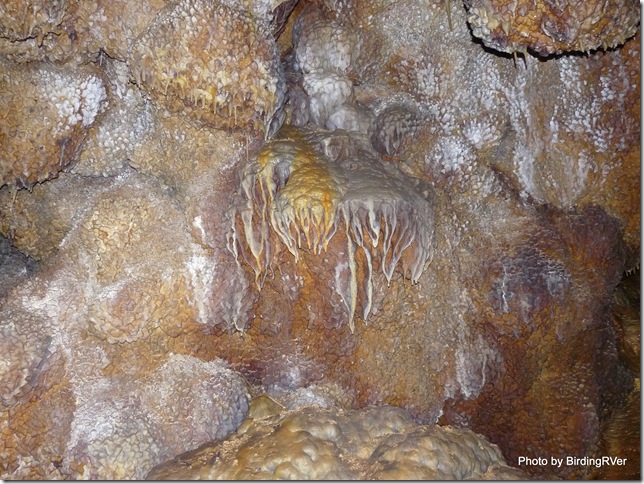 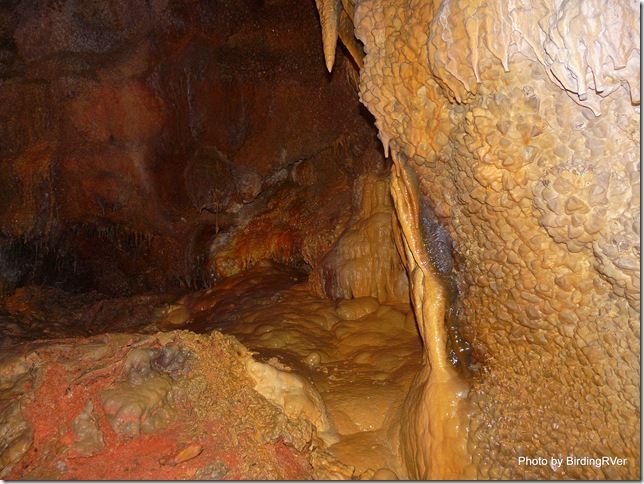 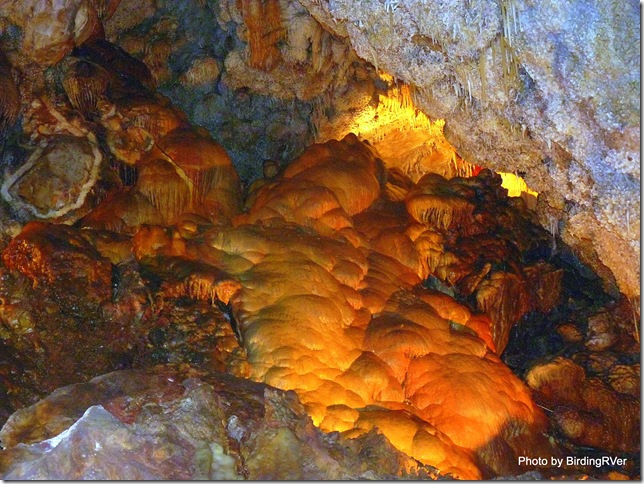 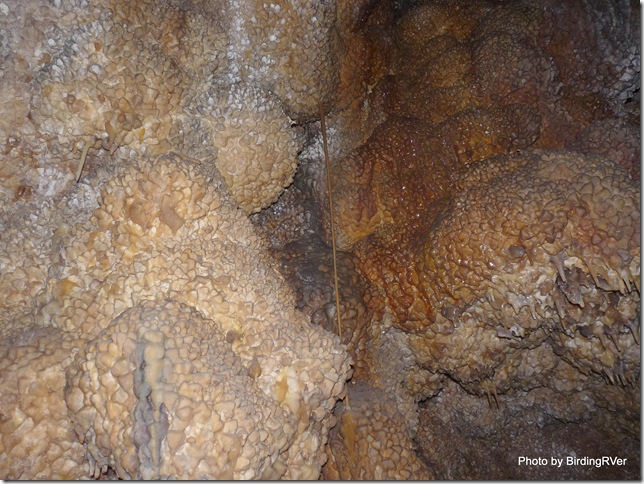 In the center of this pictures is a long hollow “soda straw” formation. It took millions of years to get that long. 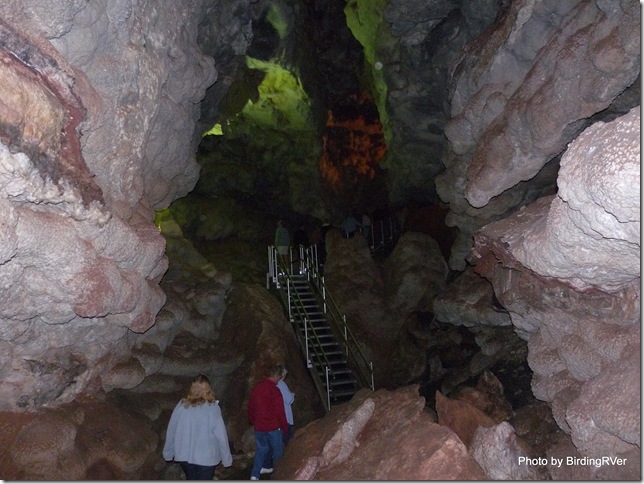 Beginning the long walk back to the elevators. This tour had over 760 stair steps! 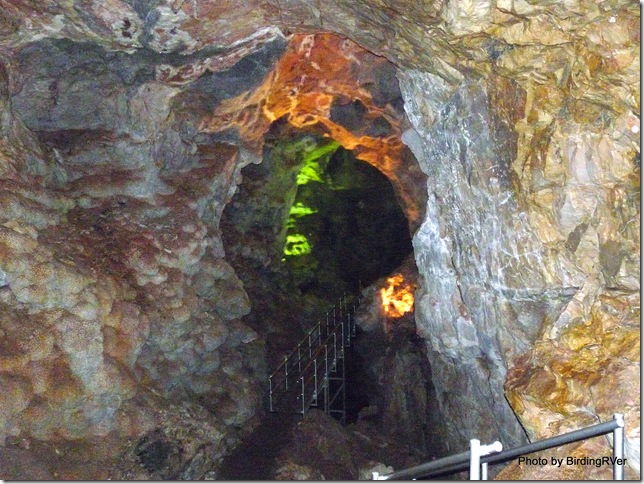 Again frustratingly, of the over 140 mapped miles of the cave only about 1 mile is opened to the public.

Many more pictures of Jewel Cave on the slideshow:

Posted by Grant and Kathy Webb at 4:54 PM