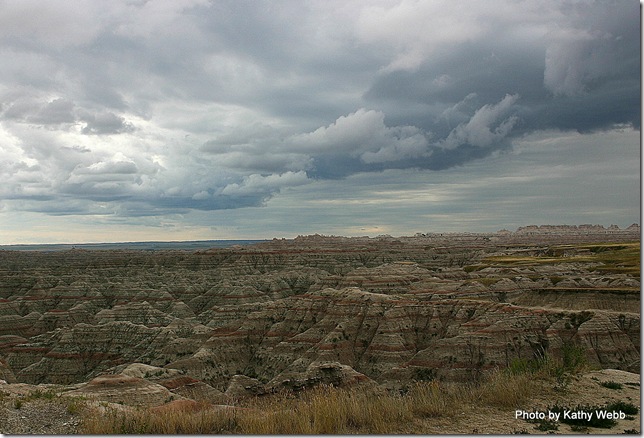 After leaving the Andersen Farm we went Mitchell, South Dakota for a couple of days. It was time once again for groceries and laundry. This is the first time we have been to South Dakota, we have now added a new state to our “STATES WE HAVE VISITED SINCE WE BECAME FULLTIMERS” map at the bottom of the left column. The drive was almost 200 miles of straight road heading south to I-90. Unlike I-94, I-90 is a very busy interstate and also had 20 miles of construction going on. Three hundred miles west of Mitchell is the town of Sturgis, South Dakota where the first week of August every year they have a huge (as in hundreds of thousands) motorcycle rally. I guess it is to motorcyclists what Quartzsite is to RVers.  Since there had been heavy thunder storms, hail and the rally was almost over, I-90 was a constant stream of motorcycles day and night for the entire time we were near I-90. Mitchell is a “stopover” town rather than a “destination”, the RV Park filled up every night and emptied every morning. This gave Kathy the entire laundry room to herself. I can’t say that we enjoyed Mitchell all that much as it was very humid with occasional showers.

This marks the furthest east we are planning to go this year. When we left Mitchell we headed west to Badlands National Park about 200 miles from Mitchell. We drove with a constant head wind, through two very long construction zones and a serious thunderstorm. We continued to see thousands of motorcycles heading east.

Badlands National Park was established as a National Monument in 1939 to protect the unique geology of the area with many eroded buttes and spires. It was designated as a National Park in 1978. Although the park is 244,000 acres the main feature of the park is a road that runs about 30 miles through the north unit of Badlands. There are many pullouts and a few short trails along this road. 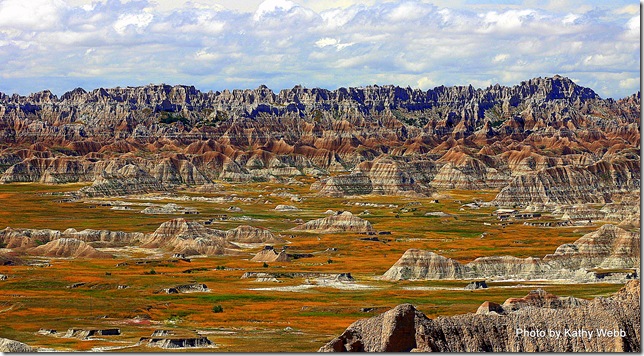 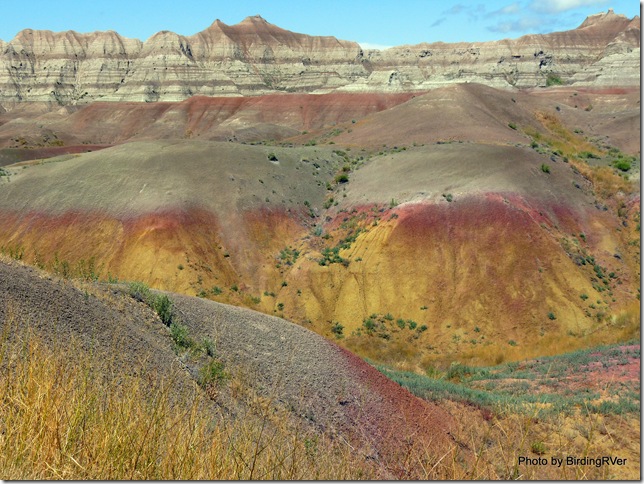 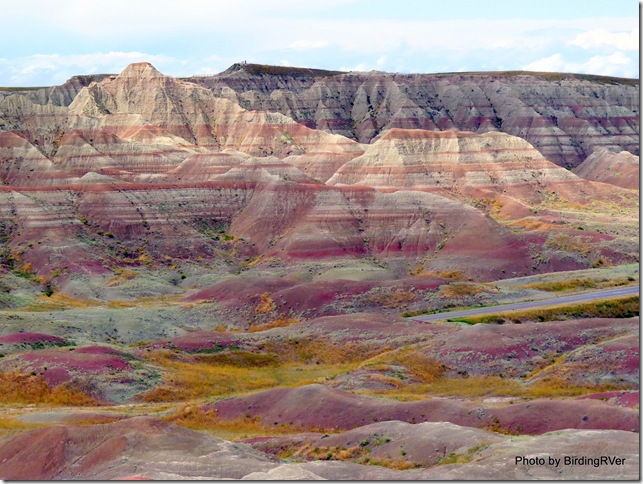 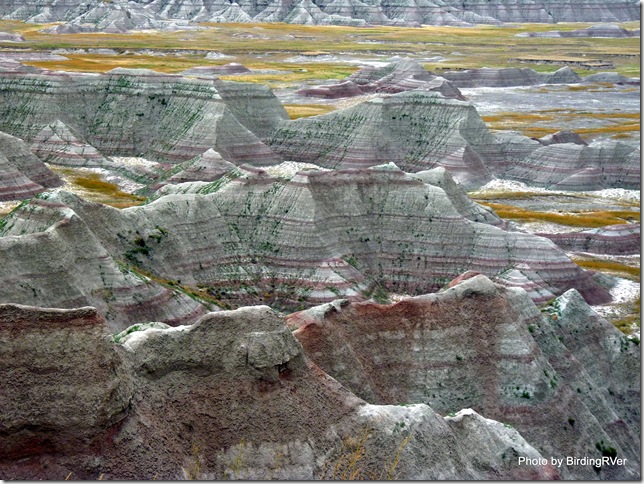 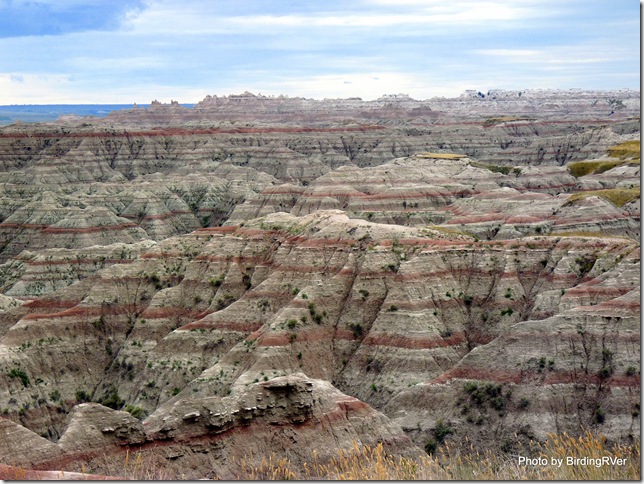 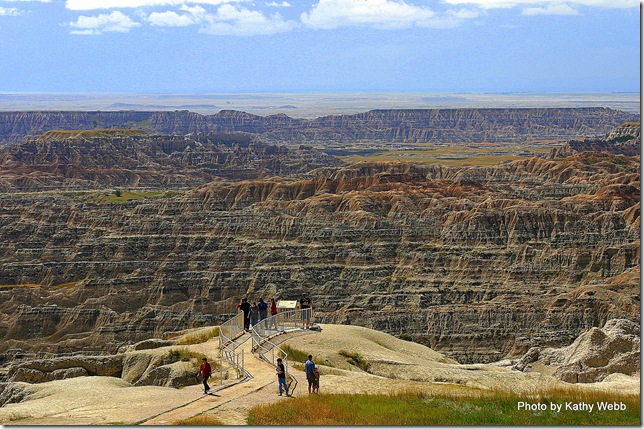 As the above sequence of pictures show Badlands National Park has a very wide variety of landscapes, rocks and vistas. 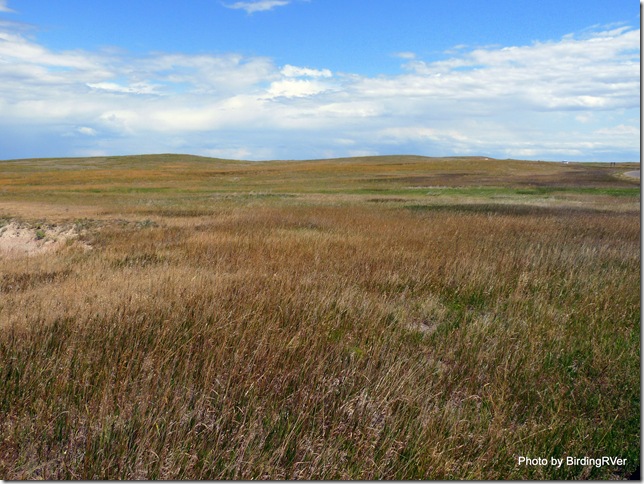 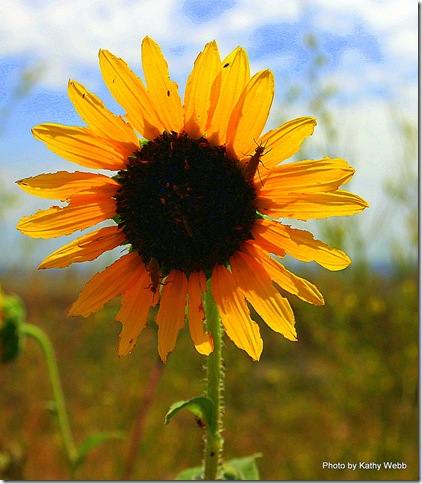 It also has grasslands and flowers. In fact it has the largest protected mix grass prairie in the United States. 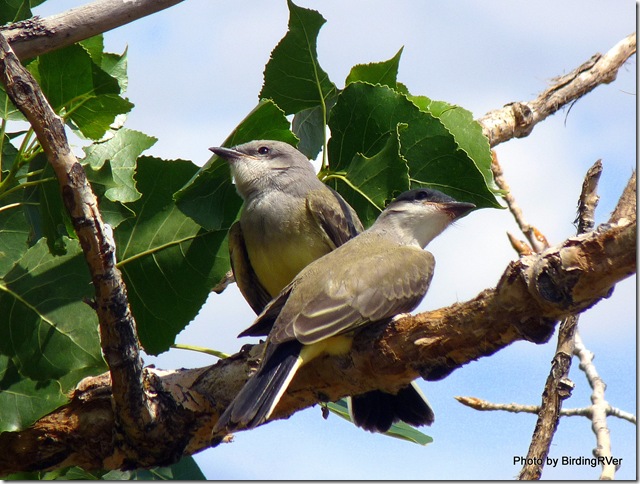 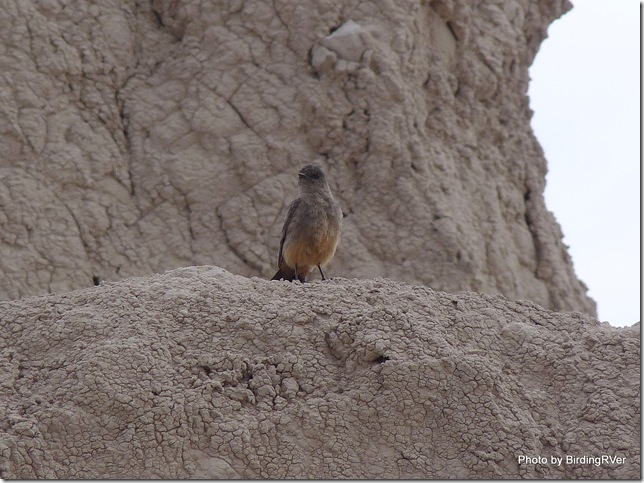 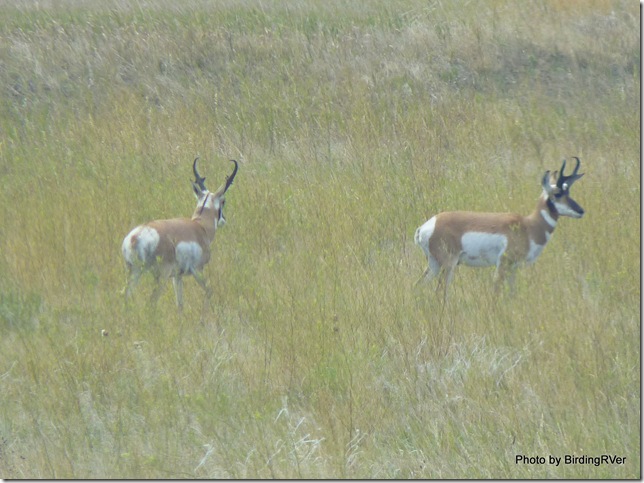 However the sighting of the day was this family of Swift Foxes that we saw just outside the park. This endangered species was reintroduced to Badlands National Park in August of 2003. 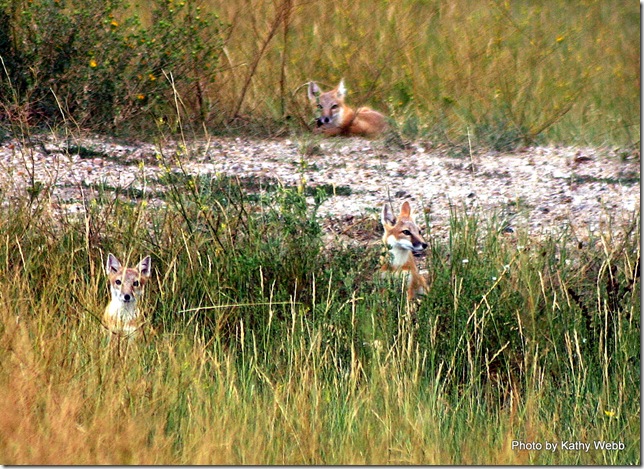 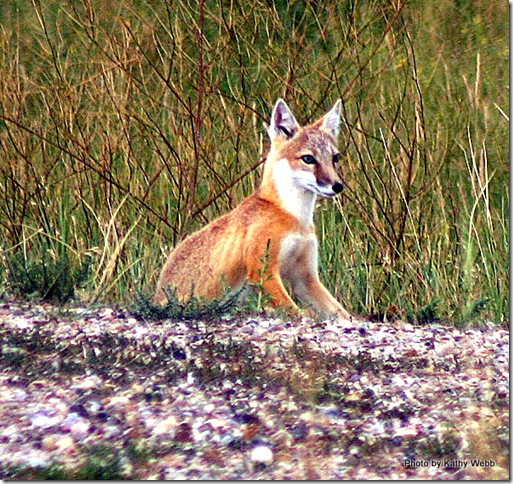 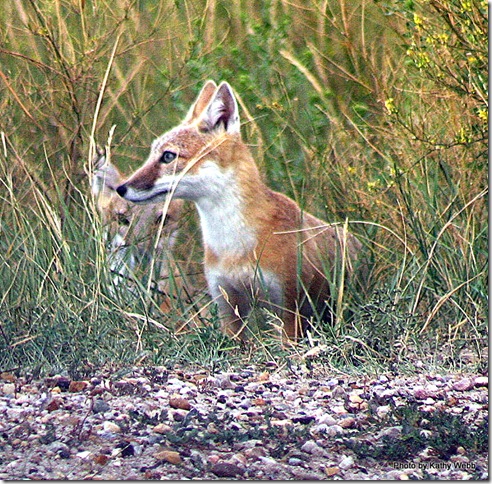 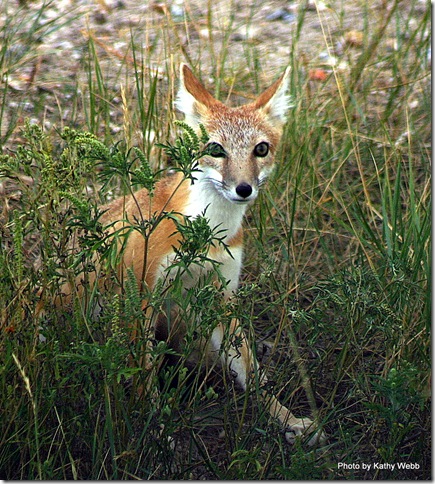 Posted by Grant and Kathy Webb at 8:46 AM