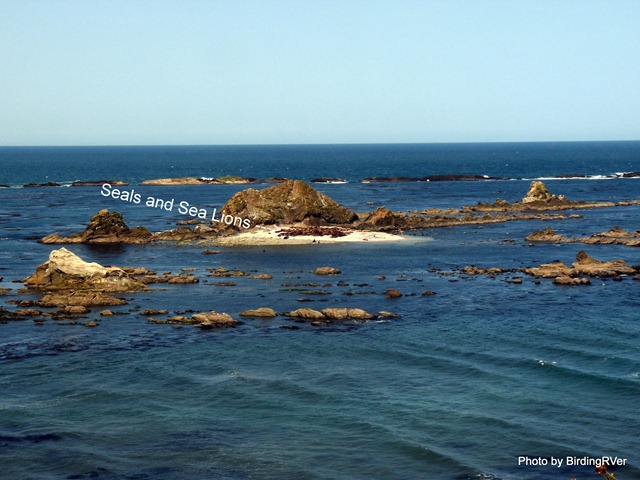 A small part of Simpson Reef

Weather: Clear skies with the wind picking up as the day went on

We awoke to a beautiful clear day. Our friends, John & Sue, as part of their volunteering with US Fish & Wildlife Service, were leading an 8 am Birding\Tidepool walk at Coquille Point here in Bandon. We had tentatively planned to go on their walk, but the prospect of fresh Blueberry pancakes won out.

Now a great day like today just can’t be wasted. We decided to head north to visit some of the Oregon State Parks near Coos Bay. Our first stop was at Simpson Reef Overlook. While standing there talking to the volunteers on duty, our first Bald Eagle of the season came gliding by the overlook at eye level and only about 15 feet out. Unfortunately, he moved too fast for me to get my camera ready before he moved off. The volunteer told us that the day before there had been 2 Gray Whales just north of the reef. No whale sightings today.

After our stop at Simpson Reef we continued down the road to Cape Arago State Park. Cape Arago is about 15 miles southwest of Coos Bay. It is one of those places on the Oregon coast the sticks out into the ocean. This cape does not stick out as far as Cape Blanco, but it sticks out far enough to get a strong wind. We could see forever, but there weren’t many birds around.

Leaving Cape Arago we next stopped at Shore Acers State Park. This park was once the estate of timber baron Louis Simpson. The house burned down years ago, but the gardens are still kept in shape. Even here in early May there were flowers in bloom. Rhododendrons and azaleas especially. 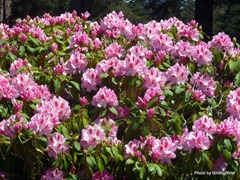 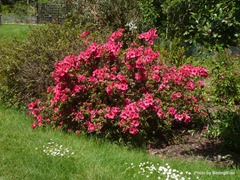 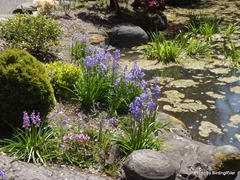 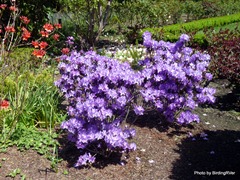 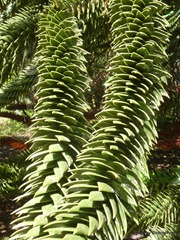 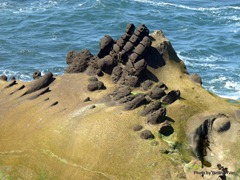 Sue & John frequently go to the Fishermen’s Grotto in Charleston, Oregon. So naturally we had to try it out. I had the most unusual sandwich. It is called the Oyster Philly. Think of a Philly Cheese Steak sandwich but have the steak replaced by deep fried oysters. It is an amazing good sandwich.

One final stop for the day was a Great Egret Rookery along the Coos River that John & Sue had told us about. There must be 100 Great Egrets nesting in the trees at the rookery and another 25 – 50 Double-crested Cormorants sharing the same trees.  Our viewing site was across the river from the rookery so I just could not get a decent picture.

Posted by Grant and Kathy Webb at 5:55 PM