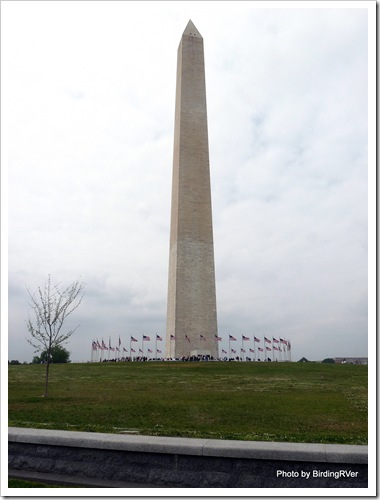 Did you know that the stone in the Washington Monument is two different colors?

Just a note: this entry was WHILE we were in Washington, DC back in May! It appears we have confused some of our readers!

The Cherry Hill RV Park has a “dog walking” service available. For a small fee a person will come to your RV and give your pet two “potty breaks” and a 20 minute walk while you see the sites of Washington. If need be they will even feed your pet for you. Knowing  that Raider was being well cared for we spent 10 hours one day and two 12 hour days seeing as many sites as possible. We opted for a Gray Line Tour called “Open Top Sightseeing Tour”

This tour included a very nice courteously bus to take us into and out of Washington each day and allows for an unlimited number of hop on or hop off stops over a two day period.  This allowed us to see much more of Washington than we could have on foot and got us out sight seeing much earlier than the public bus and  Metro ride into Washington did. 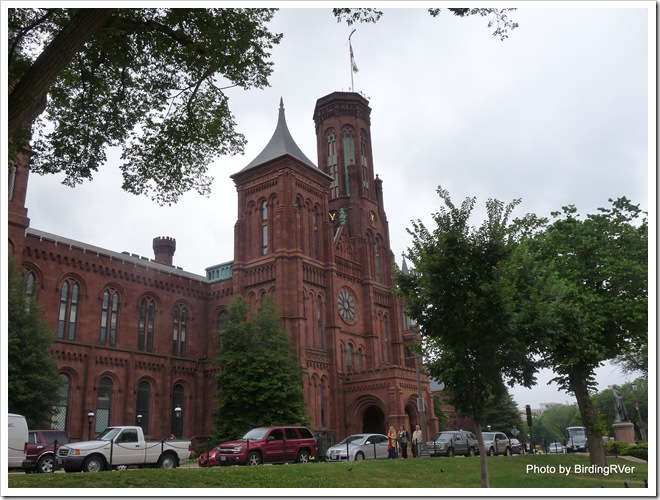 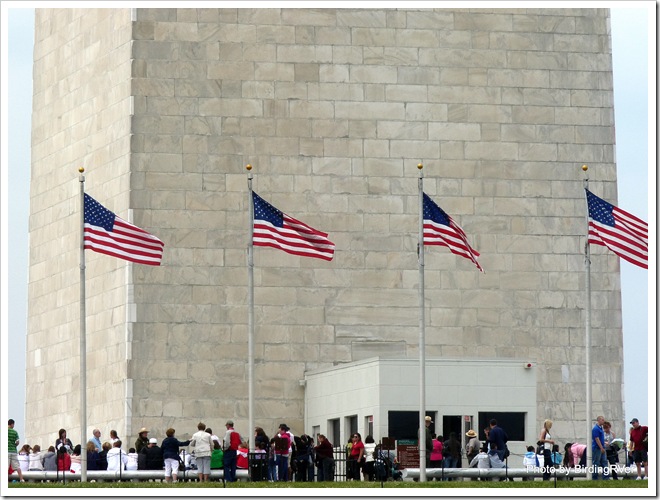 We visited the Washington Monument 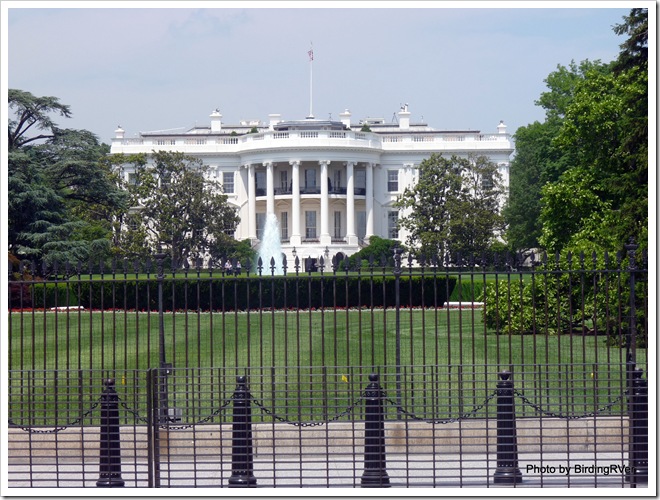 We saw the White House 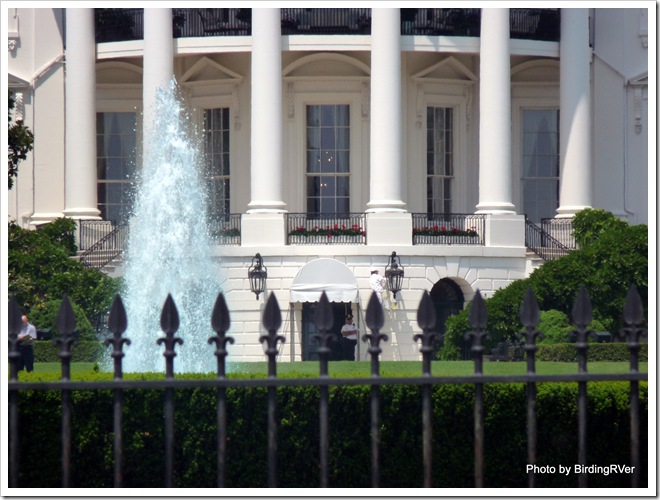 This is the Oval Office. I think that if you look real close you can see President Obama waving to the camera. ;-) 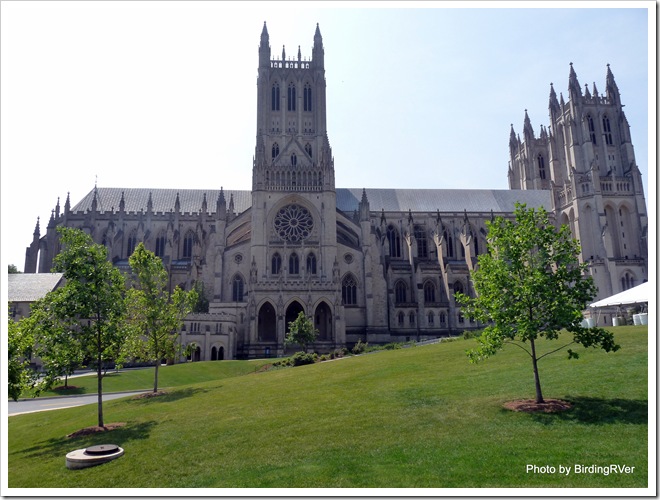 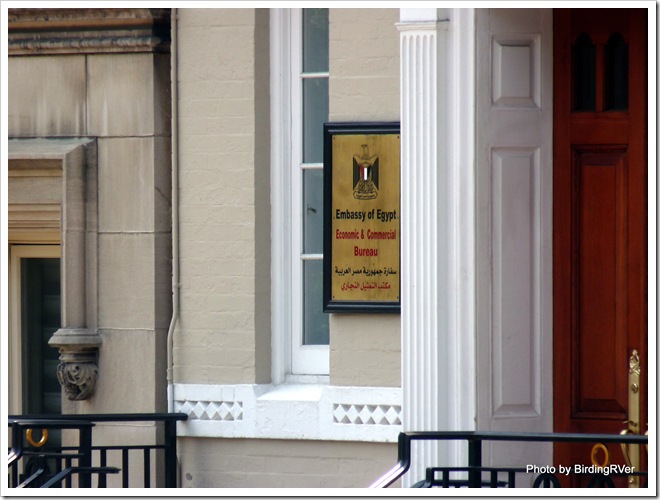 We took a ride down Embassy Road

We visited the Lincoln Memorial: 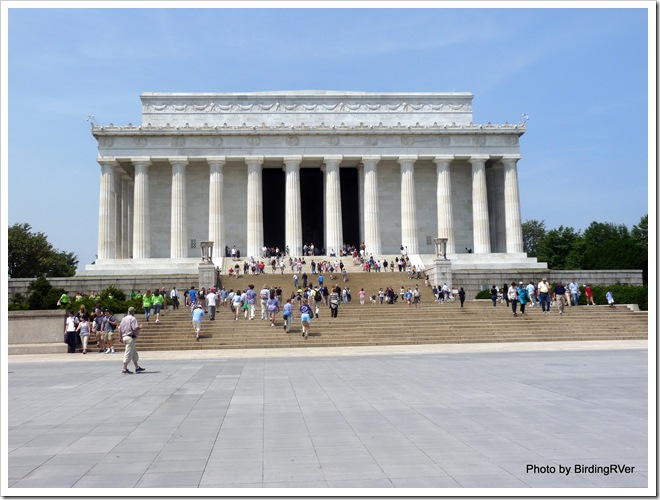 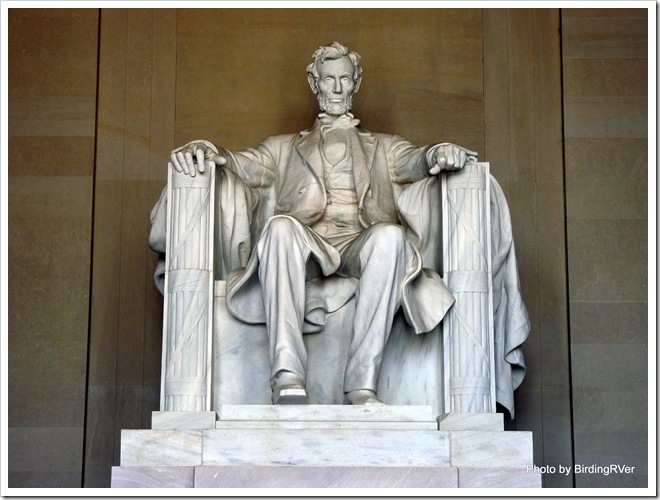 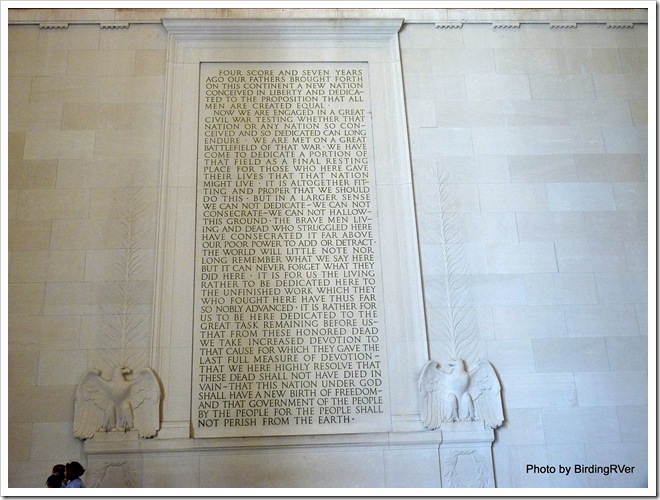 We visited the Vietnam War Memorial: 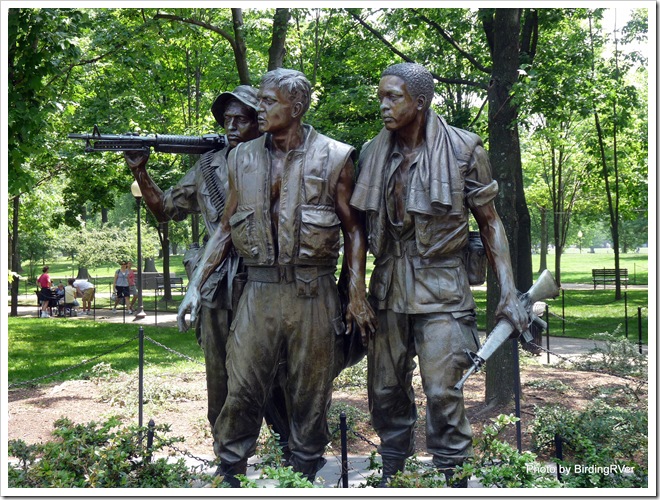 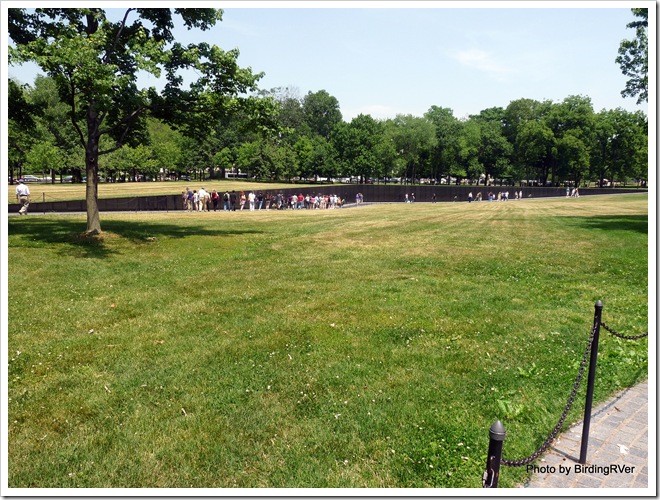 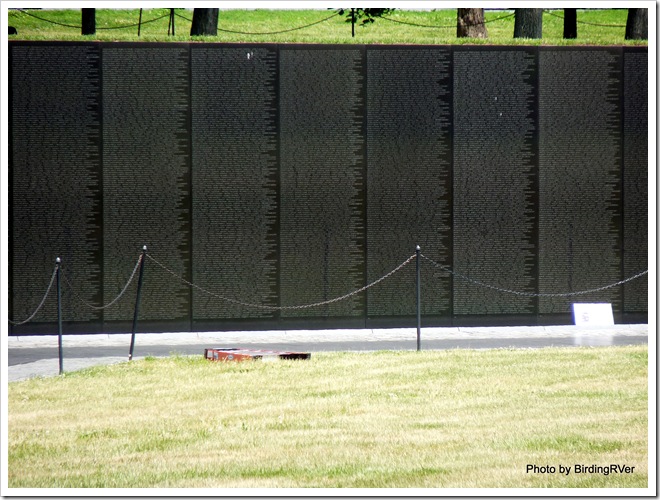 Both the Jefferson Memorial and the FDR Memorial were closed for repair.

We toured the Capitol Building: 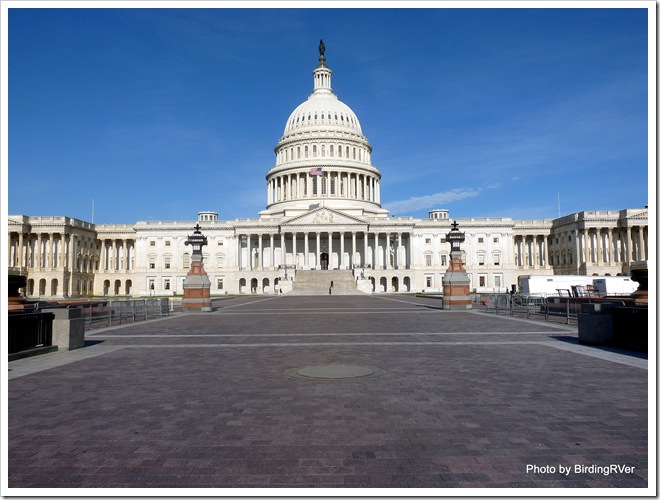 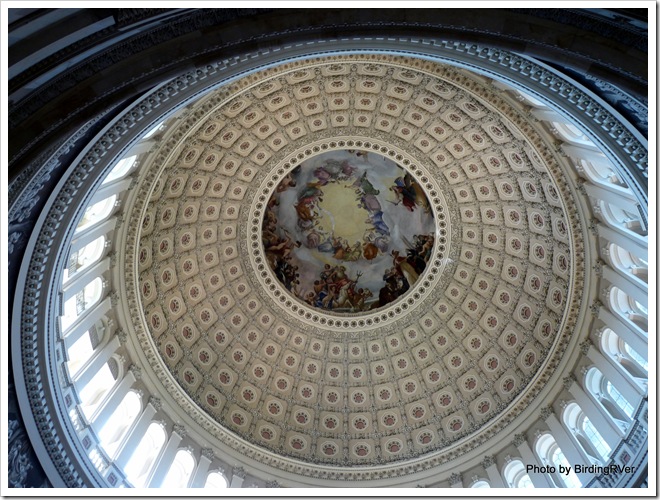 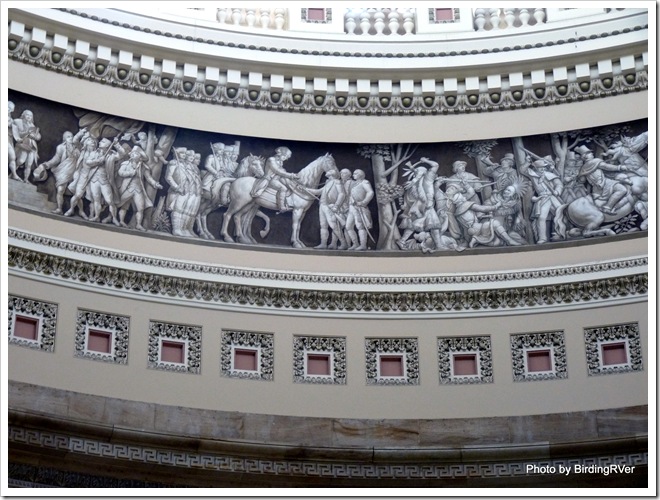 Other sites we visited include: 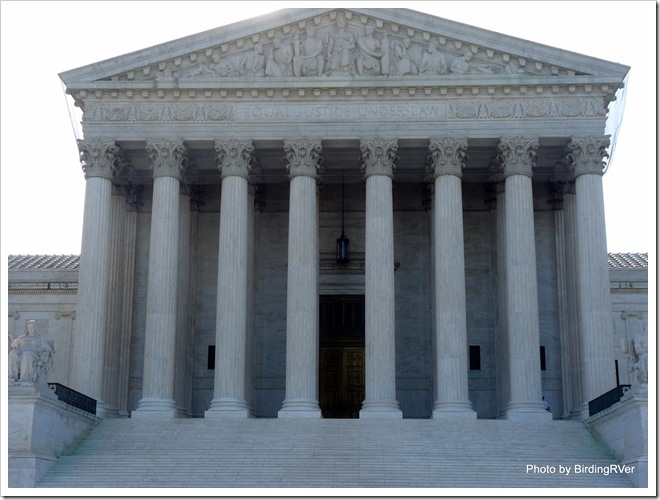 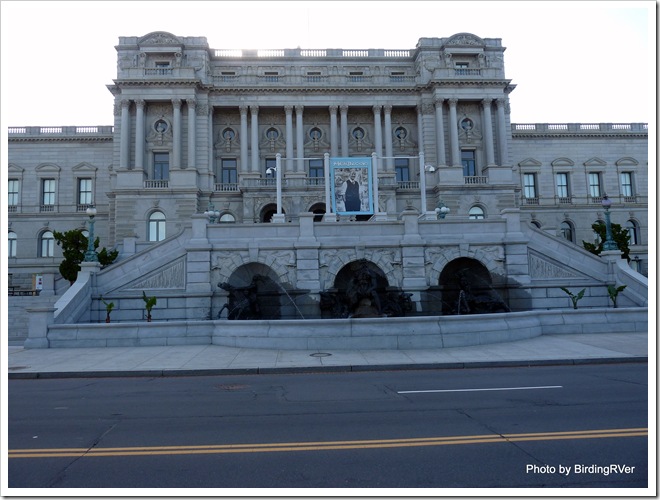 The Library of Congress Build

The slideshows has many more pictures of our visit to Washington

Posted by Grant and Kathy Webb at 1:14 PM