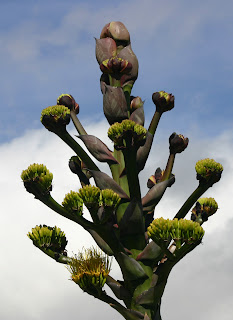 We had only planned to stay in Tucson for two weeks, but we lost a lot of time while we were sick.

Also, we received an email from MOC friends Jim and Jan Spencer from Vermont. They are headed back to Vermont from Southern California by way of Texas and are coming through Tucson, so we are staying awhile longer to see them again. 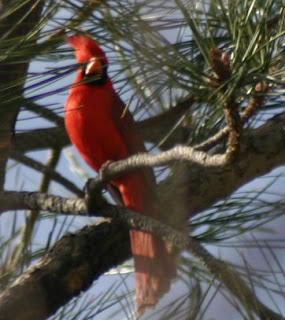 For a couple of people who call themselves BirdingRVers, we have been doing very little formal birding. However, on Saturday we went on a Bird Walk at the Sonora Desert Museum. They have a docent lead walk every morning at 8:30. Our group only had six people, two of whom called themselves “newbies” to birding. We didn’t see a lot of birds but got very good looks at the ones we did see. New to our Arizona list were, Orange-crowned Warbler and Ruby-crowned Kinglet. We also saw several Cardinals, Cactus Wrens, Curved-billed Thrasher, Pyrrhuloxia, and Phainopepla.

The weather has been very nice here in Tucson the past week. The overnight low have been in the 50s and day time temperatures have been in the 70s with alternating mostly cloudy to mostly sunny skies.

Bird note: We have seen 30 species of birds here in Tucson

Mammal note: We have been seeing Coyotes while driving or walking on the desert about one every two or three days and we have heard them every night since we arrived. 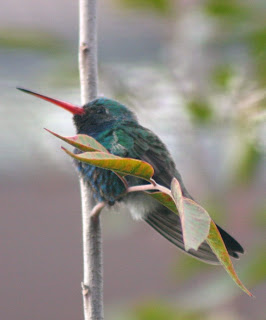