Although we are posting this blog entry the second week of November, we were actually in New Hampshire the first week of September. 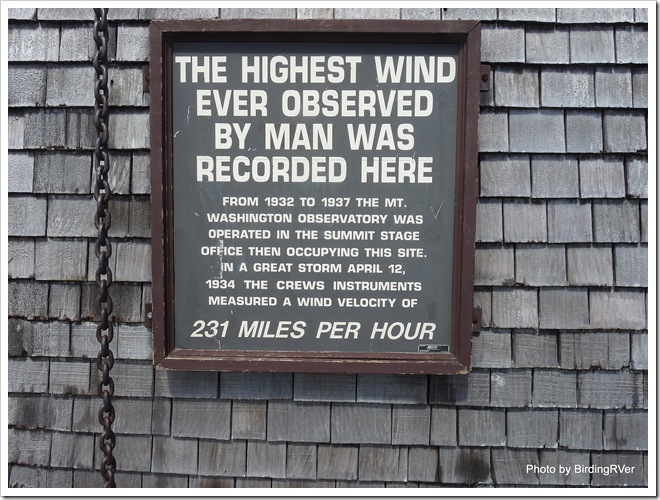 As we well know non-retired RVers and campers really look forward to the three big three-day weekends of Memorial Day, 4th of July and Labor Day. As we used to do, many make their plans and reservations months in advance. These weekends are problematic for fulltime RVers, because we never know were we will be months in advance to make reservations. That coupled with the increase in traffic and crowds; most fulltime RV we know are just happy to find a place to sit out the holiday weekend. We found an older, smaller campground with at least twice as many tent sites as RV sites. Near the small New Hampshire town of Gorham in the White Mountains. 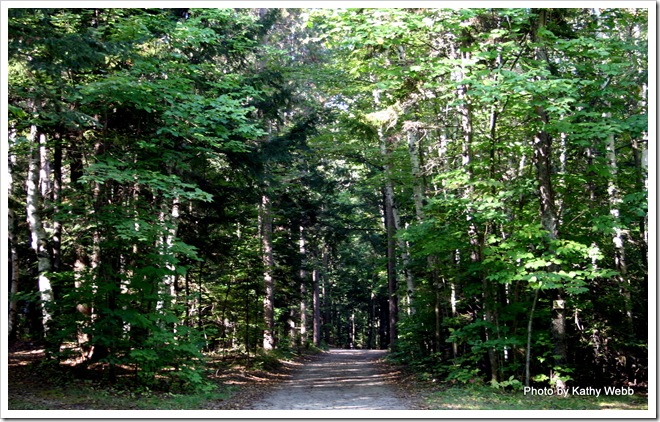 One of the  many hiking trails at the campground.

This particular campground had miles of  loop trails and roads for the three of us to hike on everyday and the tress were beginning to turn into there fall colors. 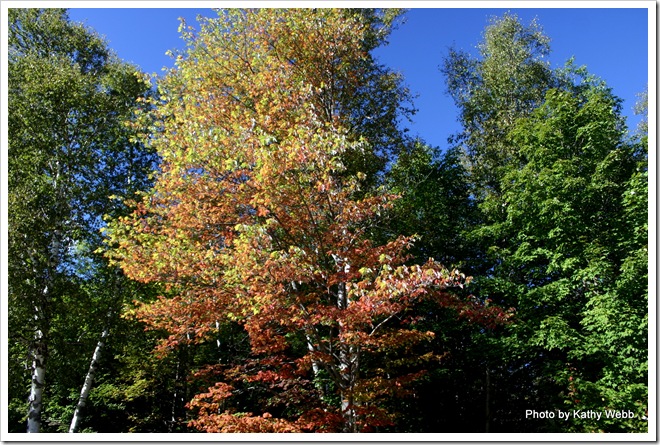 Probably the most famous spot in the White Mountains and perhaps all of New Hampshire is Mount Washington. To quote Wikipedia “Mount Washington is the highest peak in the Northeastern United States at 6,288 ft (1,917 m). It is famous for its dangerously erratic weather and long held the record for the highest wind gust directly measured at the Earth's surface, 231 mph, on the afternoon of April 12, 1934.” Mount Washington has a long history of  tourist visitation since the Crawford Path, the oldest mountain hiking trail in the United States, was laid out in 1819 as a bridle path. Mount Washington was developed into one of the first tourist destinations in the nation, with construction of more bridle paths and two hotels in 1852 and 1853.” 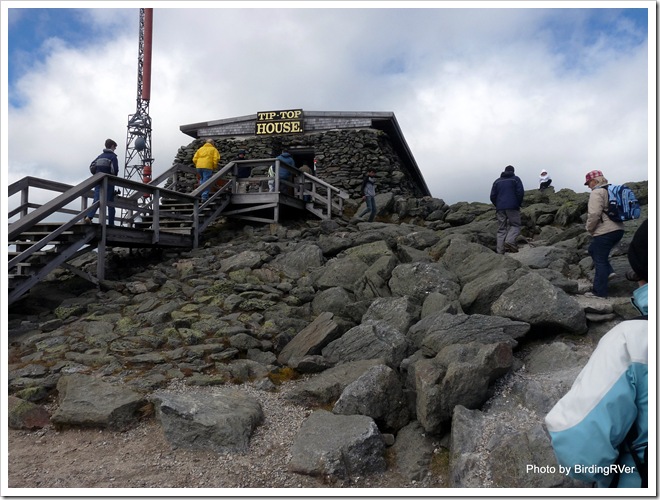 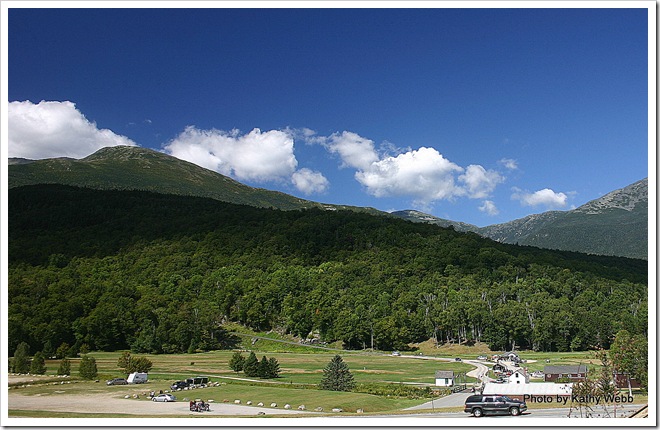 That is the beginning of the barely 2 lane road up the mountain.

It was so clear we could see forever looking north. 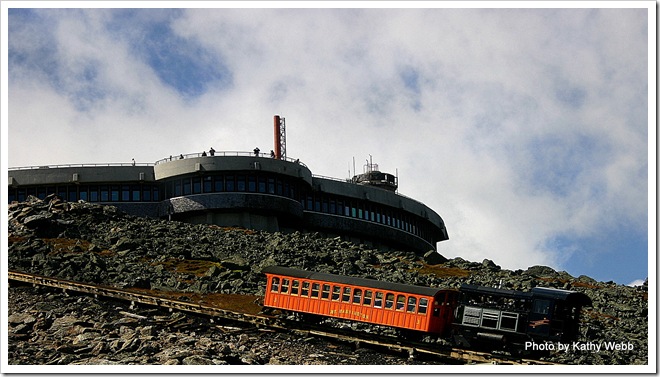 Almost to the tippity top! 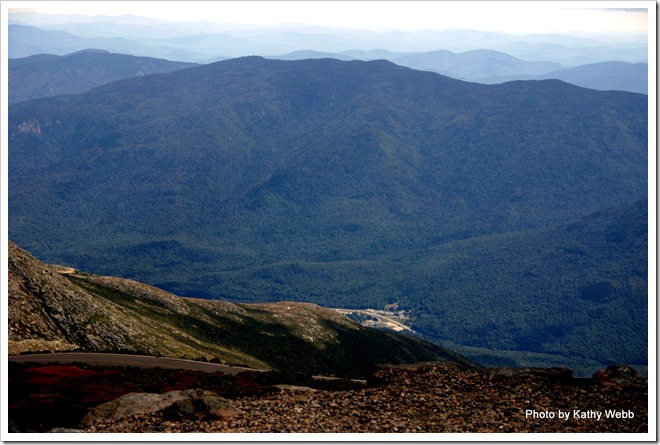 Looking down to the place we started at!

It was in the 70s when we left the valley at the start of the tour. When we arrived at the summit the was blowing at 37 mph, the temperature was 34 F and the Wind Chill was 16 F! Yet we saw a few people getting out of the vans and cars wearing flip flops and shorts!! What were they thinking! 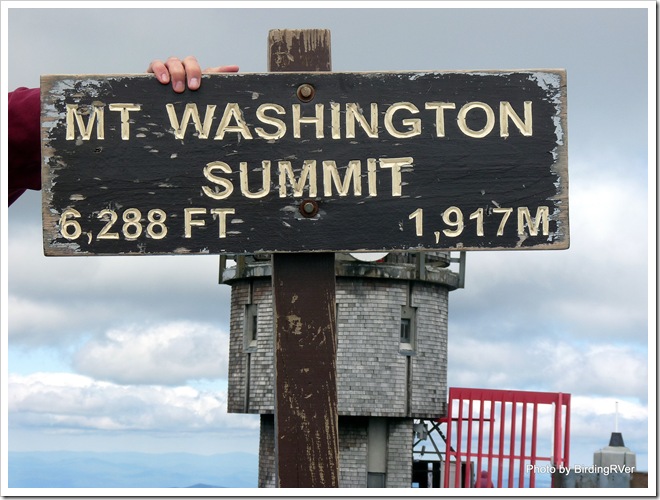 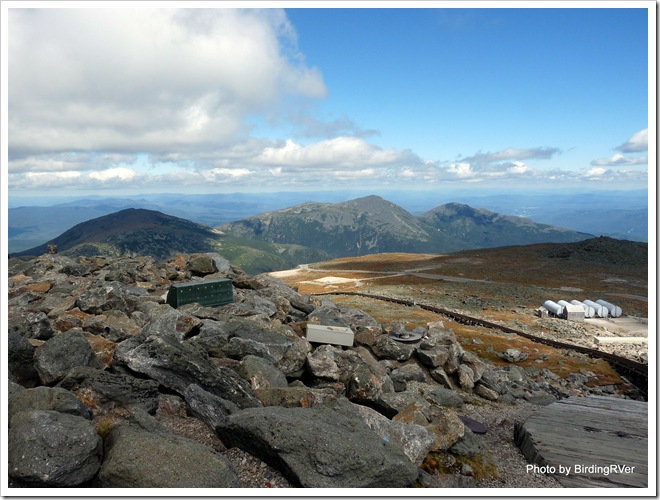 Looking north with the railroad in the foreground 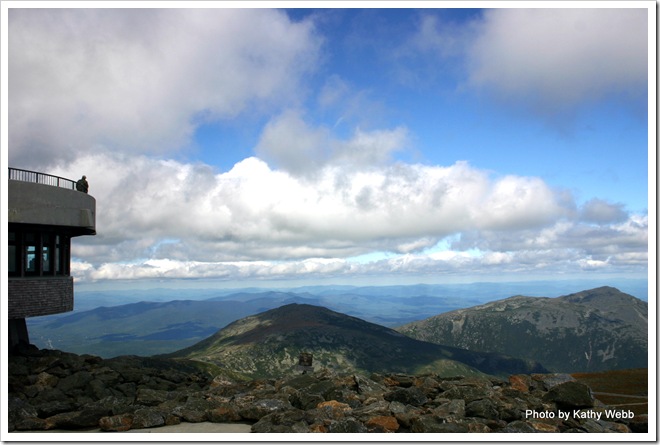 Looking west in the howling wind 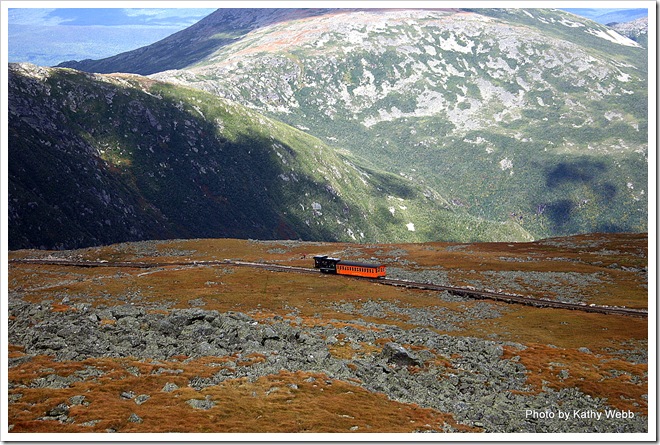 Down the fall colored bracken mountain it goes 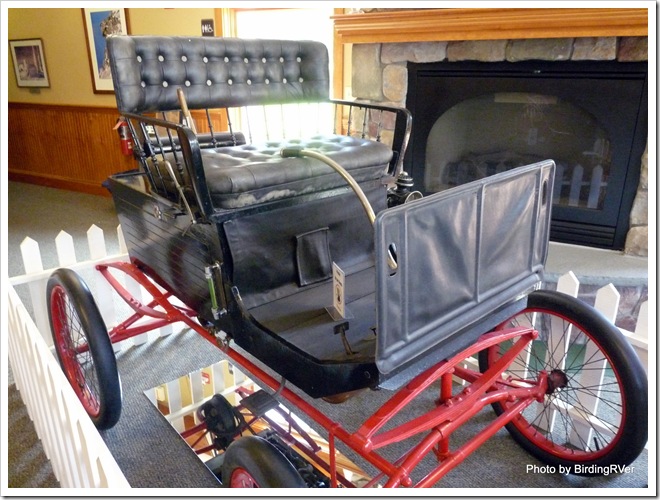 The original Stanley Steamer that F.O. Stanley and his  Wife used to drive to the top on August 31, 1899 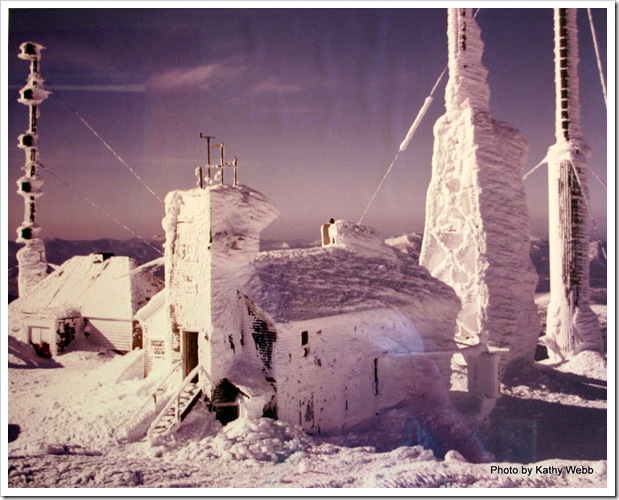 This photo on the wall of the museum shows why you probably don’t want to visit in the winter.

Posted by Grant and Kathy Webb at 3:12 PM