Although we are posting this blog entry the second week of November, we actually returned to Maine the third week of August. 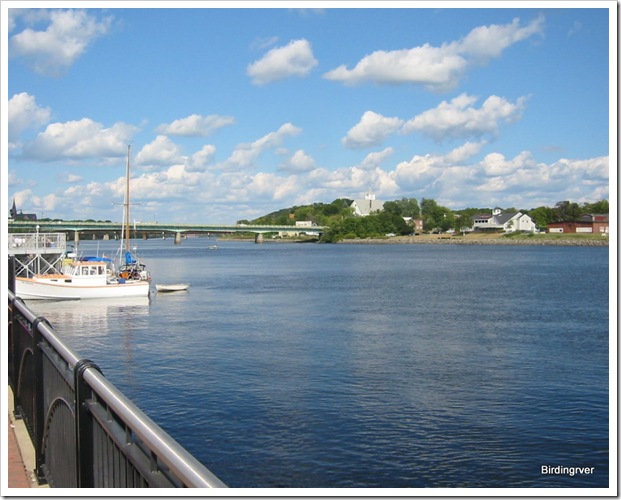 Penobscot River going through downtown Bangor, Maine.
After a wonderful six weeks in the Canadian Maritimes  we returned to Maine and the Pumpkin Patch RV Resort. We had stayed there over the 4th of July weekend prior to going into Canada and returned because it is a very nice RV Park with very friendly people. Somehow we forgot to get any pictures!
Surprisingly, when we returned to Maine it was HOT! The temperatures were in the 80s and 90s. So, it seemed like a perfect time to head to the ocean. Acadia National Park is about a 50 mile drive from Bangor. We packed a picnic lunch, Raider and returned to the National Park. My, how things had changed since our time there in June. We had noticed that the whole Bar Harbor and Acadia Park area was becoming more and  more crowded each day as June went along. In August the place was PACKED, even at mid-week. The trailheads and beach access parking lots were so crowded with cars that the park service just had people park in the right lane of the road.
Fortunately, for us the one parking area that wasn’t full was near a great picnic spot we had found near Otter Cover. 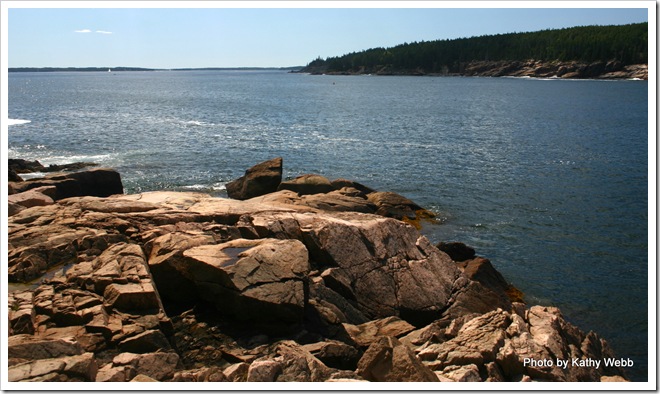 View from our picnic spot at Otter Cove
More pictures around Otter Cove: 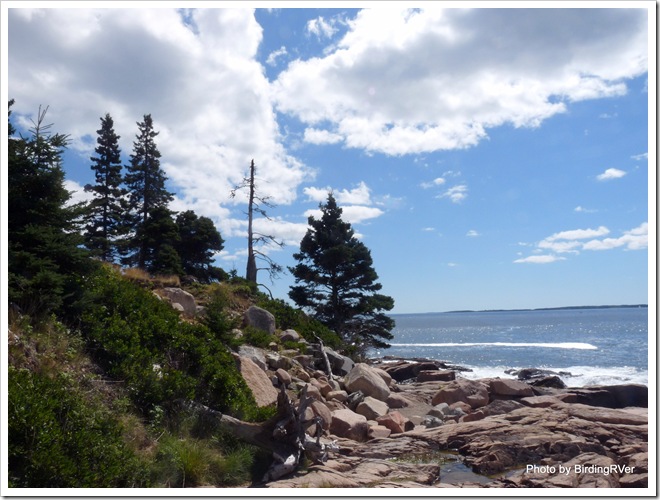 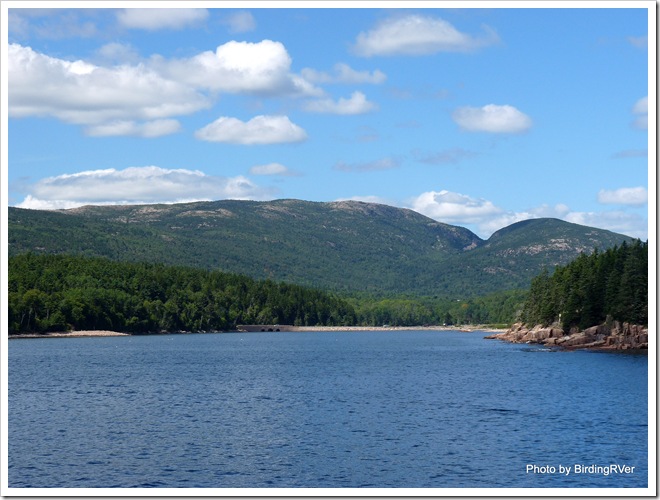 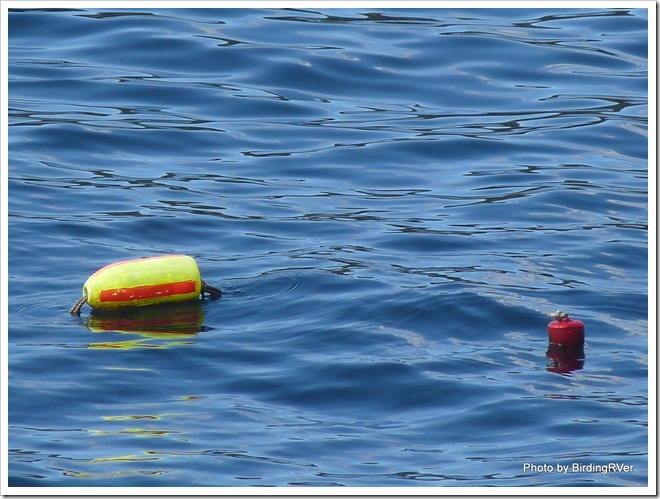 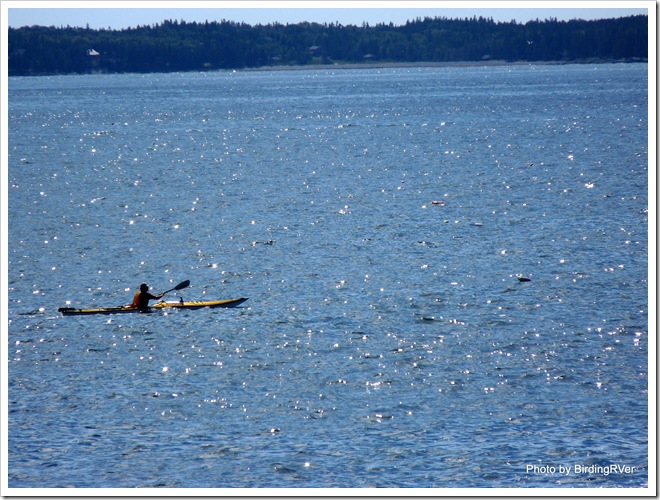 Just to prove that we do still watch birds, I thought I would include a few bird pictures: 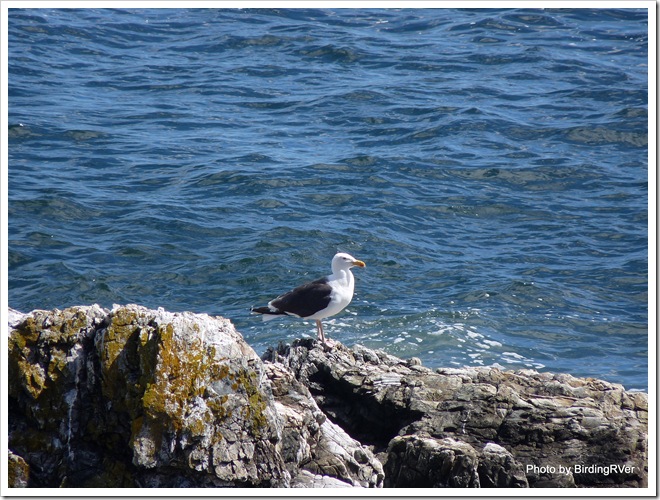 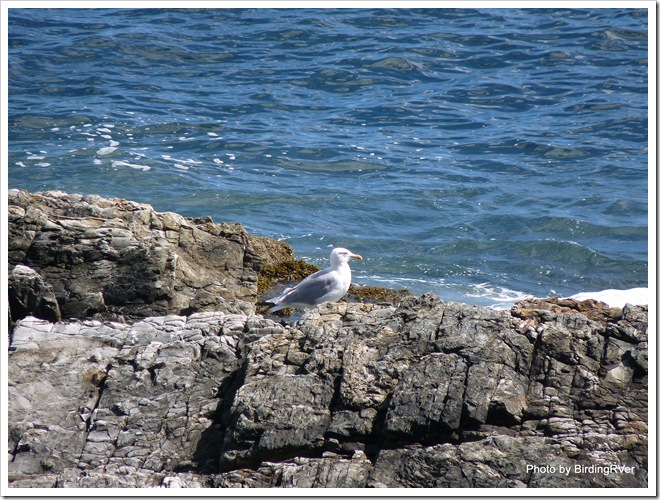 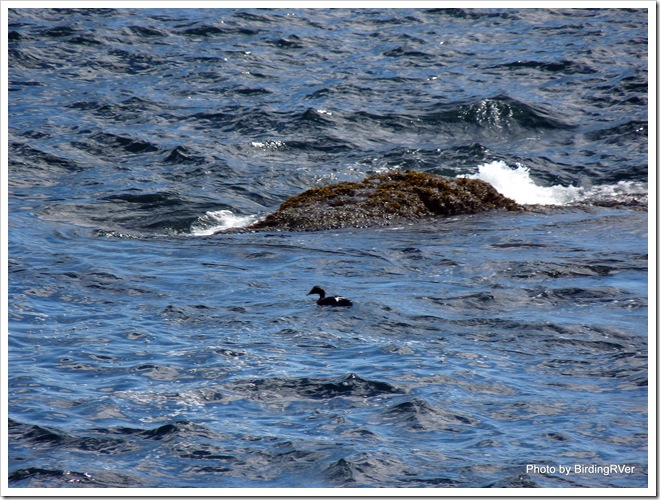 Black Guillemot
While we were staying in Bangor they had the annual “The American Folk Festival on the Bangor Waterfront”. This is a very popular two day event held in downtown Bangor along the Penobscot River. 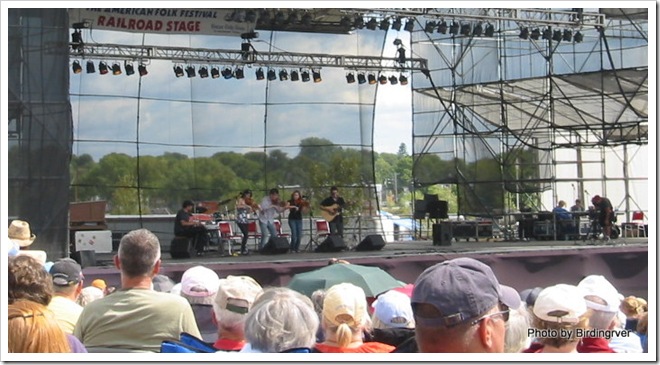 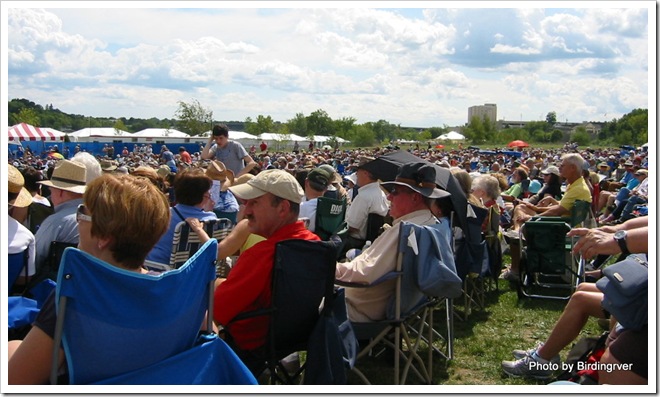 The crowd enjoying music from all over the world 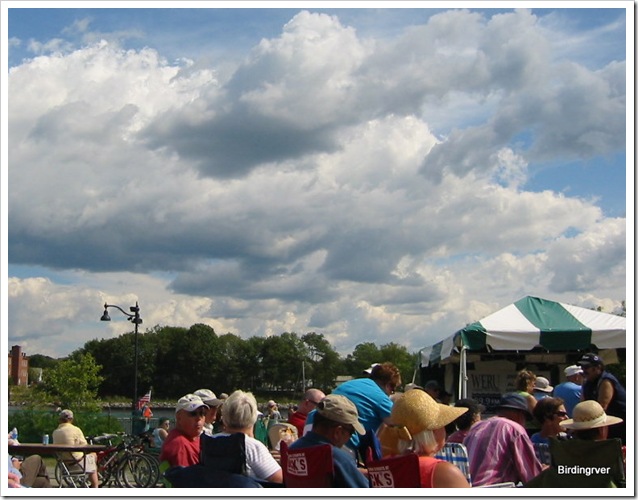 The Festival is held on the Penobscot River, Bangor, Maine
Retune to Maine slideshow:

Posted by Grant and Kathy Webb at 4:30 PM