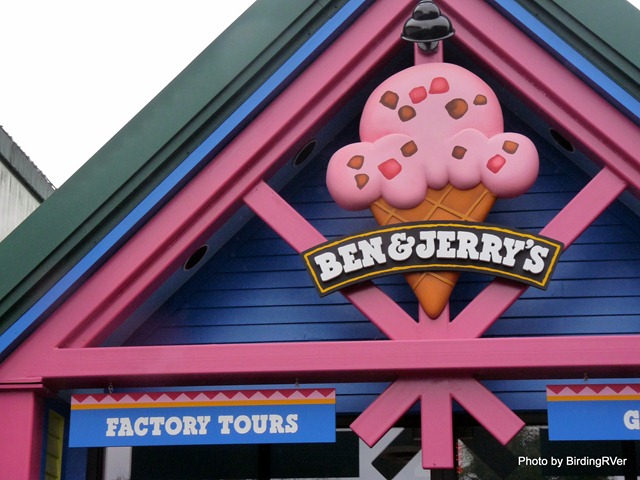 Although we are posting this blog entry the third week of December, we were actually in Vermont the second week of September. It has been a very hectic month since our last blog posting. The blog is now three months behind real time and that makes it very hard to remember what we did and what we saw.

Kathy's Aunt Eileen and Uncle Pete live in Williston, VT, right near Burlington. Since there are only 10 years apart from Kathy and her aunt, Eileen is more like an older sister. So we had been looking forward to seeing them! The last time we saw them was in 1979.

As soon as we got to Burlington, Kathy called them up to see when we could come visit. Uncle Pete is quite a kidder. He says, "When will you be back this way?"

"Well, Aunt Eileen is very sick with pneumonia right now! Very contagious. The doctor says she should be better within 2-6 weeks!"

Oh my goodness, fast thinking had to go on, we had just registered for a week there in Burlington. "How about if I check in and see how she's doing a week from now? Perhaps she might be up to a short visit from us. We registered for a week and we can add time on, there's no problem at this time of the year."

So a week later, she was up and around, gone through the antibiotics, and well enough to see us. They have a beautiful home in a homeowners association, with great big yards for each home! It was so good to see them again and we gabbed for several hours until she was hoarse! I wished we could have stayed longer, but at least we got to see them before heading west.

Burlington is very close to the Ben & Jerry’s Ice Cream Factory so, naturally we went to take the tour. As factory tours go it was very disappointing. They charge $3 each to take the tour, I have never been charged for a factory tour before. All we saw was a work crew hosing down the ice cream packing area getting it ready for the next run of ice cream. At the end of the tour  they gave us a sample of a Toffee, caramel ice cream. No choice of flavors and I didn’t like the toffee or the caramel. However, it was interesting to hear the history of Ben & Jerry’s and how they went from “hippies” to serious millionaires.

We also came to Burlington, to visit with Montanaowners.com friends Jim and Janet who we had not seen since March 2008 in Tucson.

We had a mix of weather while in Burlington some rainy days, some windy cold days but, on the only perfect 70 degree day Jim and Janet took us sailing on Lake Champlain. This was the first time the we had ever sailed on a fresh water lake and we found it quite different from sailing on San Francisco Bay or on the ocean off of California. Lake Champlain is 110 miles long but only 12 miles wide at its widest spot. The wind blows straight down the lake and I think you could travel the entire 110 mile without ever tacking the boat. There were no waves or swells on the lake at all. 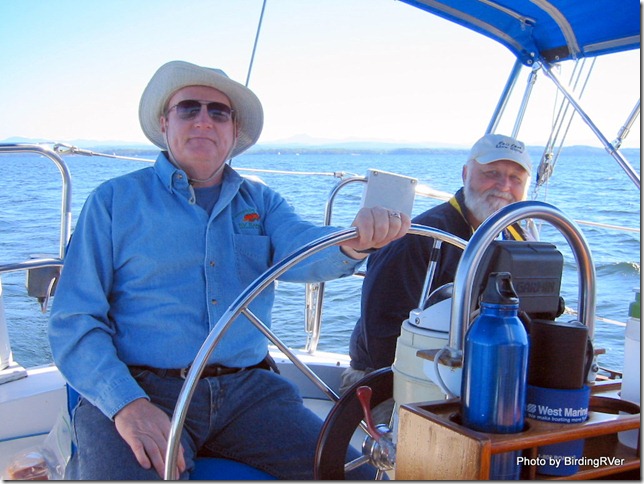 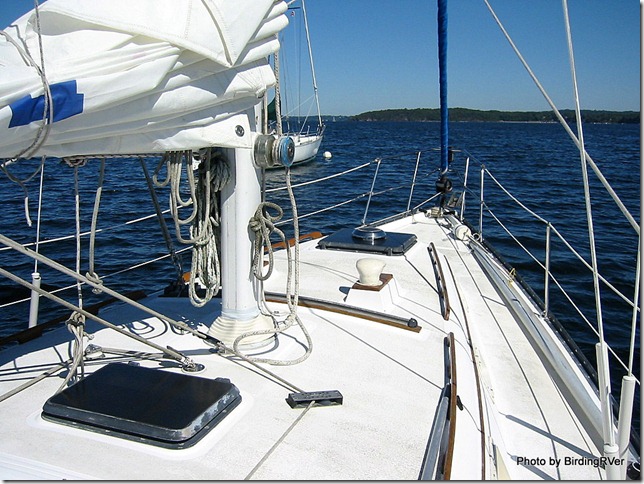 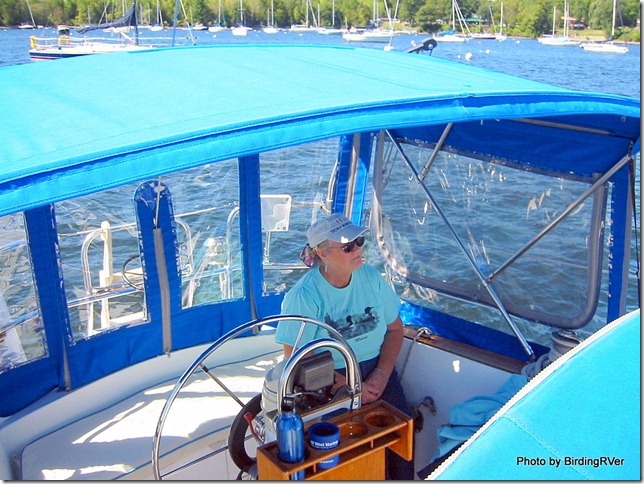 One day while staying in Burlington we had to go to New York to get our prescriptions refilled. After all New York is only 10 miles away, just on the other side of the lake. There are only a couple bridges across Lake Champlain and none of them are near Burlington. So we had a nice ferry ride to Plattsburg, New York. 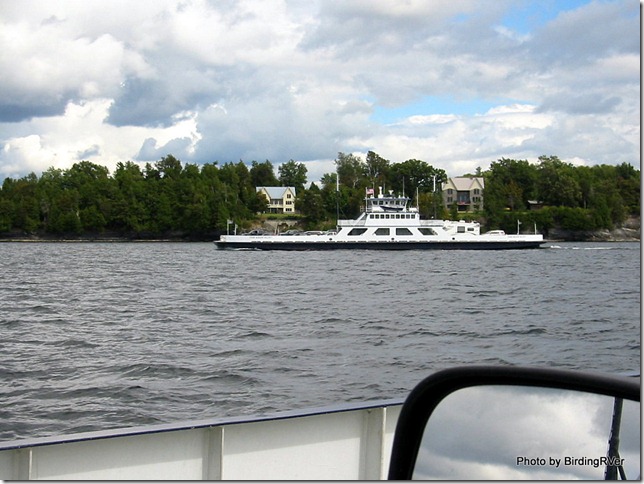 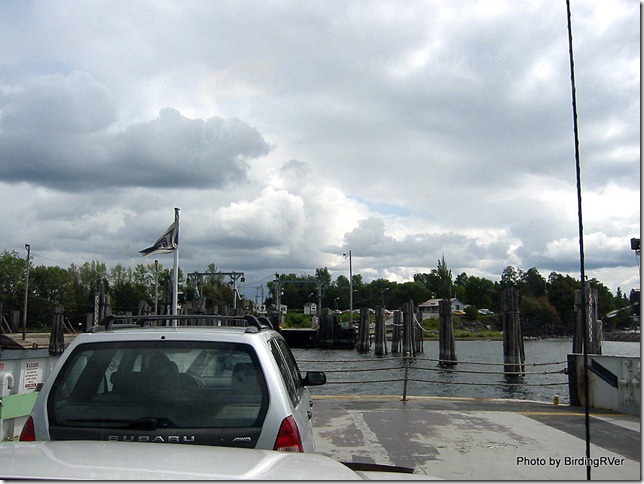 More pictures of Vermont on the slideshow

Posted by Grant and Kathy Webb at 3:32 PM