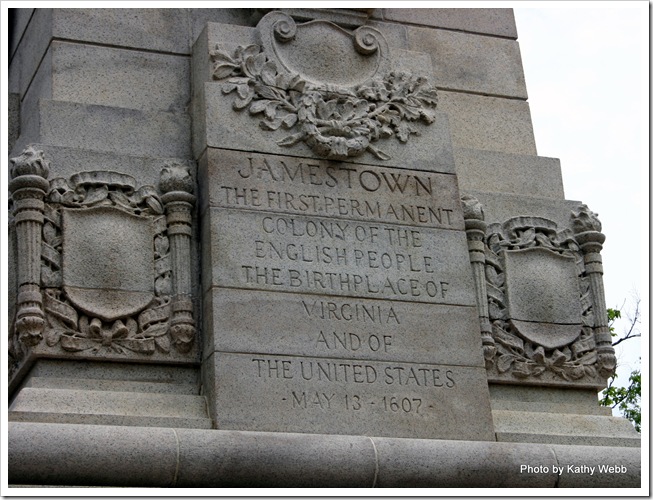 Jamestown was established on May 13, 1607 making it the first permanent  English settlement in North America and of course, the first settlement in what would become the United States.

“Jamestown, a place of many Beginnings 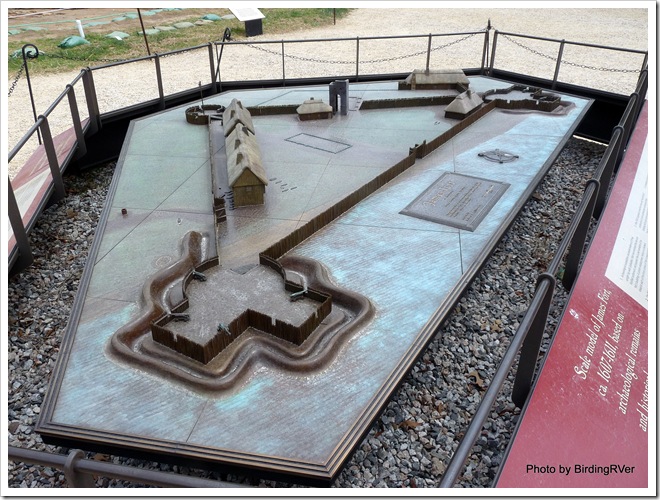 a model of Fort James

Walking in the steps of Captain John Smith and Pocahontas is probably what makes it so special to visit Jamestown. Most of us know about Jamestown as the Johns Smith and Pocahontas story from a Disney movie. Being here makes them “real” and the stories of starvation, disease, fighting Indians and death shows how  close they came to NOT being the first permanent settlement. After the first year, only 38 of the original 144 had survived. The winter of 1609-10, known as the "STARVING TIME," may have been the worst of all. Only 60 of the 500 colonists survived the winter. At the end  of that winter the 60 survivors loaded onto a ship and headed for  England. By pure luck they met Captain John Smith and the relief ships as they were entering Chesapeake Bay. 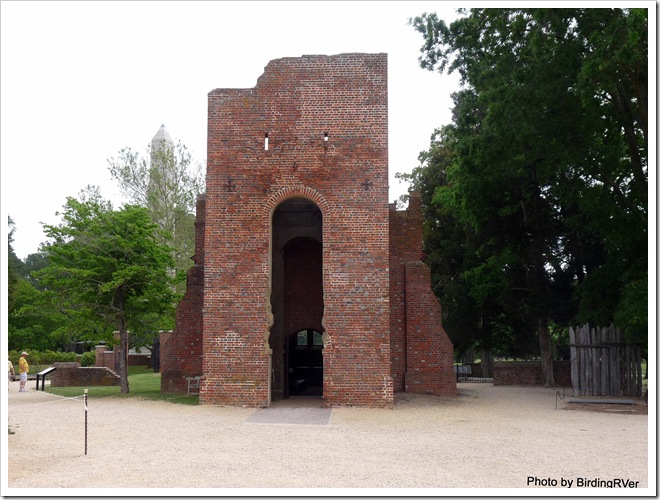 This tower from 1647 is the only 17th century building still standing in Jamestown although it originally was 28 feet taller. 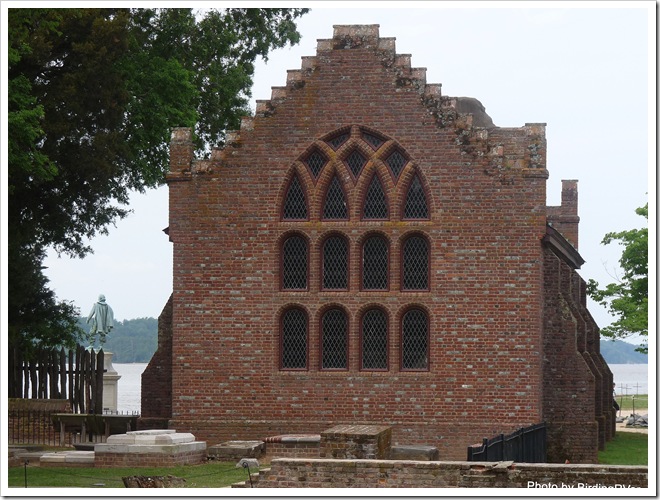 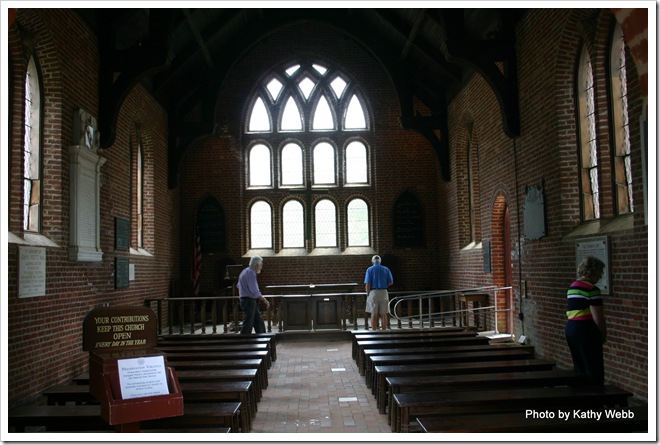 Between 1607 and 1686 the colonist built 5 churches on this site. This church was built in 1906. It attaches to the original  tower at the front.

In 1699 the capital was moved to Williamsburg and Jamestown faded into disuse and became farm land  on a  plantation. By the 1800s no one knew exactly where the old fort had been and by the 1990 is was thought that the original fort had been lost to 3 centuries of erosion. However in 1994 archeologists working near the church tower found the actual post holes dug for the original fortifications. Subsequent, archeological digs have uncovered additional post holes, foundations, wells and 1,000s of artifacts. Many of these artifacts are on  display at a wonderful museum at Jamestown. 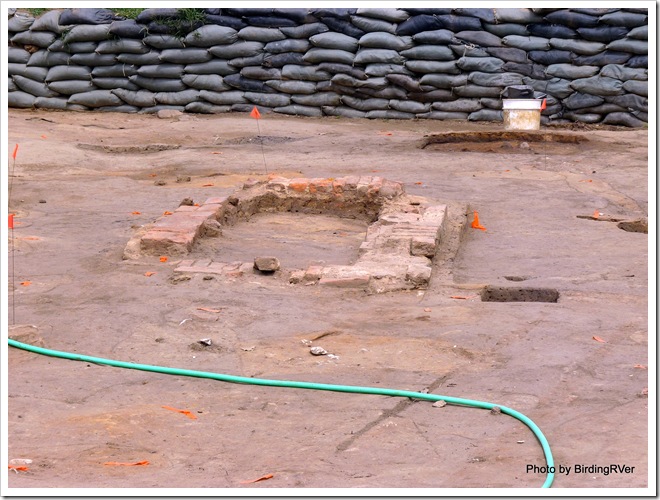 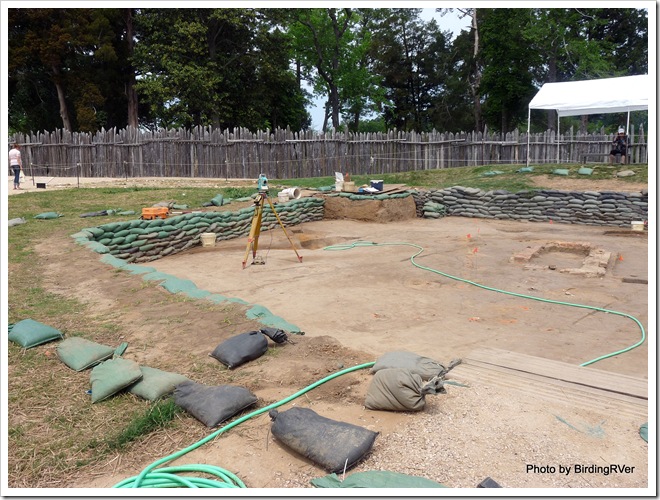 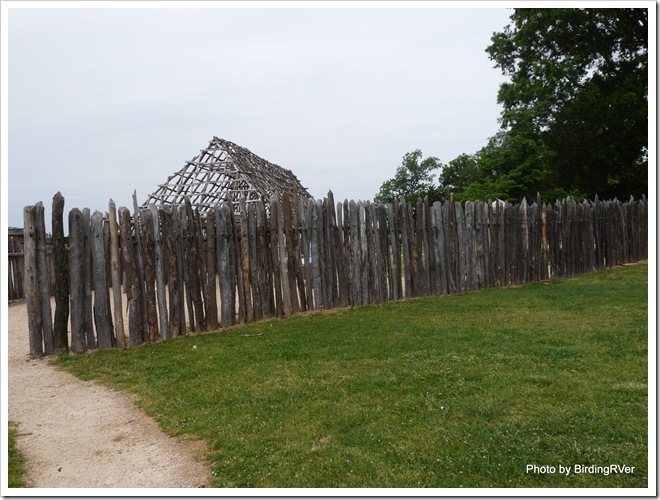 Rebuilt palisades and a partially rebuilt building in the background. 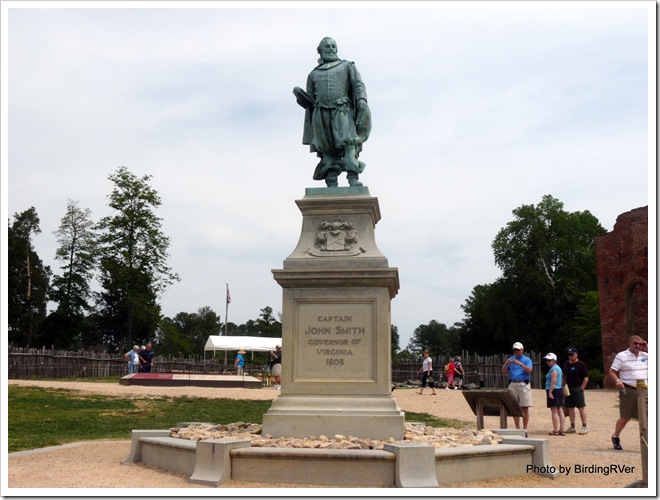 Yes, there really was a John Smith.

It should be noted that what really made the Jamestown colony viable was that John Rolfe, the future husband of Pocahontas. succeeded in growing tobacco in the colony. Once established, the amount of tobacco shipped England doubled almost yearly.

Posted by Grant and Kathy Webb at 1:12 PM