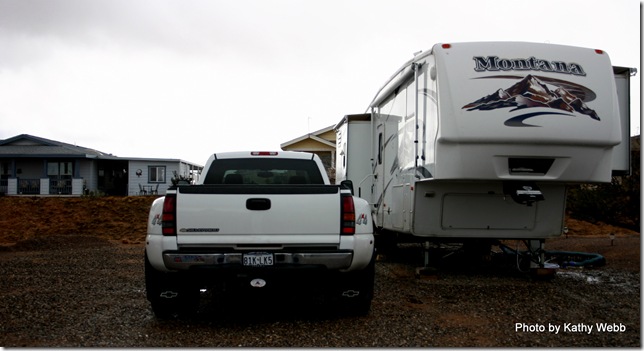 After three weeks at Diamond J RV Park in Tucson it was time to move on. Our next stop would be Benson, Arizona, a trip of about 50 miles. As we were hitching-up the trailer we could see very dark clouds in the west heading our way. It was just starting  to rain as we were pulling out of the RV Park. Since Benson is almost due east of Tucson we had no problem staying ahead of the rain, but when we stopped at the RV Park in Benson the rain and wind caught up to us. It was the coldest, windiest and wettest setup we have ever done. As soon as we could we were inside running the  heater.

Our main reason for coming to Benson was to visit Kartchner Caverns State Park. Kartchner Caverns has two tours: the Rotunda/Throne Tour and the Big Room Tour. When we were in this area two years ago we could only get on the Rotunda/Throne Tour. This time we had reservations for the Big Room Tour. Although, both tours are very nice we thought the Big Room Tour was the better of the two. Their visitor center tells a story of how the people that discovered this cavern kept them a secret for 10+ years! Then after the land was turned over to Arizona Parks it took another 10+ years do get it developed for public access. This is a living cave and they go to an extraordinary length to keep it that way. You go through a number of air locks to pass through, you are misted down to keep lint etc from falling off of you and this is a list of what you can’t bring into the cave:

The following are NOT permitted on Cave Tours:

No photography equipment of course means we have no pictures of our tour. It was absolutely killing us that we didn’t have our cameras with us!

Another reason for us to come to Benson was to see the SKP Saguaro COOP. As you may remember we have stayed at  the SKP CO-OP in Pahrump, Nevada 3 times. The CO-OPs are owned by Escapee RV Club members that have lifetime lease on the lots there. When the lot owners are not using the lots they are available for other Escapees to rent for a day, weeks, or months. Over our time we have heard much about the Benson SKP CO-OP, it is apparently the most popular CO-OP of them all with an 8 to 10 year waiting list for a lease to open up. We came to see why this CO-OP is so popular. They are so popular that the only space they had available was dry camping in an asphalt parking lot. When the weather is bad we prefer to have full hookups, so we opted for a commercial RV Park on the other side of town. We did get to tour the SKP Saguaro COOP and it is a very nice park in a lovely setting. When our travels take us back to Benson we will try again to get into the SKP Saguaro COOP Park. It didn’t occur to us to take pictures as we toured the SKP Saguaro COOP so we don’t have any pictures to show you. 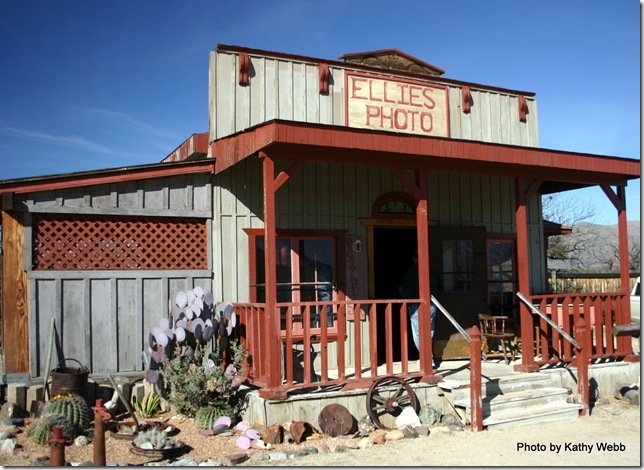 The first building you enter at Gammons Gulch 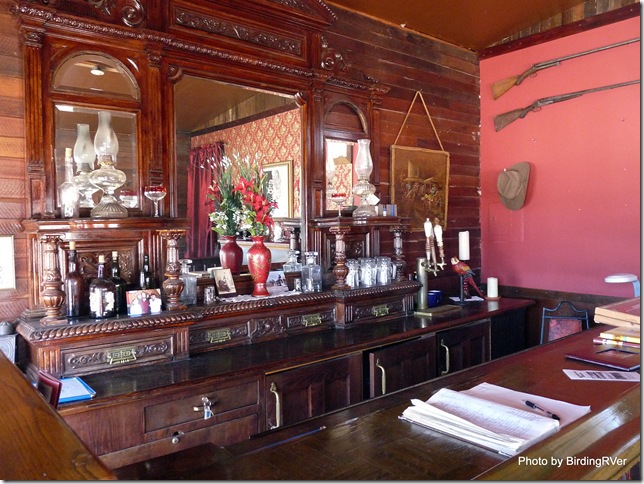 The inside of “Ellies Photo” is a saloon

As has been the case this winter in Arizona we had good days and stormy days while in Benson. On what was probably the best day of our stay Montana Owner friends Charlie and Nila offered to show us some of the area. They have been spending part of each winter in the Benson area for a number of years. They took us out to Gammons Gulch a local tourist spot. Jay Gammon’s father was a stunt man back in the 50s and 60s, mostly John Wayne westerns. Jay even made his film debut at age 11 in the John Wayne movie “Rio Lobo”. In the 1970s Jay decide to build his own western town for movies. Over the years he has added buildings to the town and has collected western antiques. Jay personally conducts the tour of the town and has all kinds of anecdotes from the many pictures that have shot in Gammons Gulch. 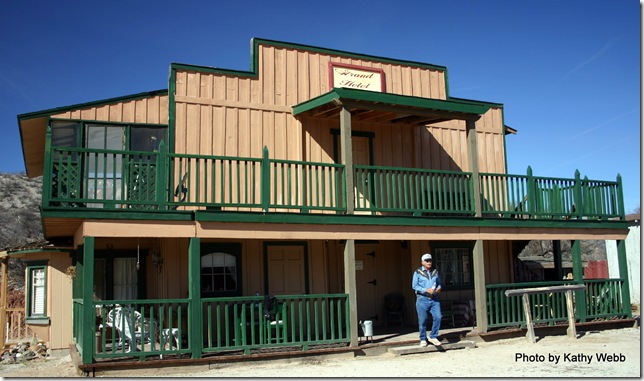 Jay Gammon walking out of his home that also doubles as the Grand Hotel when needed.

Posted by Grant and Kathy Webb at 3:02 PM