Catching Up and 500th Life Bird 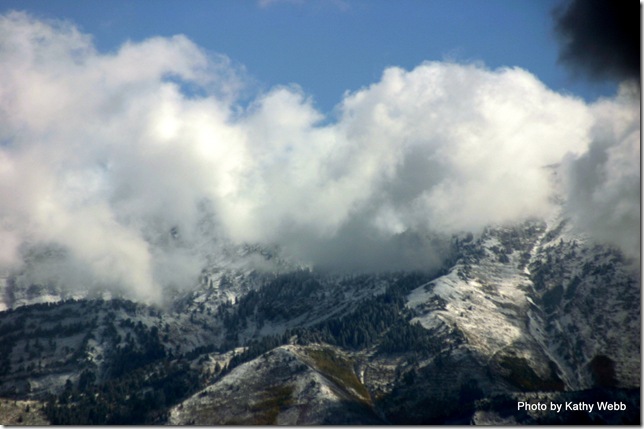 Wow, two and half weeks since we last updated the blog! What have we been doing? Hiking mostly here in Zion National Park, but more on that later. In this blog I will try to bring you up to date on how we got here and our day trip to Bryce Canyon National Park.

The day after our last blog posting the National Weather Service posted a Winter Storm Warning for Idaho, Montana and northern Utah. They were predicting very cold temperatures, high winds and heavy snow. The warning was so dire that the owner of Red Rock RV Park decided to close for the season a day early, so that he and the workcampers could get out of the area before the storm hit. This was fine with us as we were scheduled to leave that day anyway, but the storm warning had us reconsidering our plan to go to Craters of the Moon National Monument in central Idaho. We decided to head due south and to a lower elevation to at least out run the snow if not the storm. We drove 300 miles (a very long day for us) to Kaysville, Utah just north of Salt Lake City. We signed up for two nights to let the high winds and expected rain to pass before moving on. We used the non-travel days to do laundry, get flu shoots, the truck serviced along with reading and beading. The big storm was all that the Weather Service had predicted; high winds and roads closed due to ice and snow throughout Idaho and Montana. In just two days Island Park had gone from a high of 78 to 28! When the clouds lifted from Kaysville we saw that the snow line was just a couple of hundred feet above us. 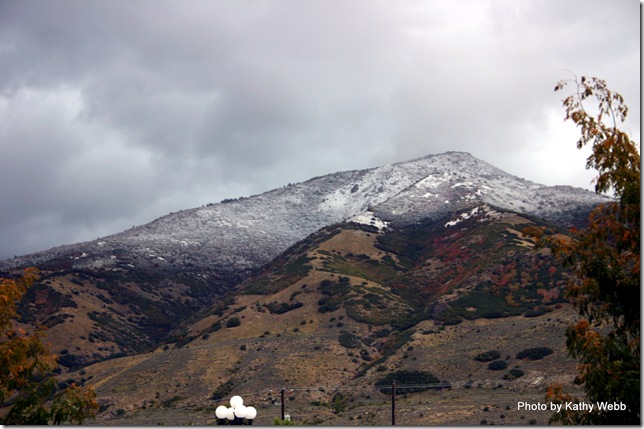 We decided to go further south to warmer weather and picked Zion National Park about 330 miles further south. We split the trip in half with an overnight stop in Fillmore, Utah. The manager of the campground there said that they had had snow the day before we arrived.

When we arrived in Springdale, Utah, which is 1/4 mile from the entrance to Zion National Park, it was 78 degrees. We signed up for a one week stay, then extended it to 4 more days and when we heard about the storm that was going to hit west and north of here this week we signed up for another week. Zion deserves an entire blog to itself and we have taken hundreds of picture so I will hold off saying more about Zion National Park for now. 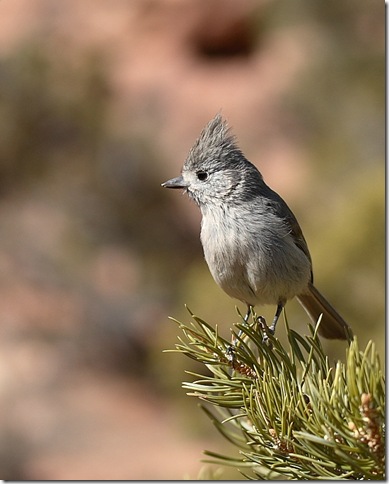 Picture of a Juniper Titmouse from the Internet

We haven’t done any “serious birding” this year. First with getting a new camera in May, we have been concentrating on photography. That being said we never go anywhere without binoculars and always notice birds that we see. While on a hike in Zion we saw our 500th Life Bird!!! It was a Juniper Titmouse!! This is not a particular difficult bird to find, but we had never been in an area were they were located before. We have been bird watchers for over 30 years, though I would say only 20 of those years we were "active Birders". So, I guess it has taken us 20 years to get to our 500th bird. Since we have only birded east of the Mississippi once (Canadian Maritime provinces and Newfoundland) we have done as well as could be expected. If you are wondering, we didn’t start out trying to get to 500. We just have been keeping track of the birds we have seen and somehow got to 500.