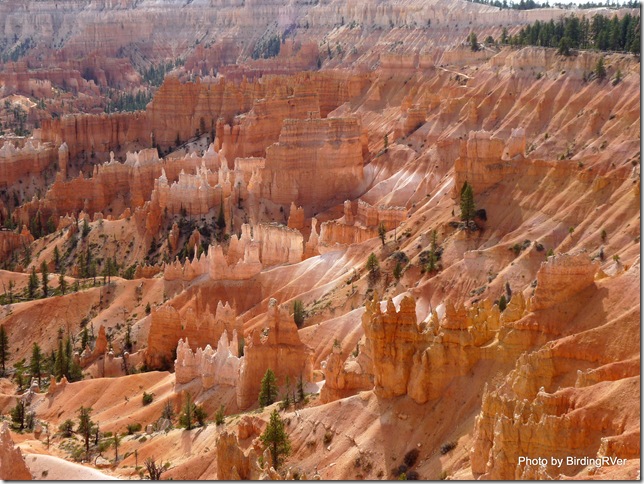 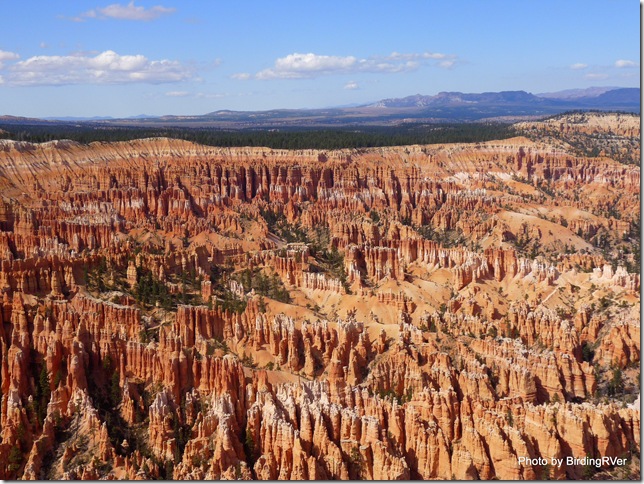 We continue our stay at Zion National Park and are sorting the hundreds of pictures we have taken. Unfortunately, every time we return to the park we take even more pictures. So, I am going to hold off on our Zion National Park blog until we leave Zion and write today about our daytrip to Bryce Canyon National Park.

Bryce Canyon National Park is 90 miles from Zion National Park, with one small caveat it is only 90 miles if you go through the Zion-MT. Carmel Tunnel. The tunnel was completed in 1930 when cars were much smaller so the tunnel has size restrictions. Completely banned from the tunnel are “Vehicles over 13'1'' tall.” and “Combined vehicles over 50' long.”. Those parameters exclude us from taking the trailer though the tunnel. Taking the non-restricted way to Bryce Canyon is 150 miles one way. Since Bryce is over 8,000 feet elevation, it is much colder. The trip there and back with the trailer would be 300 miles. We decided to go to Bryce as a 180 mile daytrip. The mile long tunnel also has restrictions on width “Vehicles sized 7'10'' in width or larger, are required to have a 'traffic control through the Zion-Mt. Carmel Tunnel. Vehicles this size are too large to stay in their lane while traveling through the tunnel.”. However for a $15 fee they will close the tunnel to allow wide vehicles to drive down the middle of the tunnel and thus get through. The tunnel can only be closed for this during the hours of 8 AM to 7 PM. 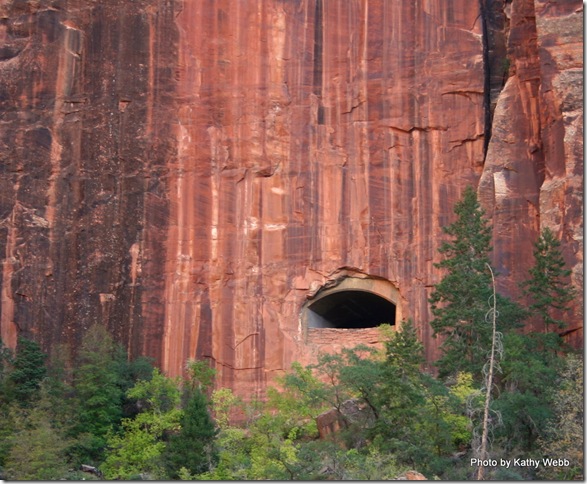 Tunnel window for light and to let exhaust escape 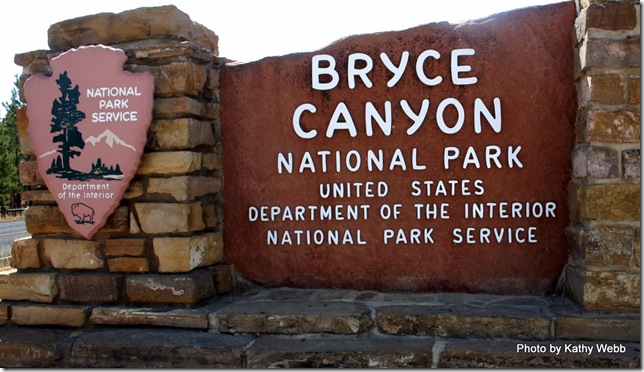 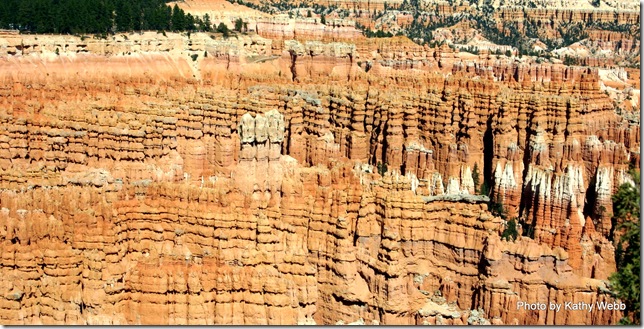 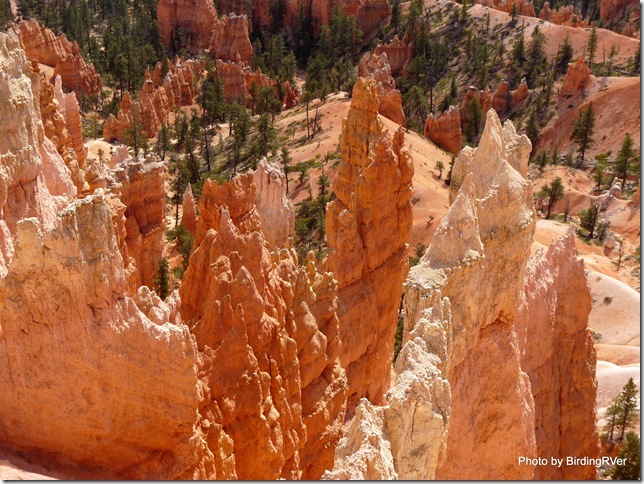 The columns and spires of Bryce are known as hoodoos

The Bryce Canyon web page says “The geologic term, hoodoo, lives on at Bryce Canyon National Park as perpetuated by early geologists who thought the rock formations could cast a spell on you with their magical spires and towering arches.”

On a visit to Bryce the road runs about 10 miles along  the rim going from  one unbelievably stunning overlook to the next. 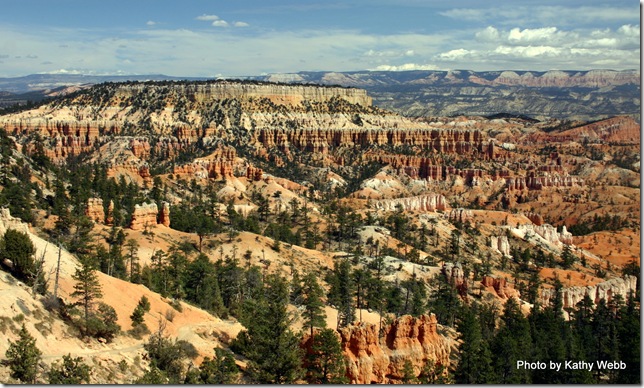 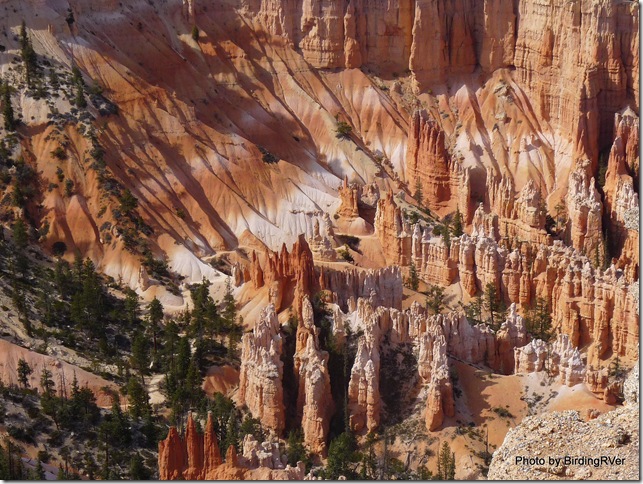 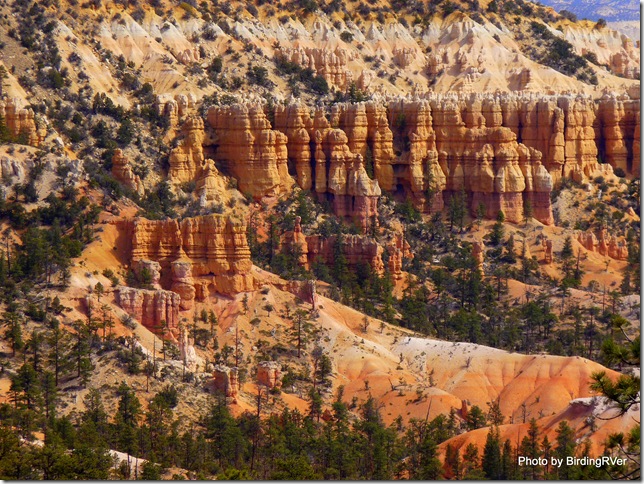 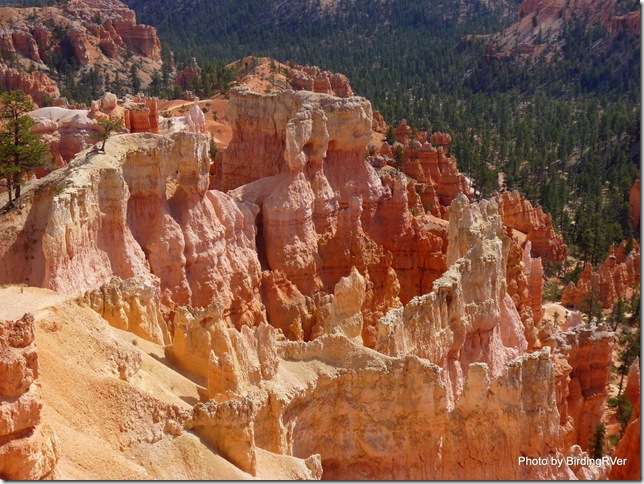 Posted by Grant and Kathy Webb at 2:02 PM