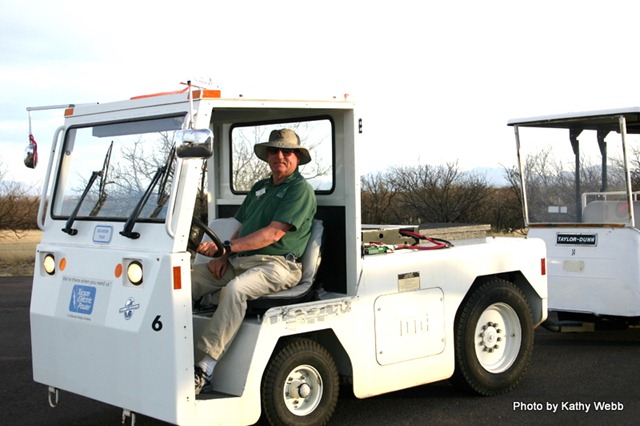 WOW! Where did March go??? This will be yet another attempt to get the blog up to date.

One semi-emergency that did arise was with the February departs we were short about 6 Tram Drivers. I was given a quick tram driving lesson and became a Tram Driver. It would end up being my regularly schedule weekend job for all of March with a few weekdays thrown in as well.

This pictures gives you an idea of how long the Tram actually is.

Tram driving is a great job when the weather is nice. You get to be outside with a great view as you come from the Discovery Center to the Cavern entrance and back. There are also some nice breaks too, so a little reading or bird watching. However, when the weather is bad it is a very cold and wet job. Fortunately most of the weather this winter has been very nice but, in March we had very strange weather. We have had high winds, followed by days in the 80s and then followed by SNOW, then followed by more wind and then more days in the 80s.

The snow this month was much greater than in February. Depending on who you hear from, it was between half an inch to a inch. It started snowing on Sunday night and continued through most of Monday. Tuesday began at 26 degrees and the snow stayed on the ground all day. Three days later we were back into the 80s.

On the day with the most snow I had been assigned to the Visitor Desk inside of the Discovery Center. So, I got to watch the snow fall from the inside. Kathy worked the cave tours that day and got to go into the nice warm cave, then come out to snow coming down! Very pretty by the way! 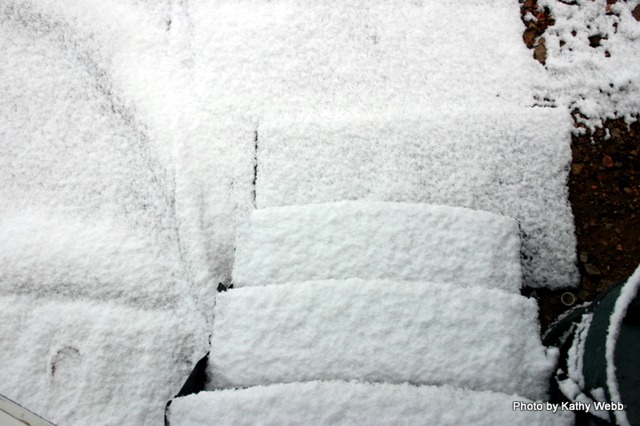 The snow on the steps of our trailer. 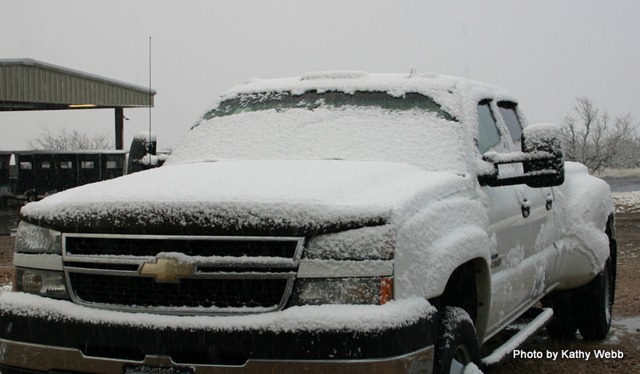 Snow on our truck. 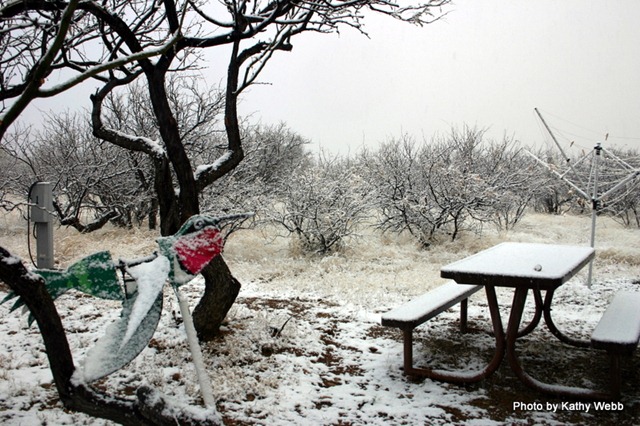 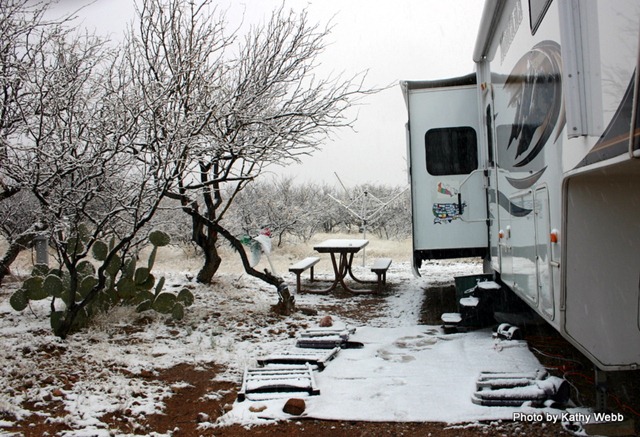 Snow at our site.

March was as busy as we had been told to expect. All Cavern Tours and Campsites were sold out most days. On some days they were completely sold out a days in advance.

Here in Arizona at the end of March it is as if someone fired a starter’s gun and all of the Snowbirds or Winter Visitors start to head north. This, of course, includes many of the volunteers. About 75% of all the volunteers leave within a week or two of April 1st. That includes us. We are starting our slow migration north to return to the Oregon Coast Lighthouses for the summer.

Spring migration has come slowly to southeast Arizona, but we did see a few migrants: Turkey Vulture, Gray Flycatcher, Tree Swallow, and Barn Swallow. We talked to a couple of people that had seen Broad-billed and Black-chinned Hummingbirds, but we never saw a single humming bird.

Posted by Grant and Kathy Webb at 5:12 PM