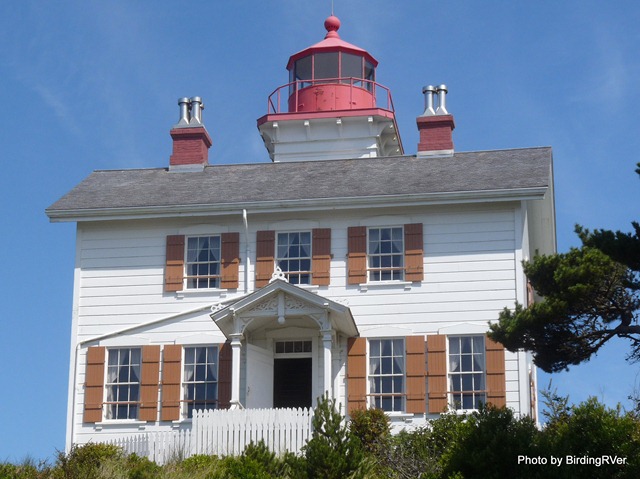 Once again have gotten behind in posting blog entries. This entry was started 3 weeks ago but only finished today. 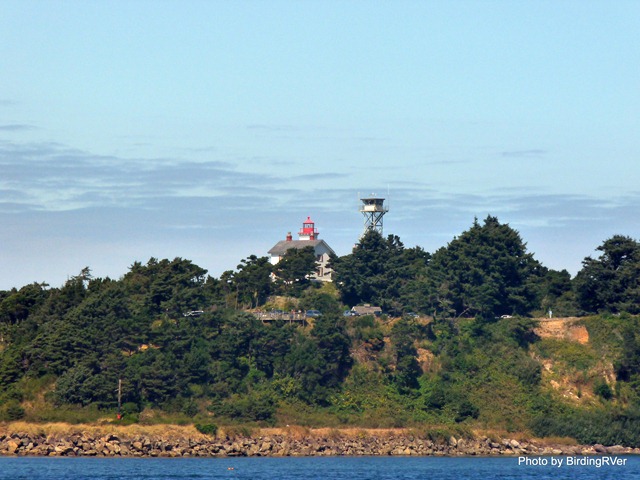 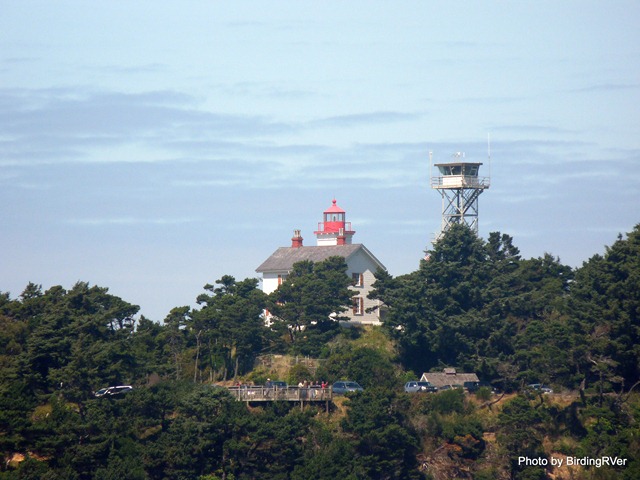 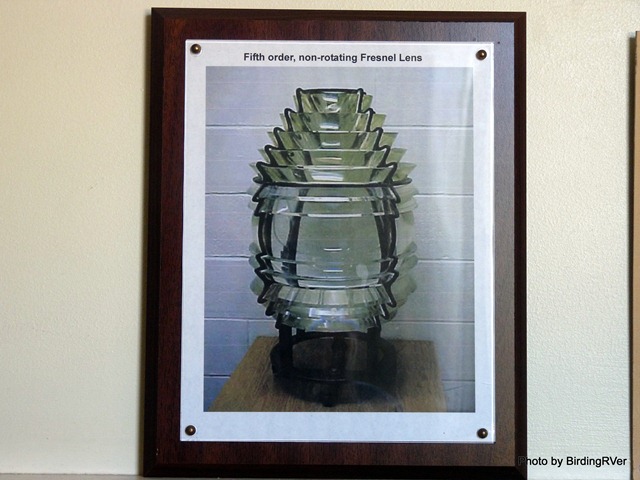 The original light has been gone since 1874 so here is a photo of a picture of a Fifth Order Fresnel Lens. 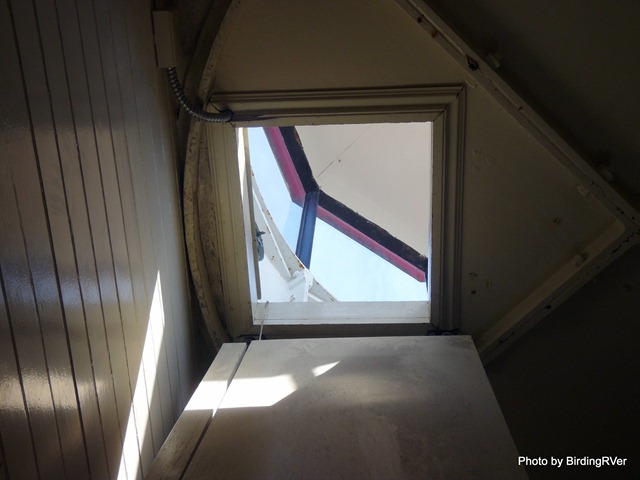 The ladder to the Lens room is blocked off. 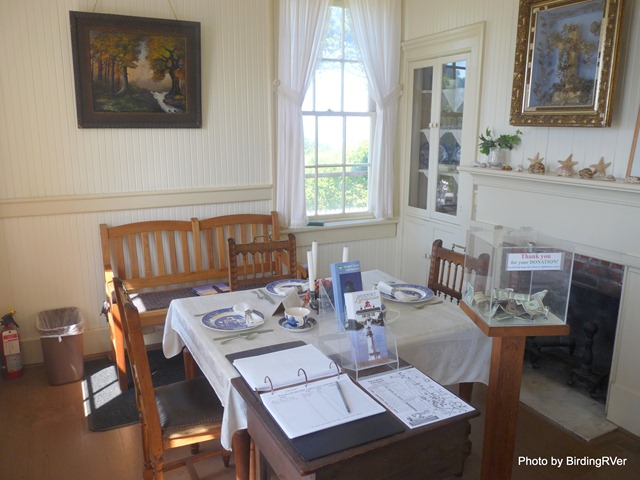 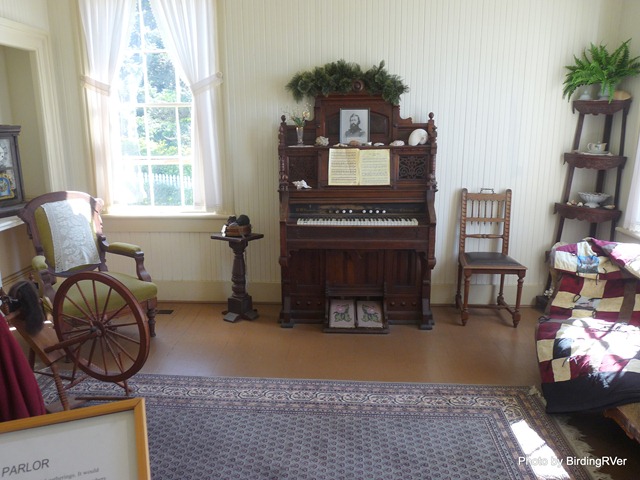 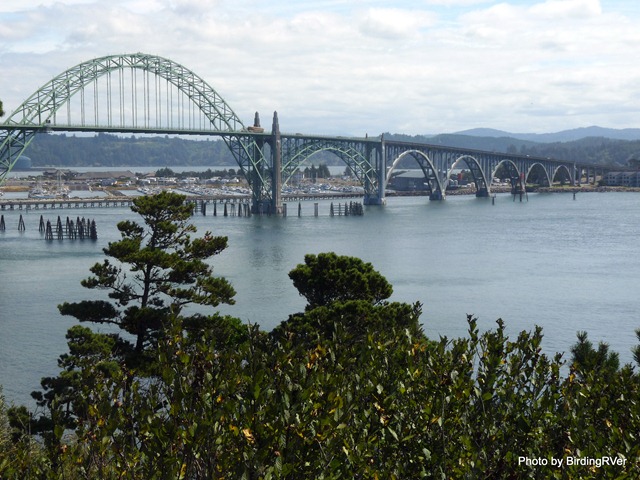 The Yaquina Bay Bridge at Newport, Oregon is 3,223 feet long and 133 feet high at the road way. 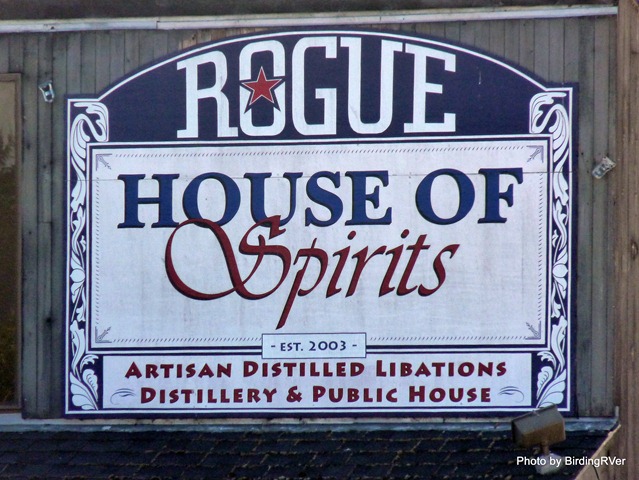 Right next to the Newport Marina RV Park is the Rogue Distillery. Since we have never been to a distillery we went on one of their daily tours. 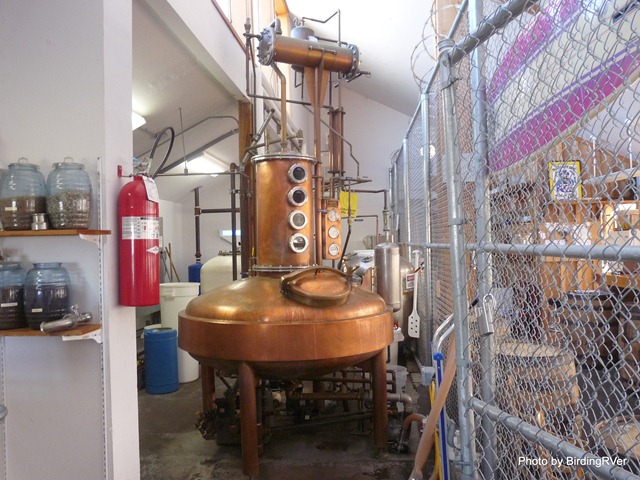 This is definitely a small operation, this is a picture of their one and only still. Every bottle is hand filled and hand corked because they don’t have a machine to do it. 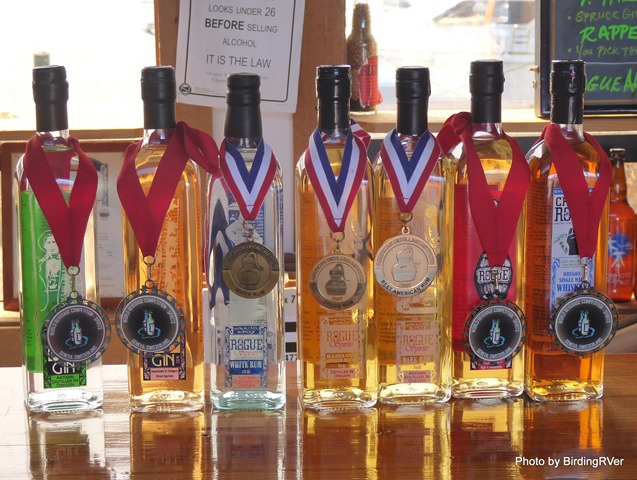 Yet they make 2 kinds of Gin, 3 kinds of Rum and 3 kinds of Whiskey. They claim all kinds of awards for their products. They also do what we thought were some pretty unusual things like: use Spruce needles to flavor the Gin and they make Whiskey out of the mash they use to make Dead Guy Ale. They also make some very unusual drinks like a Martini made with cucumbers and rosemary. 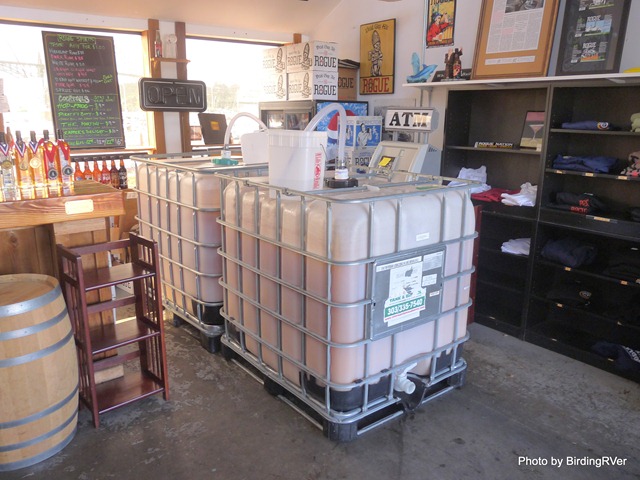 Mash from the Dead Guy Ale is brought over from the brewery across the parking lot in these 270 gallon containers.

Posted by Grant and Kathy Webb at 1:19 PM