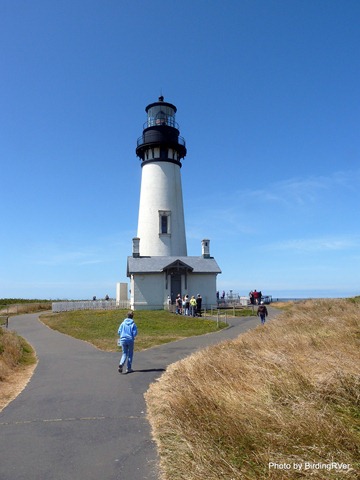 After our week long stay in Coos Bay we moved up the coast to Newport, Oregon. When we were here two years ago we came for a couple of days and stayed for a week. This time we came for a week and have decided to stay for a month.

One of the first things when we arrived in town was to reacquaint ourselves with the local microbrewery, Rouge Brewery. They have 30 beers on tap! We only sampled a couple.

The following day Bob & Pam came over to give us a tour of Newport. Included in the tour was a stop at Georgie’s Grill an upscale spot with a great view on the coast. The food was great and we had a great view up the coast to the Yaquina Head Lighthouse. Next we went for a tour of the Yaquina Head Lighthouse. Although Bob & Pam have been volunteering here for 4 months they hadn’t actually been on the lighthouse tour. We are always ready for another lighthouse tour. We enjoyed the tour very much and got to compare and contrast this tour with the tours we had done down at Cape Blanco. Bob & Pam introduced us to the other volunteers at the lighthouse we got to compare notes about volunteering for the different agencies. 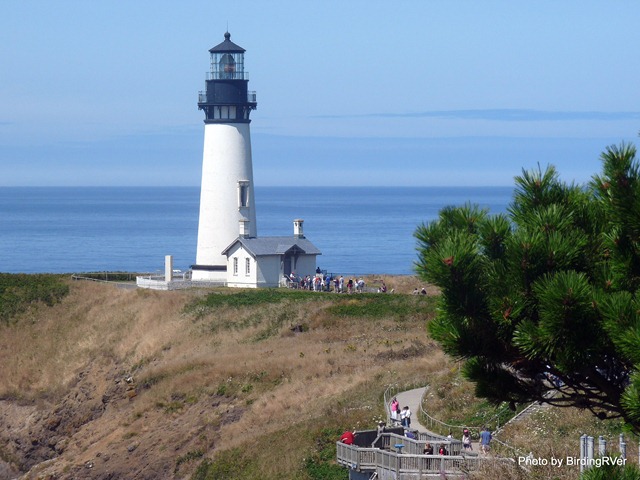 At 93 feet the Yaquina Head Lighthouse has the tallest tower of all of the Oregon Lighthouses. 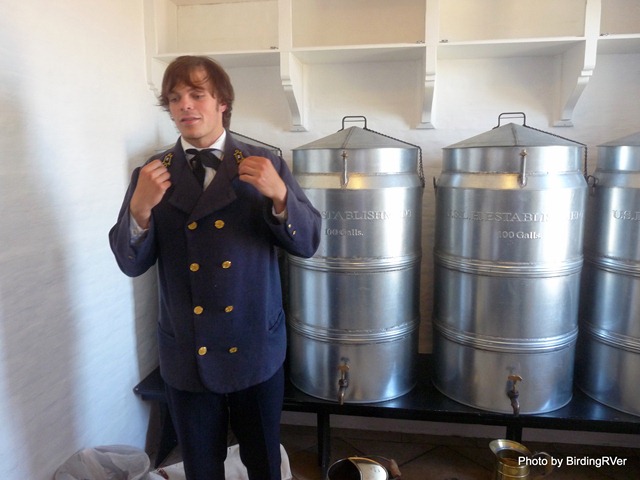 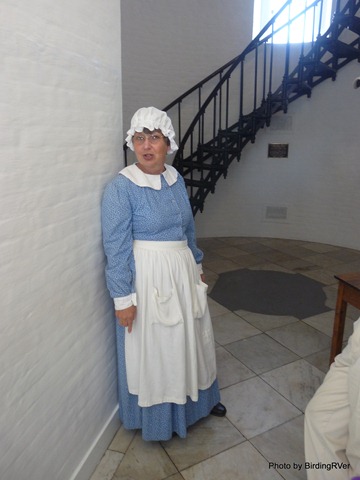 One of the most obvious difference between Yaquina Head Lighthouse and the lighthouses we have volunteered at is that the Yaquina Head Volunteers wear 1870s period costumes. 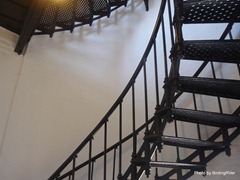 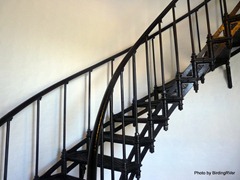 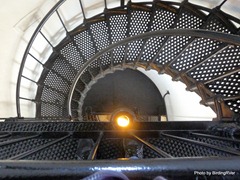 It is 114 steps to the top of Yaquina Head Lighthouse! 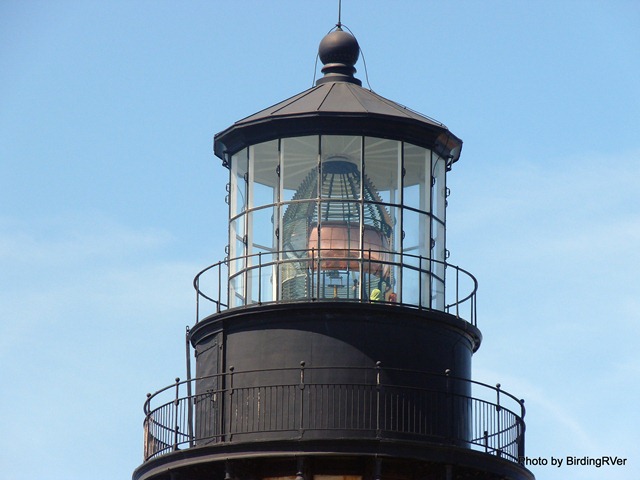 The Yaquina Head Lighthouse lens is a Fixed 1st Order Fresnel Lens. Fixed meaning that this lens does not turn. This is the same type of lens that the Cape Blanco Lighthouse had originally. 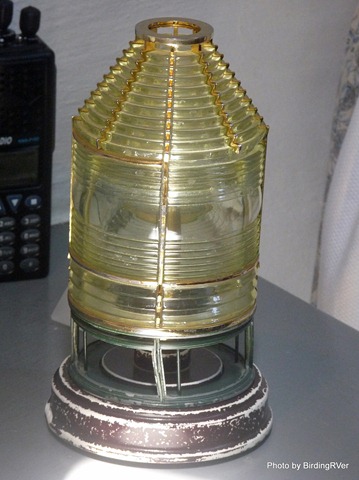 This is a model of a fixed Fresnel Lens. 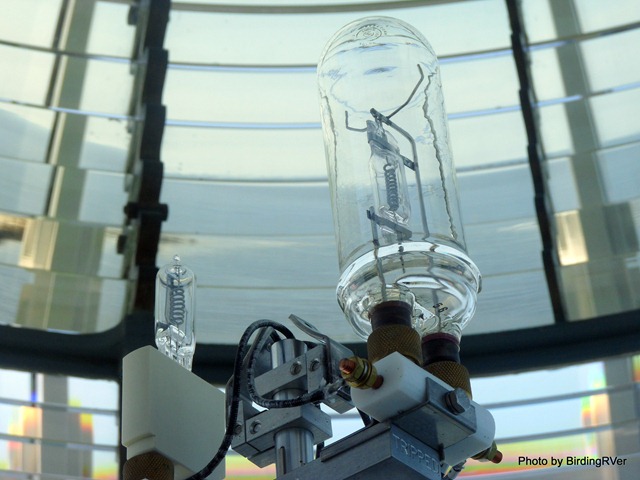 Since the Lens doesn’t turn the Yaquina Head Lighthouse gets its unique signal by lamp on the right turn on and off a fixed intervals. This picture also shows the Old style 1000 watt blub on right and the new quartz 1000 watt blub on the left. 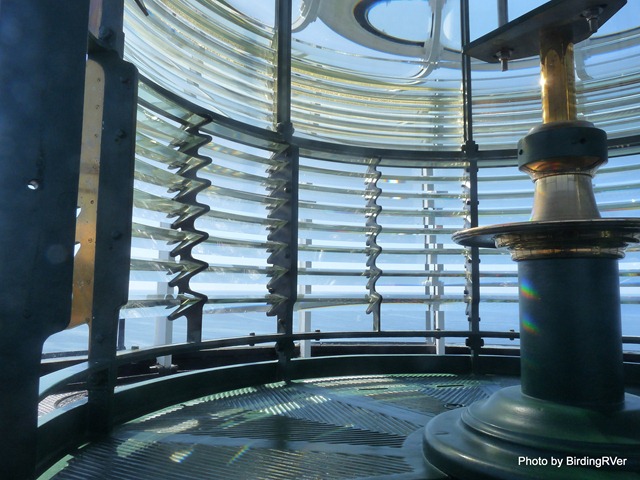 Another view of the inside of the Yaquina Head Lens.

Posted by Grant and Kathy Webb at 3:16 PM