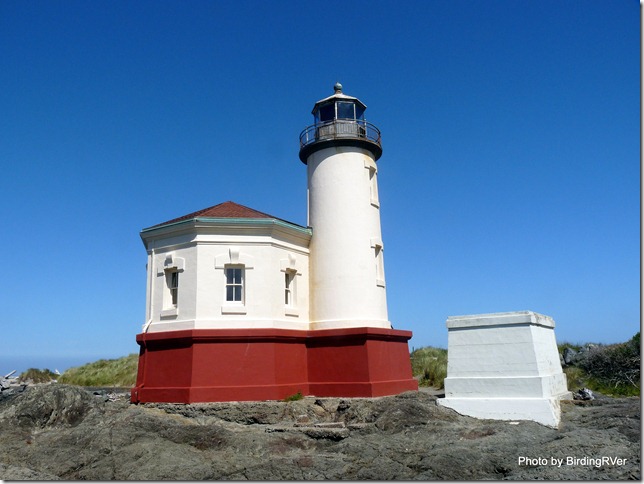 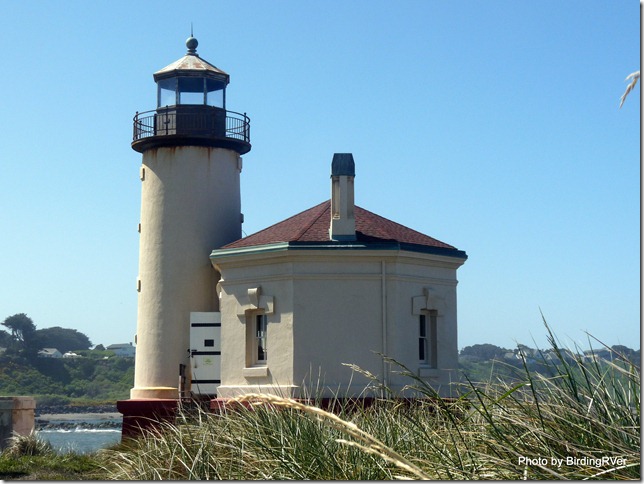 Our time here at the Bullard’s Beach State Park in Oregon as Lighthouse Hosts has come to an end. WOW, did this month go by fast! We had a lot of rain over the past week, with some rain everyday and heavy at times. However even in the rain people come out to tour the Lighthouse.

Last year when we were in Florida, we visited the St. Augustine Lighthouse and Kathy bought a pair of lighthouse ear rings that looked just like the St. Augustine Lighthouse. She noticed that there weren’t any Coquille River Lighthouse ear rings in the lighthouse gift shop so she decided to make some. She has made several pairs and have donated them to the Oregon State Parks to sell, helping raise funds for the on going restoration projects. As soon as she put them on display she sold the first pair. 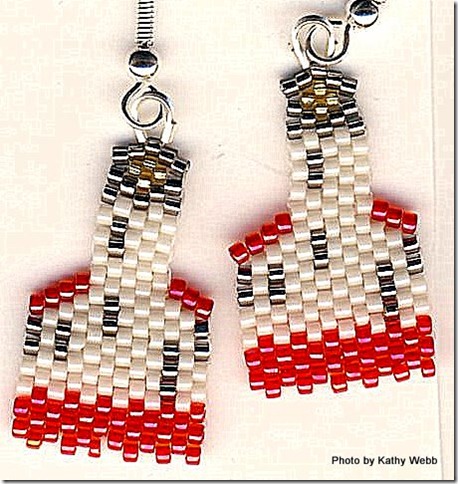 If you are interested in ordering a pair of your own checkout Kathy’s Web site: Crystal Creations by Kathy

Note from Kathy: these are made with tiny Delica beads, so they are only 1 inch by 1/2 inch wide, this is the enlarged view.

Fellow full-timers Gordon and Juanita are staying down the road in Port Orford. We first met them in Alaska in 2008. Like so many RV friendships we stay in touch through reading each other’s blogs and with emails. They came up one morning to get a personal tour of the lighthouse. Gordon claims that he is NOT a rain magnet, but it has rained everyday since his visit.

While Gordon and Juanita were at the lighthouse, a fellow came in and was surprised that the only three vehicles in the parking lot had Escapee stickers. It turns out that Michael Fousie is a volunteer for Fish & Game and is doing video & photo documentation of the restoration of the Bandon Marsh NWR. In his past life he was a camera man for a TV station. He has been returning here for 3 years but has also volunteered in the winters at Zion National Park and Arizona’s Kartchner Caverns State Park. If you take a look at Mike’s Web site: Light Curve on the Road. You will see that he does a lot of 360 degree panoramas. He asked Kathy and I if we would be in a 360 panorama of the view from inside the light tower. Follow this link to: 360 panorama Coquille River Lighthouse.

Mike also took the picture below of Kathy and I in the lighthouse tower. 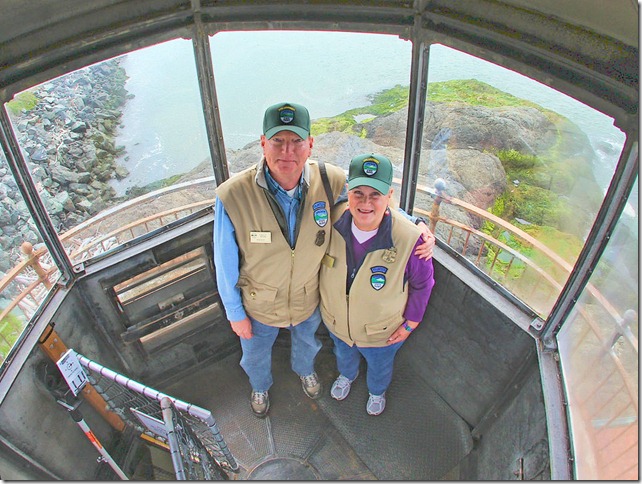 We almost met some mystery blog readers. The morning shift Host said that a couple from New York had come by asking for us and said they read our blog. Unfortunately, they couldn't stay or come back when we came on duty at 2 PM. They signed the guest book,  neither one of us knew their names. We have met blog readers after exchanging emails before, but we seem to have more cases of people meeting us and then they start to read the blog. This is the first time that we had unknown followers just drop in. Jessica and Ken we are sorry we didn’t get to meet your!

As you would expect we had a very busy Memorial Day Weekend. On Saturday of that weekend, the morning shift had 83 visitors and we had 95. Considering that the shift is only 3 hours that is a lot of people. I did a record number (for me) 28 trips up and down the stairs doing tours.

We have recently seen: Brown Pelican, Purple Finch, Downy Woodpecker, and Wrentit. We have also had some very nice lighthouse fly by from the Bald Eagle and the Osprey.