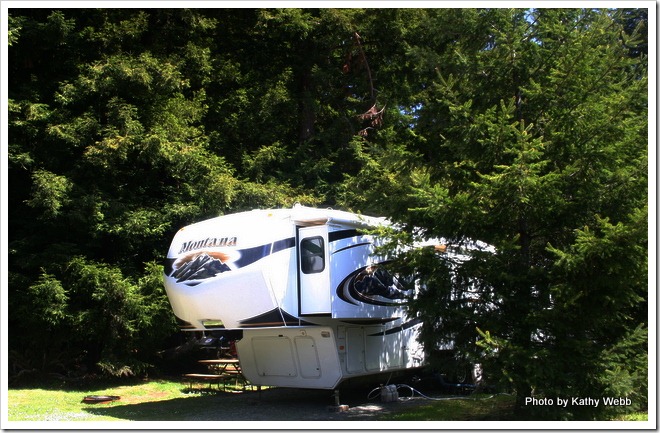 Our campsite in the redwoods at the Crescent City KOA

As we drove up the coast towards our May volunteer position as Lighthouse Hosts we had a few days until our site would be ready. We arrived in Crescent City, California on a very clear day with great views. However, once we stepped out of the truck we found out that it was only 50 degrees and there was a very strong cold wind. It has been our experience that Crescent City has only four kinds of weather: rainy, foggy, clear and windy, foggy and windy. None the less we decided to spend a few days in Crescent City among the Redwoods and close to the ocean. After our clear and windy arrival we had two days of rain, gray skies and more rain showers. What would have to be called typical April weather around here. (Although admittedly the day we left was the nicest day we have ever seen in Crescent City. Calm, clear and mid-50s all the way up the coast to Bandon, Oregon).

As you can tell in the above picture we had a well protected spot out of the wind. On our third day in Crescent City we had beautiful day with no wind. The prefect day to get some pictures of lighthouses. Our first stop was St. George Point to get pictures of the St. George Reef Lighthouse. As soon as we stepped out of the truck we knew that things were much different than back at camp. The wind was blowing 25 MPH!! However, being the intrepid photographers we are we hiked off to get our pictures. 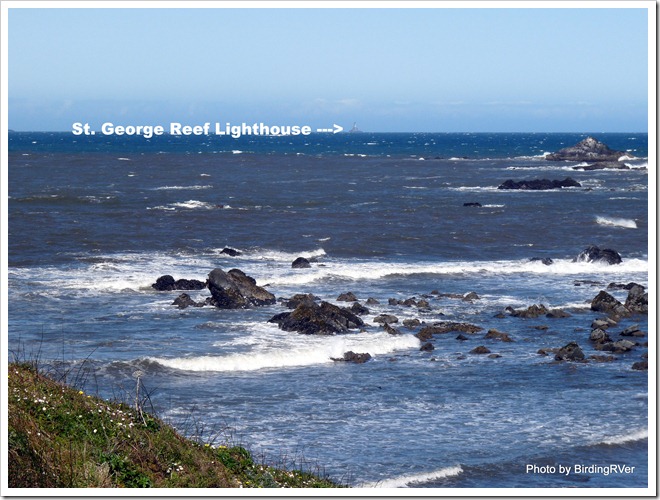 Yes, the St. George Reef Lighthouse is 8 miles out to see! 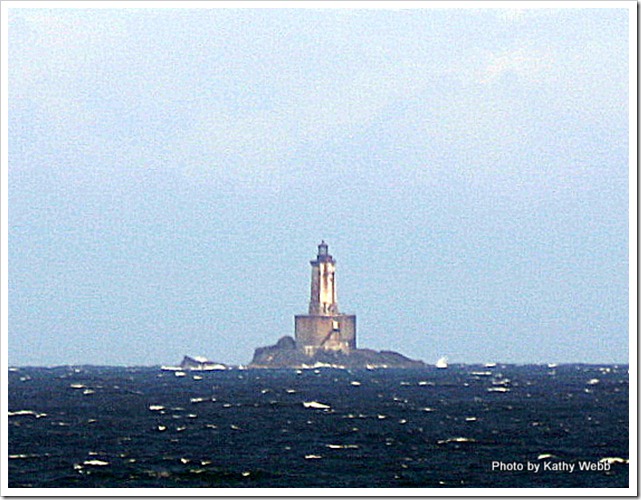 As you can see it is a concrete base built on a rock. It took 10 years to build this lighthouse and it was in use from 1892 until 1975. Remember my comment about the weather “only four kinds of weather: rainy, foggy, clear and windy, foggy and windy.”? This must have been a horrible duty station for the Lighthouse Keepers. Here is one quote about conditions at the lighthouse “an occasional fierce storm would generate waves large enough to sweep onto the top of the caisson, seventy feet above the sea, and send water over the top of the lighthouse.”. There are occasional tours of this lighthouse. You arrive by helicopter and the last published cost I found was $195 per person. Given the rainy, foggy and windy conditions even if they were doing tours this time of year we would have still passed. 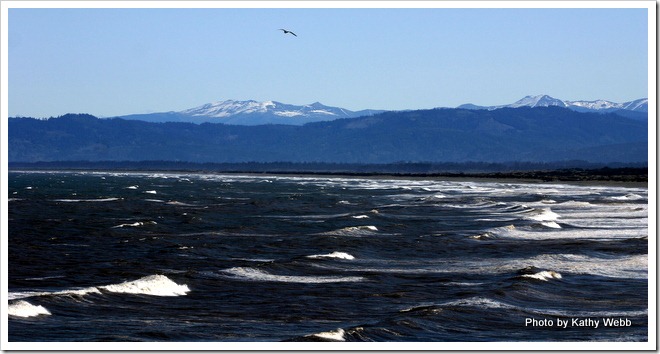 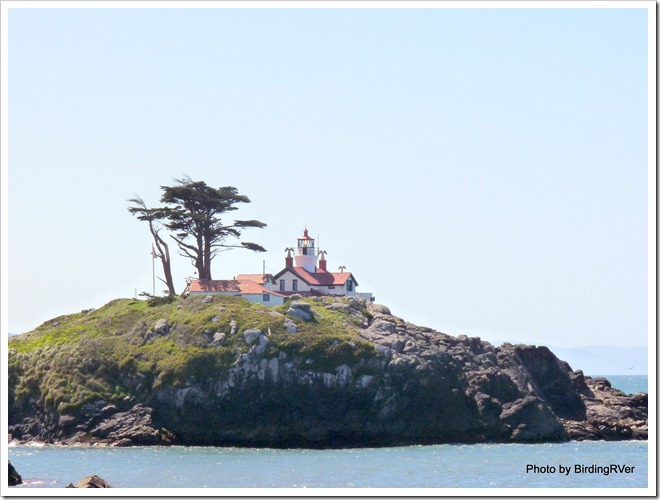 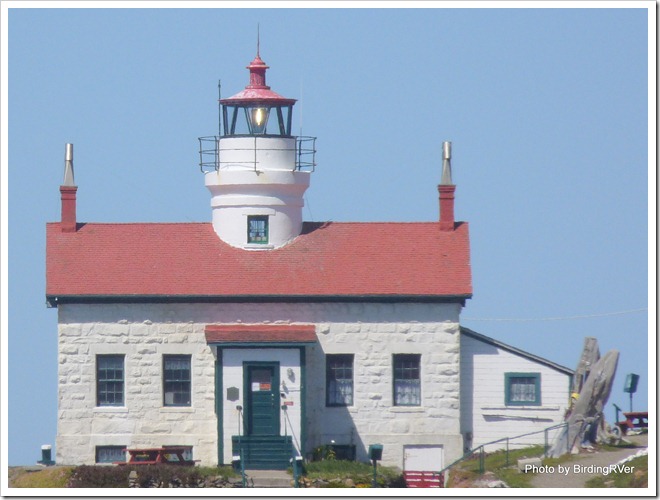 A closer view of the Battery Point Lighthouse

The Tsunami damage was described by a local Councilmen:

"The harbor has been destroyed," Crescent City Councilman Rich Enea said Friday, estimating the damage at millions of dollars. "Thirty-five boats have been crushed and the harbor has major damage. Major damage."

One person that went down to the breakwater to photograph the Tsunami wave as it came in was swept out to sea and drowned.

After our time in Pahrump and the few birds there, we are stunned by the numbers of birds we see everywhere. Last week in the Sierra Foothills there where large numbers of birds both by species and number all over the RV Park. Here in Crescent City there are even more! Although, we have not added any life birds to out list we have seen many that we haven’t seen in awhile. Most notable in Crescent City have been a pair of Winter Wrens and Fox Sparrow. Neither is “rare” just hard to find as they spend there time skulking in the shadows and underbrush. We haven’t seen a Winter Wren in California since 2002 nor a Fox Sparrow in California since 2004. Sorry, no pictures of either. 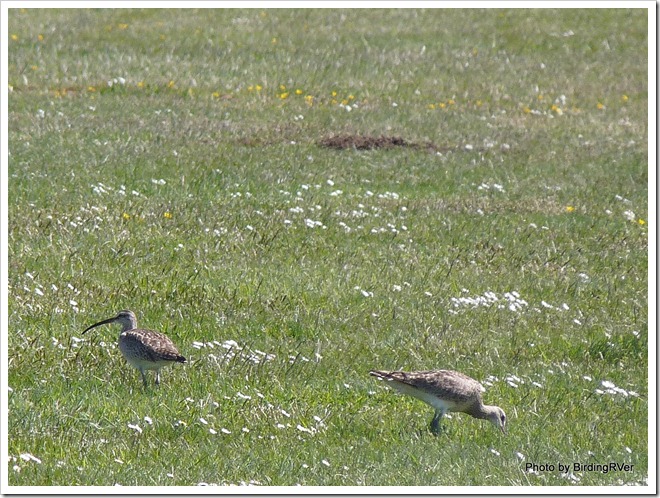 Just to prove that we actually do look at birds here is a shot of Whimbrels on the grass.

More photos of the Crescent City area on the slideshow: