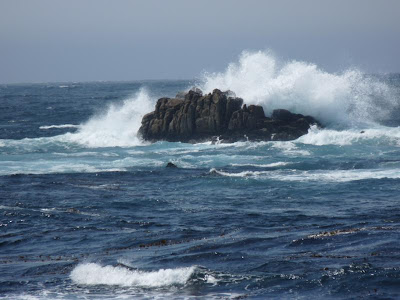 Kathy had a bit of a setback. Since the surgery she has had no pain. Even while she was in the hospital, she never even eeded aspirin. Early Monday morning of last week she was awaken by a pain similar to what she had back in January. Fortunately, the surgeon was able to see her Monday afternoon. He said that the pain and the area it was in is not uncommon after having a gallbladder removed and that it should pass in a few days. “Apply a heating pad and it should relieve it!” He also said that if it gets worse or continues beyond a week that they would do an ultrasound; so far so good. We are planning to leave here on Tuesday 19th.

Our first stop will be Lake Siskiyou near the town on Mt. Shasta, California for the Annual Montana Owner’s.Com Forum Members Memorial Day Weekend Rally. We will get to see many of the people we were with back in January at Quartzsite and meet MOC members that were not able to come to Quartzsite. After being in one spot for almost 7 weeks we are anxious to get back on the road and continue our adventure. 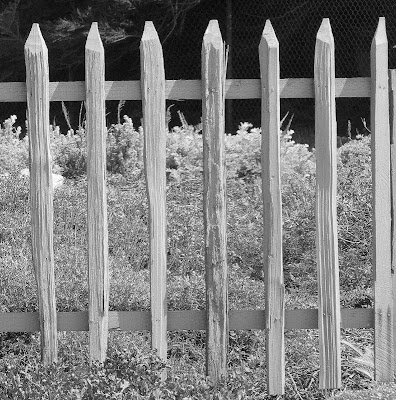 Almost every one of the literally thousands of pictures that have appeared in our blog and the attached slideshows were taken by Kathy. There have only been a very few occasions when she has allowed me to borrow her camera to take an occasional picture. She decided to give me my birthday present a month early and bought me a camera of my own (This may be to stop me from asking to borrow hers). So starting with this blog entry some of the pictures will be Kathy’s and others will be mine. I don’t plan on designating which is which as I do the blog so, to help you know which is which, here are some guidelines. If the picture you see looks like one of the many great pictures Kathy has taken in the past, then it is one of Kathy’s pictures. If however you see a picture that is spectacular, that you say to yourself “this picture should be on a calendar”, that is one of mine. LOL 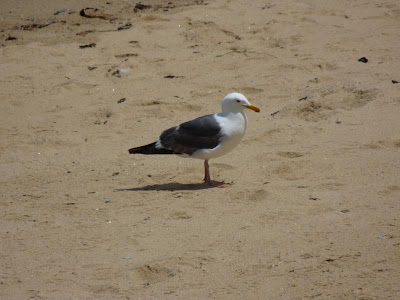 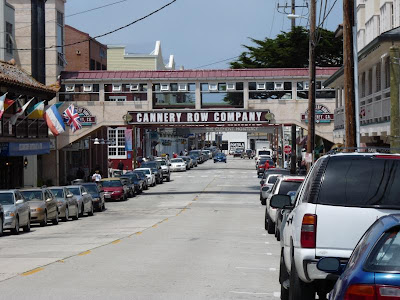 Monterey is like a second hometown to us. In the 30 years we lived in San Jose we made at least monthly trips to Monterey. When we got our small 17 foot travel trailer we went to Monterey almost every weekend. Since Kathy was feeling better and I wanted to try out my new camera, we went to Monterey for the first time in almost two years. We visited many of our old haunts in Monterey and Pacific Grove. We walked Cannery Row and the bike path to Lover’s Point. We watched the waves and the birds a Point Pinos.(Spanish for Pines.) We also took a nostalgic visit to Fishermen’s Warf where we departed from on many Whale Watching and pelagic birding trips. This was by far the most walking that we had done since before Kathy had her surgery in January. When we were done all three of us were tired and sore. Raider got into the truck for the ride home and passed out. He did not want to go for his usual evening walk when we got back to the trailer. Monterey was spectacular as always! 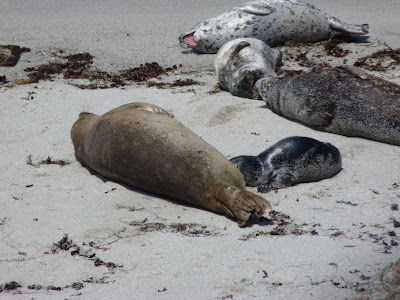 See the slide show of our visit to Monterey