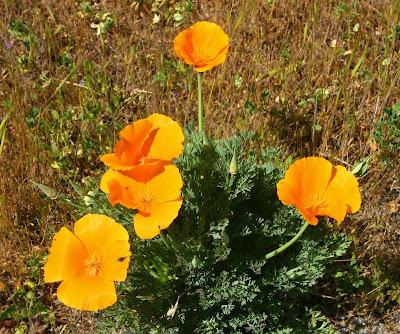 Another two weeks without a blog entry! The truth is we haven’t been up to much since we have returned to San Jose, except go to doctor’s appointments or tests that the doctors want run. The good news is that they have determined that Kathy doesn’t have any more holes in her large intestine and that her surgery from January has healed up nicely. The bad news is they have confirmed that she has a gallstone. She has an appointment with a surgeon to discuss what is to be done about that next week.

The Montana after it was waxed. 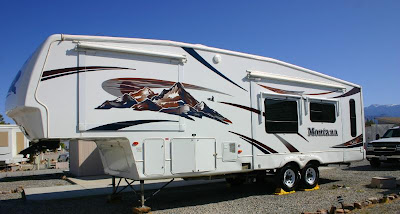 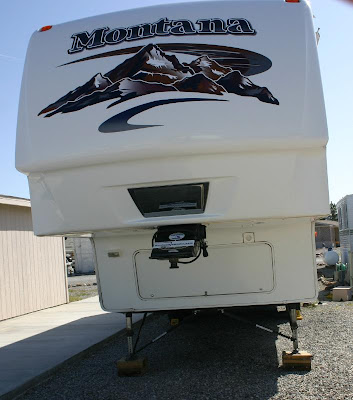 It is just over 500 miles from Pahrump, Nevada to San Jose, California, so we did it over two days. The first stretch is about 270 miles to Bakersfield, California, with almost all of it across the Mojave Desert. We had a perfect desert spring day for this section. It was low 70s, no wind, visibility at least 50 miles in any direction and a lot of wild flowers. This hasn’t been one of the SPECTALULAR years for wild flowers. but it hasn’t been a bad year either. Unfortunately there aren’t many places to pull over to get pictures of the mile upon miles of wild flowers.  Also, there were countless butterflies, all of whom seem to get smashed on the nose of the Montana as we drove along. Poor Painted Ladies!

As anyone who has ever driven in Los Angles will tell you it is horribly congested all the time, even though they actually have freeways that are 10 lanes across. This congestion is bad for anyone driving in the area, but much worse if you are in a really big long vehicle. Every RVer we know avoids driving in LA if possible and takes California Highway 58 from the central valley to the desert and then picks up the appropriate road heading north, south or east as needed. Most of these people also stop at an RV Park just outside of Bakersfield called “Orange Grove RV Park”. It truly is an RV Park in the middle of an orange grove. When we stopped there at the end of December the navel oranges were perfect for picking and they encourage you to pick them for free. This time of year the oranges are all gone, but the trees are full of orange blossoms. The place smells fantastic! 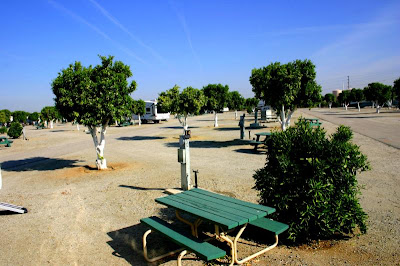 The second day of our trip to San Jose wasn’t nearly as nice; we had a strong headwind the whole way that really hurt the mileage.

We are back at the same RV Park we stayed at in December, which is close to the old neighborhood and just up the road from an old quarry that is now an undeveloped county park, we take Raider there to run off lead occasionally.  He pretty much runs until exhaustion. 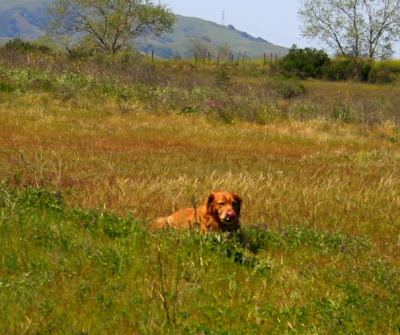 More pictures of the area in spring. 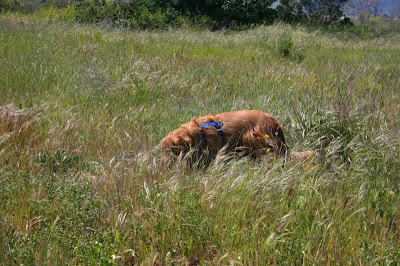 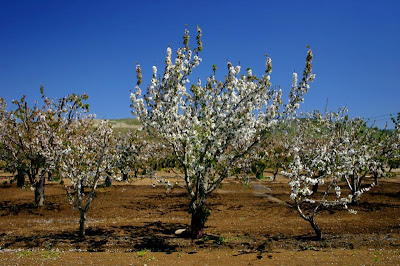 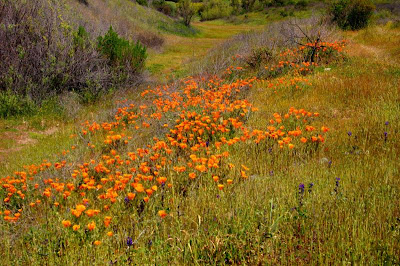 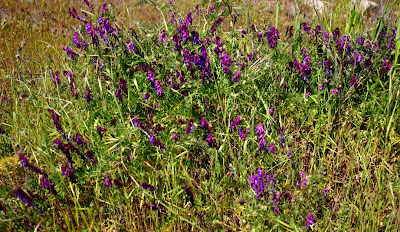