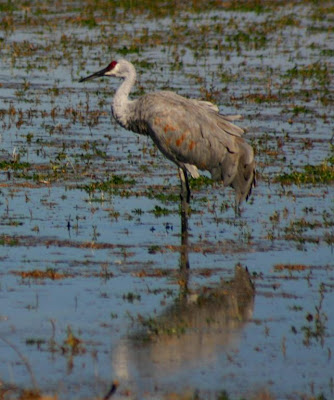 Our trip from Clovis to Socorro, New Mexico was along US 60, a road that could qualify as one of the “loneliest” roads in America. There are only a very few towns and most of them have more buildings boarded up than occupied. The trip is 250 miles of mostly flat arid land. 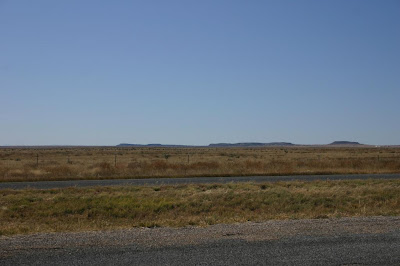 Just before meeting I-25 the road drops into the Rio Grande Valley of Central New Mexico. It is still arid just not quite as flat. Our destination was the Bosque Birdwatchers RV Park. How cool is that: an Rv Park that actually has Bird Watching as part of its name. In reality it is just a very large gravel lot with hookups. However, after our trip to Alaska we consider anywhere where the power stays on and the water works all day as good. The owners are real friendly and give you choices of sites to stay depending on which direction is your preference. Full hookups at $20 a night is a good deal! Plus it is so quiet. After being near the highways at the previous campgrounds, this was a very welcomed amenity! 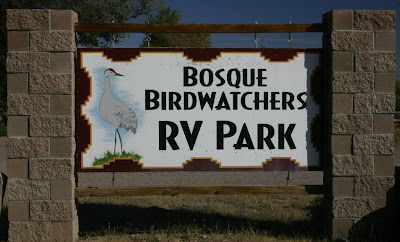 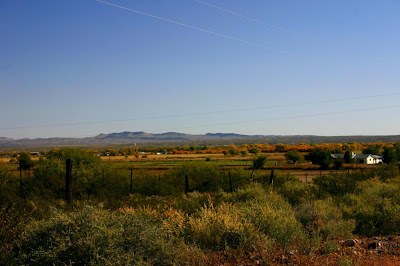 Bosque del Apache National Wildlife Refuge is as their website says “One of the Premier Birding and Wildlife Refuges in the World” Friends of the Bosque. The wildlife refuge was established in 1939 and is over 57,000 acres. It is the winter home to 25,000 Sandhill Cranes and over 20,000 Ross’s and Snow Geese. Every November they have a Festival of the Cranes. This major birding event attracts 8,000 to 9,000 birders each year and has had just about ever famous birder for the last 20 years as the keynote speaker at one time or another. As usual for us our timing is off and we won’t be here for the festival and most of the Sandhill Cranes and Ross’s and Snow Geese have yet to arrive. However, they have started to arrive so that although we haven’t seen cranes and geese in the thousands or tens of thousands we have seen them in the hundreds. We have seen waves of cranes and geese flying over in huge V formations. As with all wildlife refuges there are many other species of birds than just the species that the refuge was setup to protect. In our first two days of birding we saw 38 species on the refuge. The largest number of “other” species was various ducks. Our year list is now up to 244 species. 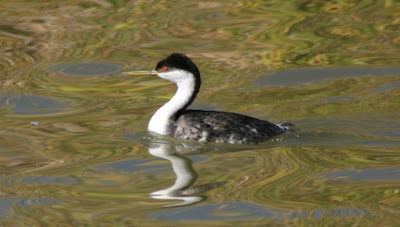 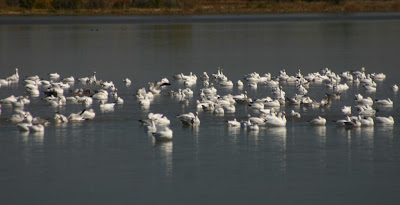 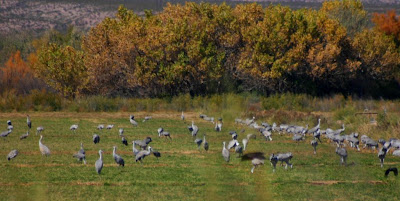 New Mexico is also noted for their very dark skies. There are few cities nearby and therefore there is little or no night time light pollution. We took advantage of this and did some star gazing. It is the first time we have had an opportunity to use our telescopes since we have been on the road. Since it had been so long since we used our astronomy equipment pretty much everything that uses a battery needed a new one and we had forgotten how to use some of it. Also we were very rusty at finding our way around the night sky. All that being said we had a nice time tracking down star clusters and a few galaxies. (Sorry but we don’t have any pictures from our astronomy session)

One final picture of fall in New Mexico 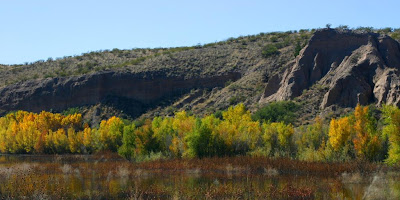